Hadyn Jones keeps his psyche and gets Kaabah

Well-known Raven Tor and Peak limestone addict Hadyn Jones has kept his head and got his Xmas tick on Kaabah.

There are few climbers who are quite as psyched as Hadyn; think Duracell bunny and you’re in the right ball-park. If there’s anyone keen for a Tor session – it’s Hadyn. It’s an enthusiasm that took him from a beginner to an F8b+ route climber within three years and now two years on he’s ticked Kaabah his first F8c+. 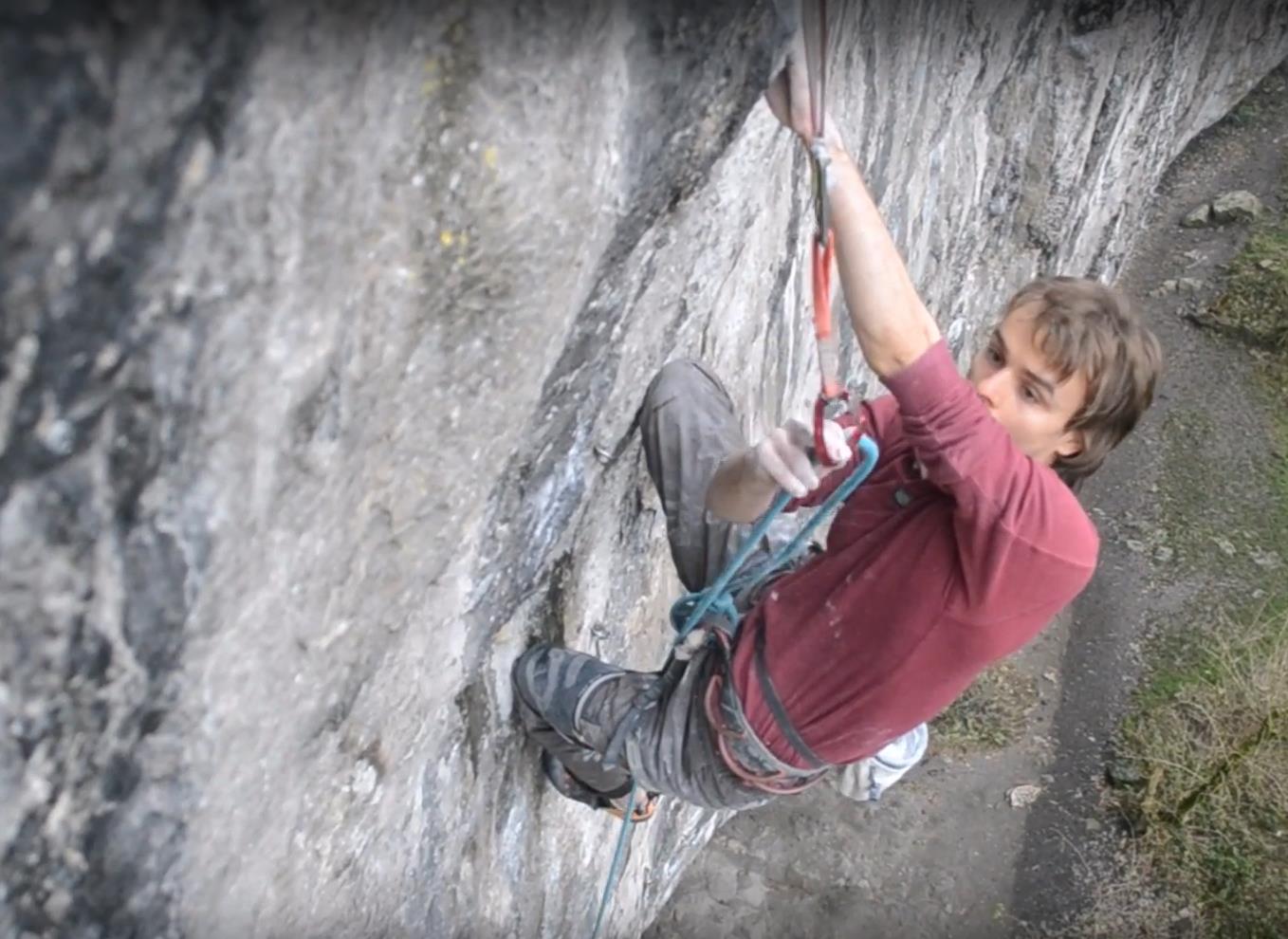 Hadyn Jones on an earlier attempt of Kaabah. Screen grab

Let’s talk a bit about Kaabah – that’s got an interesting linage too. Originally climbed by Steve McClure as part of a Petzl Rock Trip, it’s become one of the Tor’s popular test-pieces. That’s popular to try that is; not quite so popular to tick. In fact Haydn is only the eighth person – we think – to get the tick; the last was Alex Megos back in the summer. Steve originally thought that it was a bottom end F8c+; Alex Megos however told the world that he thought that it was harder than Hubble!

CLIMBER has managed to catch up with Hadyn for his thoughts on Kaabah. Controversially perhaps - we also wanted to pick up with him about the grade of Mecca – that’s the grade of Mecca when it’s climbed without the kneebars – something which Hadyn did for the first time just days before doing Kaabah.

Strap yourself in – it gonna get bumpy. Here are Hadyn’s thoughts…

Kaabah egh – great tick and a great end to the season?

Yeah, happy to seal the deal on it before I get busy with Christmas stuff. End of season though? I think not, I'm hoping to get Hajj ticked off before the New Year. Fingers crossed the weather plays ball.

Can you tell us a bit about your build-up on Kaabah and the training you’ve been doing?

Build-up wise, I first tried it late in the spring but it was too warm and I couldn't hold the holds. Then autumn rolled in and I started trying it again, several sessions later and I had my sequence on the top wired.

Then disaster struck, seven split tips in about two weeks meant I had to lay off the anti-hydral which basically means game over for me. Six agonising weeks later I had fresh skin and was good to go again.

With fresh tough skin things went smoothly and I was able to climb on the route one day on one day off and it went within a week.

Training wise I've just been bouldering a load. I would set lots of silly challenges outside like try and do 5 laps of stamina band and 10 laps of Ben's roof etc.. Lots of double days too, so I would go climb outside then come home have dinner, chill for a few hours then hit the School and try and boulder the hardest things I could.

So how did it go on the day?

The day I finally did it my body was pumped with adrenalin before my first go due to knowing it could happen any redpoint. This lead to one of my worst redpoints for days on my first go when I was shaking like a shitting dog and I fell off low. Somehow on my second go I managed to totally chill out and relax just before setting off and climbed smooth and controlled to the top. Definitely one of the best euphoric feelings I've had from climbing when I clipped the chains.

It’s been a remarkable late season – and it quite astonishing that the Tor is still in such good nick. How have you kept your psyche going when most folks have packed-up for the year and moved into training and/or grit bouldering?

Psyche is one thing I don't have trouble with which if you've met me you'll know. I'll happily climb on the lime all winter through if it holds out, but usually a storm comes then it craps out for the winter and I'm forced to pack the harness away. As for the luck-based, scrittle lottery shit, never really been motivated that much to climb on it.

Let’s get controversial for a moment. You first did Mecca two years ago and you’ve also done Mecca Extension. However, it’s only recently that you did Mecca without the kneebars using what some still consider to be the proper sequence and the pre-requisite for the F8b+ tick. You’re quoted as saying that Mecca was ‘a lot harder’ sans kneebars so what’s your thoughts on the grades of the respective versions?

You recently moved to Sheffield. What was the driver for that and has that given you a boost at all?

Firstly it’s not like I've moved up from London. I've actually moved further away from climbing by moving to Sheffield, (45mins to the Tor now instead of 20). So the motivation certainly wasn't to move closer to the climbing. I'd say a big factor to play was thinking that this winter when the weather finally does crap out I'll be able to use the world class training facilities that Sheffield has to offer to try and right some wrongs (mainly that I'm actually piss weak).

To be honest I've never thought about long term goals, I just take it one season at a time and improve upon the last so I guess my goals for next season would be 9a, a couple I had in mind would be Britain's favorite Rainshadow, then more locally some training links like Pump up the Stamina.

Non climbing wise – it’s work stuff. I'm hopping by the end of next year to make a living off of free-lance coaching & setting.

Thanks to Hadyn for the insight into his training for Kaabah and for his thoughts on the grades of Mecca – with and without kneebars. Incidently, Hadyn’s views on Mecca’s grade are shared by a number of other climbers although not all – long may the debate continue.

Finally, CLIMBER would like to say that we’re pretty sure Hadyn was only joking about climbing on the Grit…then again…