As we emerge from Xmas and race towards 2015 much of the Peak’s grit is locked-down under a thick blanket of snow and freezing temps. Devotees – ie those who haven’t climbed aboard a jet to Europe - are either sucking it up and fighting the snow or else staying indoors training and slowly succumbing to cabin fever. Just getting to the crags is quite a challenge – actually getting stuck-in and achieving anything is on another level – although not entirely impossible as we report later. The incoming warm front, predicted to cross the middle of the country later this week, should see the snow melt away and then maybe, just maybe, it’ll be game-on if/when temps drop back again.

Reports suggest that the snow stops around Wakefield at the time of writing so we’ll start the report with what’s been happening up in the northern gritsphere. Hot news of course, as already reported, are the repeats – the tenth and eleventh respectively - of The New Statesman (E9 7a) at Ilkley by Messrs Dunning and Atkinson.  The usual bouldering venues have seen a fair bit of action on the repeat front. Firstly, lets start with a special mention to the ever-green Paul Craven who has been ticking away nicely chalking up successful ascents all year. Following on from Sweet Dreams (Font 8a) at Ilkley and Heaven in Your Hands (Font 7c+) at Brandrith (which is incidentally said to be very good) which Paul did earlier in the year, Paul has managed to keep his momentum going and has already knocked-off Houdini Direct Start and Cracker Jack – both Font 7c+ and both at Woodhouse Scar this autumn. Lee McAvoy’s 2013 bloc, Houdini Direct Start, has had a number of ascents in fact (Tom Peckett and Mike Adams – we think) and is coming up as a three-star problem. Elsewhere, Peter Wilkinson has been repeatedly banging out hard repeats with Demon Roof Footless (Almscliff) as well as Sideliner (Crookrise) and The Fonze (Brimham) all Font 8a all happening in the last two months. 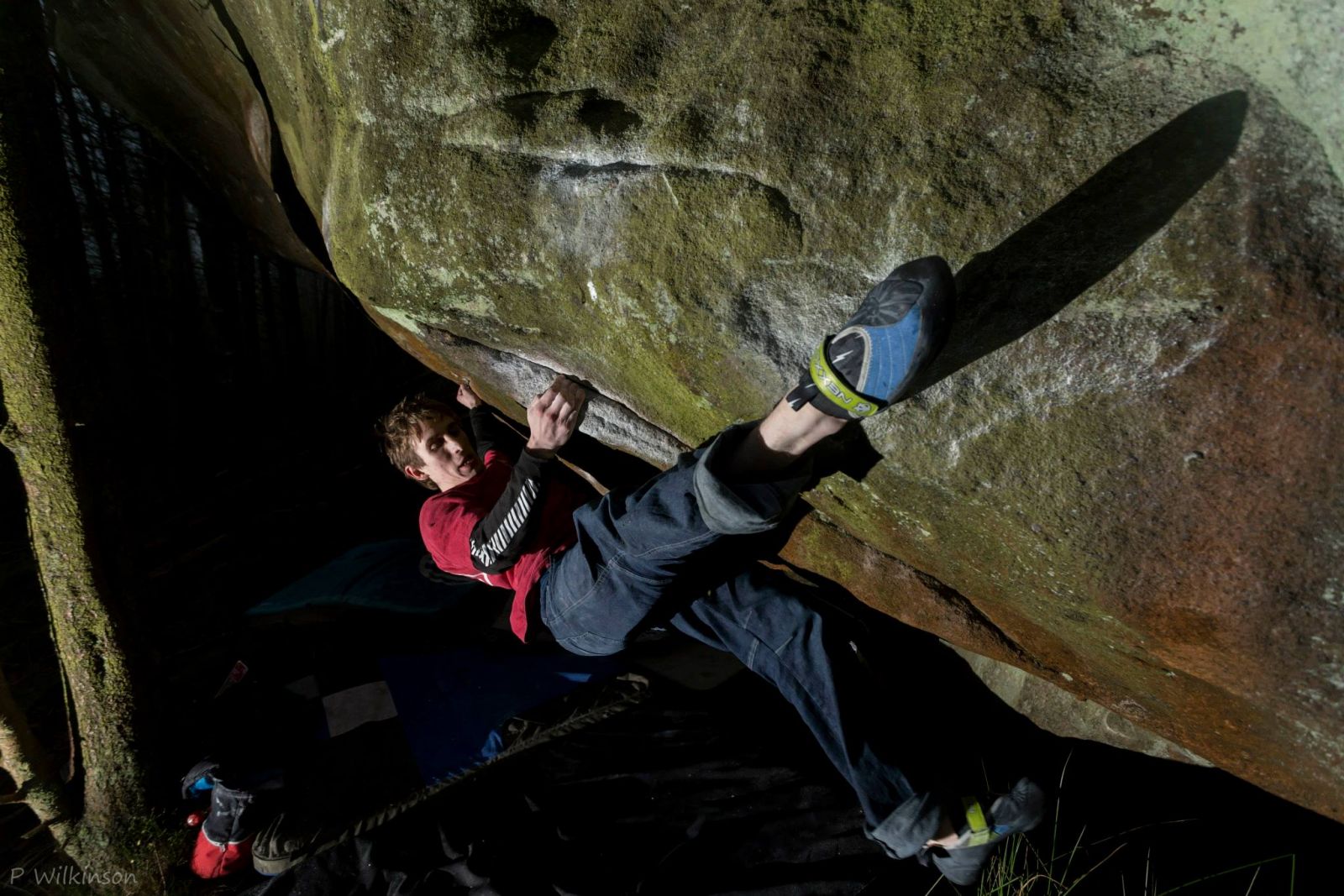 Back down in the Peak hard grit route action has been a little limited since the spring when Neil Mawson’s repeat of the re-modelled Parthian Shot was the big news. Froggatt however, seems to have been popular recently with Narcissus (E6 6b) getting multiple ascents; firstly a few weeks back and then again on Sunday Dec 28th. Further south, The Angel’s Share (E8 7a) at Black Rocks has just seen a rare repeat by Mark Rankine.

Ned Feehally has been grabbing perhaps more than his fair share of first ascents starting, back in late August, when he did Stumble. Stop. Repeat (Font 7c+ or E8 7a) at Eastwood. Stumble. Stop. Repeat is on the every cusp between highball bouldering and routes, according to Ned its “Probably font 7c+ climbing in a position where you really don't want to fall off. It is at a height where you can dangle and drop off in control (just) but the landing isn't perfect and the nature of the move means that if your knee scum slips or your foot pops mid move you will land on your back.” Ned’s other additions, being shorter, will perhaps be of more interest to boulderers. Firstly, and as we reported previously, Ned did what appears to be a rather full-on but as yet un-named new Font 8a on the Douglas Boulder at the Roaches. He followed this with Anchor Management (Font 8a+) at Birchen in late November. This new line came from a tip-off from the Peak bouldering Guru, Jon Fullwood and it takes the bulge between Lowside (Font 6c) and The Brigand (Font 8a). It took Ned a couple of visits but he sounds quite chuffed with the result. Tom Newman, who originally tried the problem with Ned, managed to get good conditions a while later and he fired-off the second ascent. 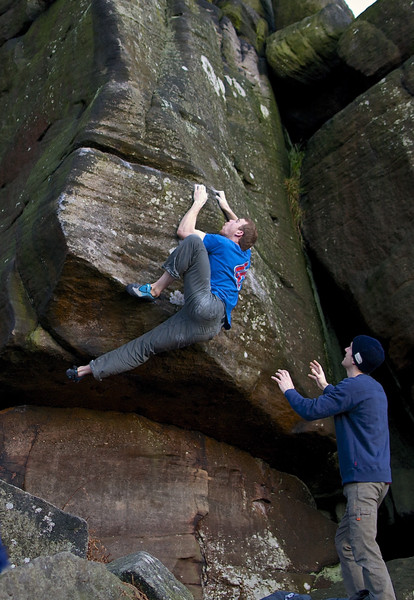 Hard bloc repeats have slowly been notching up as well. Full Power (Font 8a) at Gardoms was done by both Ethan Walker and Rob Smith. A team up from Bristol, including GB Junior Bouldering Squad member Hamish Potokar, has been active over the last couple of days in the Burbage area. As well as having a session looking at Voyager they’ve repeating a number of classics Westside Story (Font 7c), Western Eyes (Font 7c+) and The Terrace (Font 7c) – this despite the snow. However, perhaps the best repeat of the autumn has been Alex Waterhouse’s repeat of Careless Torque (Font 8a) on Sunday Dec 28th. Alex, a member of the GB Junior Bouldering squad, had previously worked Careless Torque back in November and was able to seal the deal with just two more visits – both of which were during the recent snow. 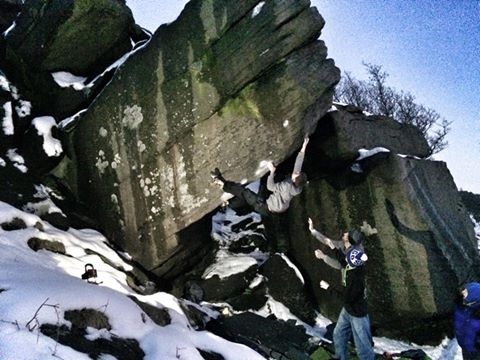 Thanks to Paul Craven, Jon Fullwood and Mike Langley for additional info and to the photographers for the use of their shots. If you want to see more of Pete Wilkinson’s photo’s click through here for his flicker feed…