Greg Boswell does Okey Kokey with a bear

Okey Kokey with a bear? You put you left leg in...you put your right hand in... is just one of the comments on Greg Boswell’s FB feed following his very close encounter with a grizzy bear whilst climbing in Canadian Rockies with Nick Bullock. 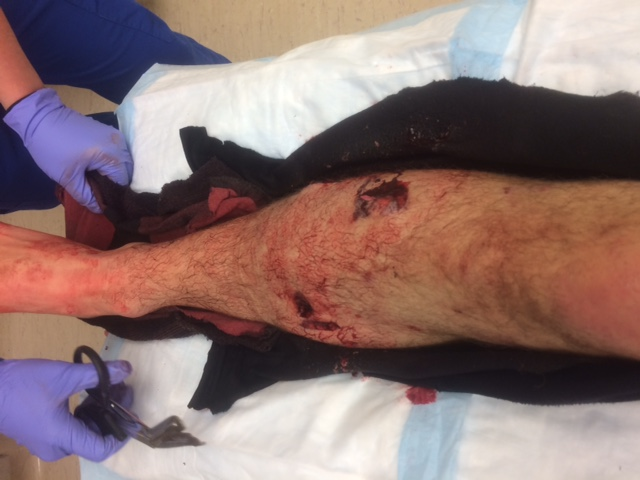 Like most people who go climbing in the ‘out-back’ in North America, Greg Boswell and Nick Bullock would have been aware of the potential danger. However, in a pretty rare incident, they were attached by a grizzy as they descended off Mt Wilson in the Canadian Rockies. Writing on his blog, Nick Bullock sets the scene well; “…we thought we would try going big and attempt the second ascent of a climb called Dirty Love. Dirty Love is a five hundred metre, twelve pitch Alpine climb, high on Mt Wilson which is off the Icefields Parkway, the road that runs from Lake Louise to Jasper. No coffee shops, no people, wilderness, emptiness, alone… almost!”

Nick goes on to describe the complex approach which involves a number of ‘approach pitches’ and several hours of slogging up snow slopes to get to the base of the climb. Their objective was to establish a trail through the snow in advance of their climb a couple of days later. Having done the approach pitches – and leaving the trees behind - they abandoned ropes and climbing gear for the flog up to the base of the corner. It was later when they returned to the trees that the attack occurred. Nick’s description on his blog of the attack is excellent so check it out (link below). In summary however, the bear attacked Greg who had fallen over trying to escape. During the attack it sunk its jaws into Greg’s leg whilst he tried to fight it off using… his hands! Amazingly, they escaped the bear and then had several hours in the forest re-tracking their steps and abbing down walls/gullies. Greg was subsequently patched up in the Banff Hospital. 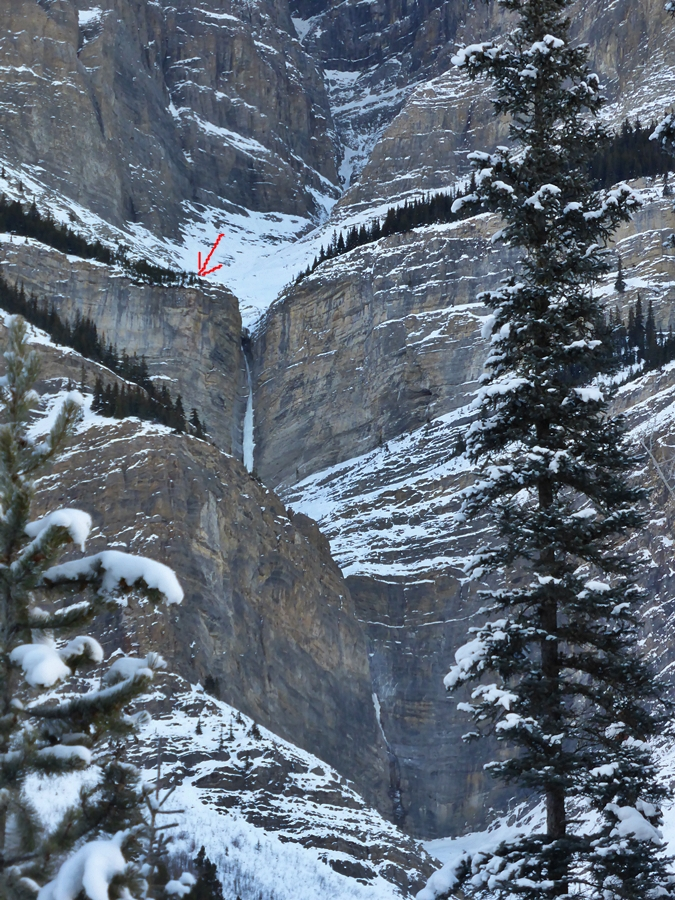 The scene of the attack on Mt Wilson. Photo Nick Bullock

Of course, the main stream media have lapped the story up. Greg’s reputation as a hard-man is close on red-lining now. Arguably, there is a couple of take-home points in the story given it pin-points some essential traits which are necessary for success – resilience and tenacity. Clearly, both Nick Bullock and Greg Boswell have both in spades. 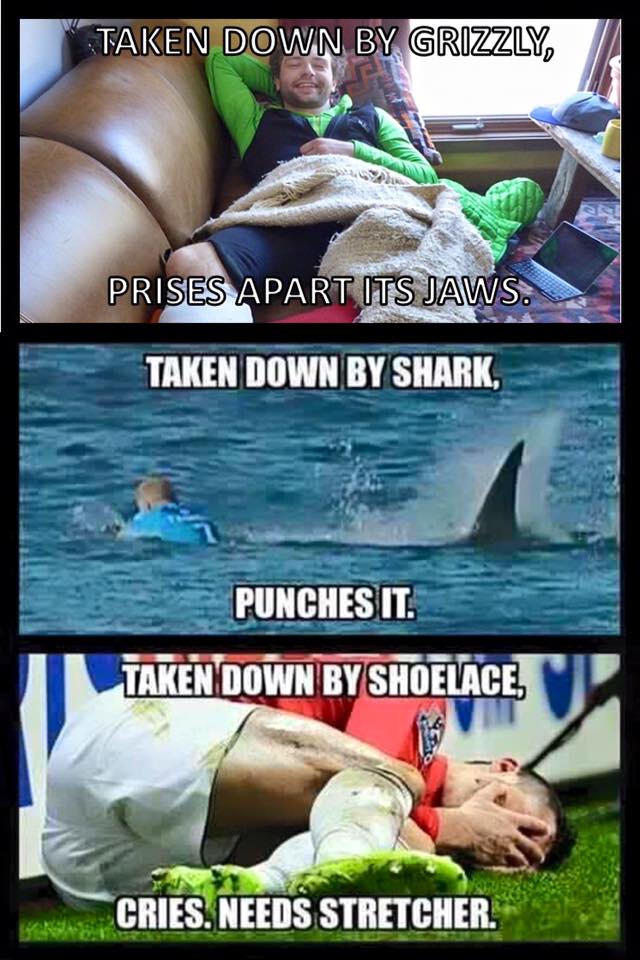 The good-natured banter on FB toward Greg having survived the grizzy attack is not untypical of social media and arguably it’s very British.

Click through here to go to Nick Bullock’s blog and detailed account of the grizzly attack as well as the routes he and Greg had been doing prior to the attack.