Both France and Italy have seen the addition of two new F9bs in the last few days; Adam Ondra adding C.R.S. to a cliff near St Leger whilst Stefano Ghisolfi added Lapsus at Andonno. 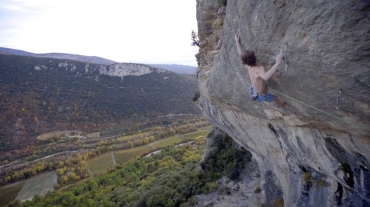 Adam Ondra on C.R.S. at Mollans. Screenshot from Bernardo Gimenez

Ondra has been focusing hard on his competition climbing this year, last month winning gold in the Lead event at Wujiang, China. That said, Ondra has repeated both Classified (F9a) and it’s sister route Modified (F9a+), in the Frankenjura recently so, as ever, he’s never far from the cutting edge irrespective of his particular focus.

Ondra’s ascent of C.R.S. at Mollans, a cliff near St Leger, is however a remarkable achievement given he completed it in just three days! To quote Ondra himself: “What a moment! Extremely satisfying ascent, nice to feel progression on real rock. This route bolted [by] Seb Bouin is [the] ultimate power-endurance testpiece, combining desperately physical overhang with extremely thin holds on the very top. Last try, last day, three days in total and one try two years ago. Never did a 'real' 9b so fast,”

Ondra’s ascent of C.R.S. – his thirteenth at that grade according to 8a.nu – puts him firmly ahead of the world’s best sport climbers. Chris Sharma, with eight F9b’s to his name, is in second place on the list which includes just eight climbers to have done F9b ascents.

Incidentally, Ondra speaks very highly of Mollans; “This cliff (close to St Leger) is the future, ranked number 2 after Flatanger for me in terms of 9b's and more...and it is not secret spot any more..." C.R.S. was bolted by Sébastian Bouin who did Chilam Balam in May, making him one of eight climbers to redpoint F9b. 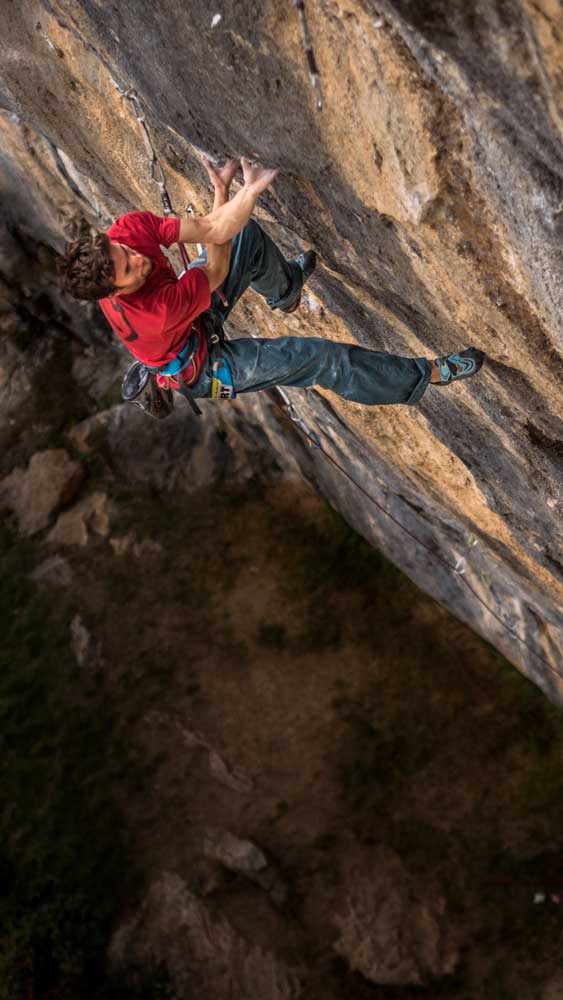 Meanwhile, over in Italy, Stefano Ghisolfi has recently added what he believes to be his and Italy’s first F9b at Andonno.  Ghisolfi is on record as saying: “I propose a new grade for me and for Italy.” Ghisolfi has had an amazing summer repeating both Biographie/Realization (F9a+) and Demencia Senil (F9a+), both of which are Chris Sharma routes. However, Ghisolfi believes that his new route is harder than both these routes.

Ghisolfi has named his new line Lapsus and describes it has a link-up between Nola (F8c+) and Anaconda (F8c). Apparently, Ghisolfi has been close to the line for some time but his breakthrough came when conditions were just right and he climbed it on his second go of the day. Ghisolfi added:    “I'd like someone [to] come to try it soon to confirm the grade, maybe Italian history has been made!!”