As the final day of the British Bouldering Championships looms large at Sheffield’s Cliffhanger Outdoor Festival, the biggest names in British competition bouldering are well-placed going into the semi’s. Complacency will not figuire in their game-plan however as there’s a whole host of young talent snapping at their heels looking to step up into the senior comp scene and collect their first trophies. There are also a number of overseas climbers getting involved in the comp as well looking to spoil the party and make-off with some of the iron-ware.

Dave Barrans in action in the qualification round. Photo: Andy Botherway

No less than six male competitors – Phillips, Barrans, Burns, Coley, Garden and Parkinson – all topped out all five blocs in the qualification round albeit with differing numbers of attempts. With experienced blocmiesters like Messers Landman, Arnold and Partridge snapping at their heels however to say nothing of the maturing talents of Potokar, Rydal, Waterhouse and Pope lurging not far behind the semi’s are going to be no stroll. 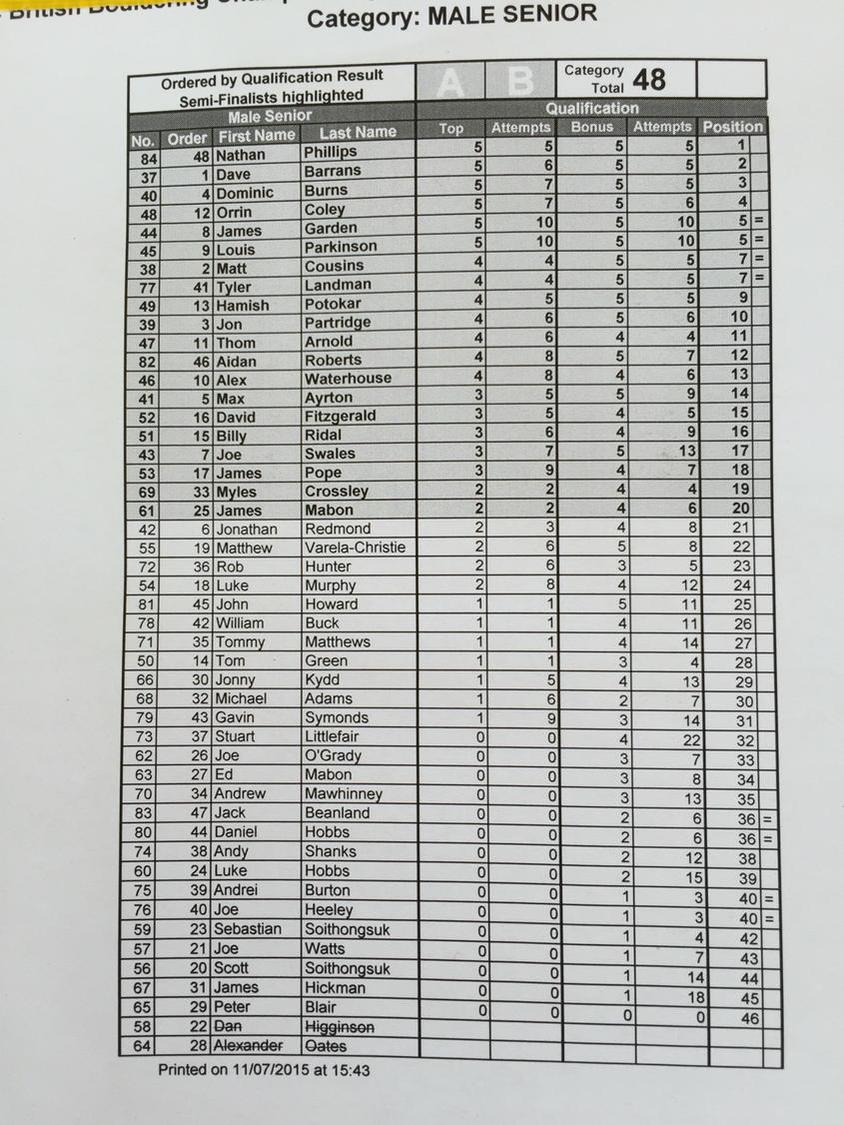 Diane Merrick in action in the qualification round. Photo: Anita Aggarwal

That Shauna Coxsey heads the women’s comp is perhaps no surprise but alongside her in joint first is French and fellow World Cup competitor, Fanny Gilbert. The experienced hands of Leah Crane and Diane Merrick are sitting pretty close too so again the semi’s are going to be a closely-fought round. 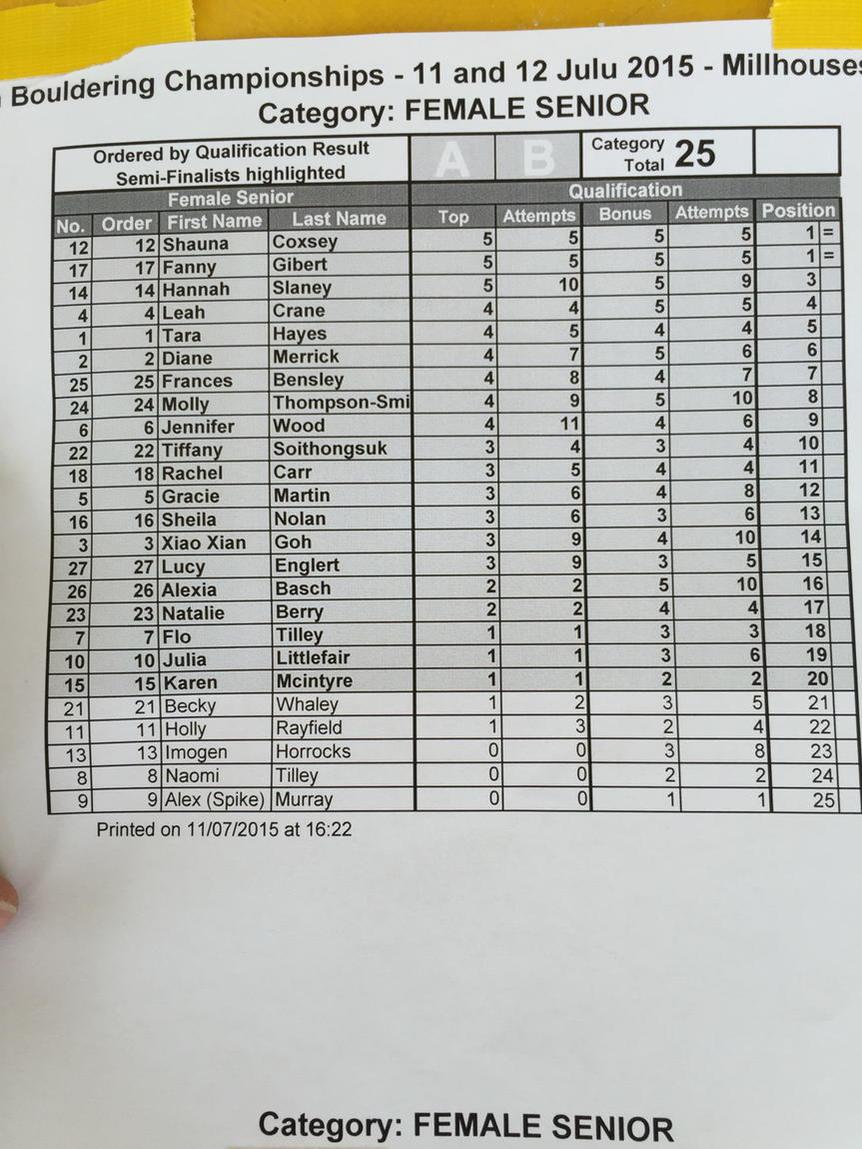 Finally, here’s a reminder of the intended running order for today’s action as the competitor emerge from the tunnel to face the action… 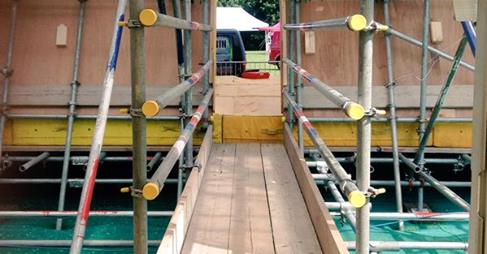