Taking full advantage of the late-season conditions in the winter of 2019 Fabian Buhl made an ascent of a rarely-formed ice dagger on Seebenseefall, Austria. 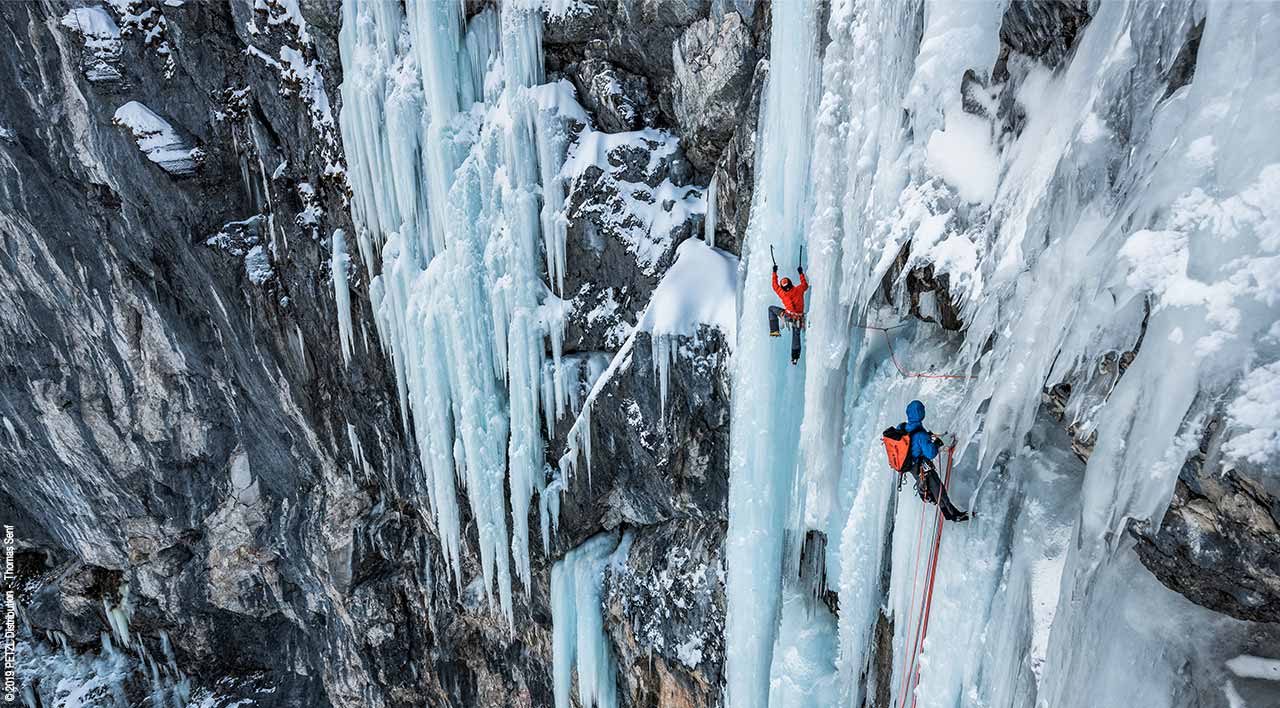 Climbing on the rare-formed ice dagger on Seebenseefall. Photo: Petzl

‘We enjoyed another great winter in 2019’ writes Fabian Buhl on a new post on the Petzl website ‘with lots of ice to climb. Conditions were typical for my home mountains, although water was trickling down the Seebenseefall just a little bit differently than usual. The classic, easier top out was not in good condition at all, but an incredible hanging curtain of ice had formed. By the end of the season it was in perfect condition, as was the impressive dagger on the left side of the wall that rarely forms, but when it does, figures among the most beautiful formations I have ever seen.’

Buhl goes on to explain that he had climbed the classic Seebenseefall route with Alex Huber the day prior to his ascent of the ice dagger but that the opportunity of climbing the ice dagger was just great to ignore to he returned again to bag the ascent.

Buhl again; ‘We decided to go back in order to try the direct free-hanging icicle, a dagger just begging to be climbed and too tempting to ignore.’

Buhl explains how the start of the ascent went; ‘Having climbed the lower section of the route the day before, we made haste of the first few pitches. The next pitch, on less than stellar ice, led to a belay on a well-protected ledge that provided a great view of the free-hanging icicle.

After a short break to assess the situation, all looked good and I started to climb, carefully picking my way up the ice. After making sure that it supported my weight, the climbing was pure bliss. How lucky we were to be in the right place at the right time for such great water ice. Once reassured, I placed a screw and pondered the next few moves. As I looked to my left, I could see a section of incredibly technical terrain and noticed a line first put up in traditional style but yet to see a free ascent. This line veers off the classic Seebenseefall route by traversing a rock slab that stops beneath a thin and delicate icicle that seemed barely attached to the rock. In general, it never fully forms.’ 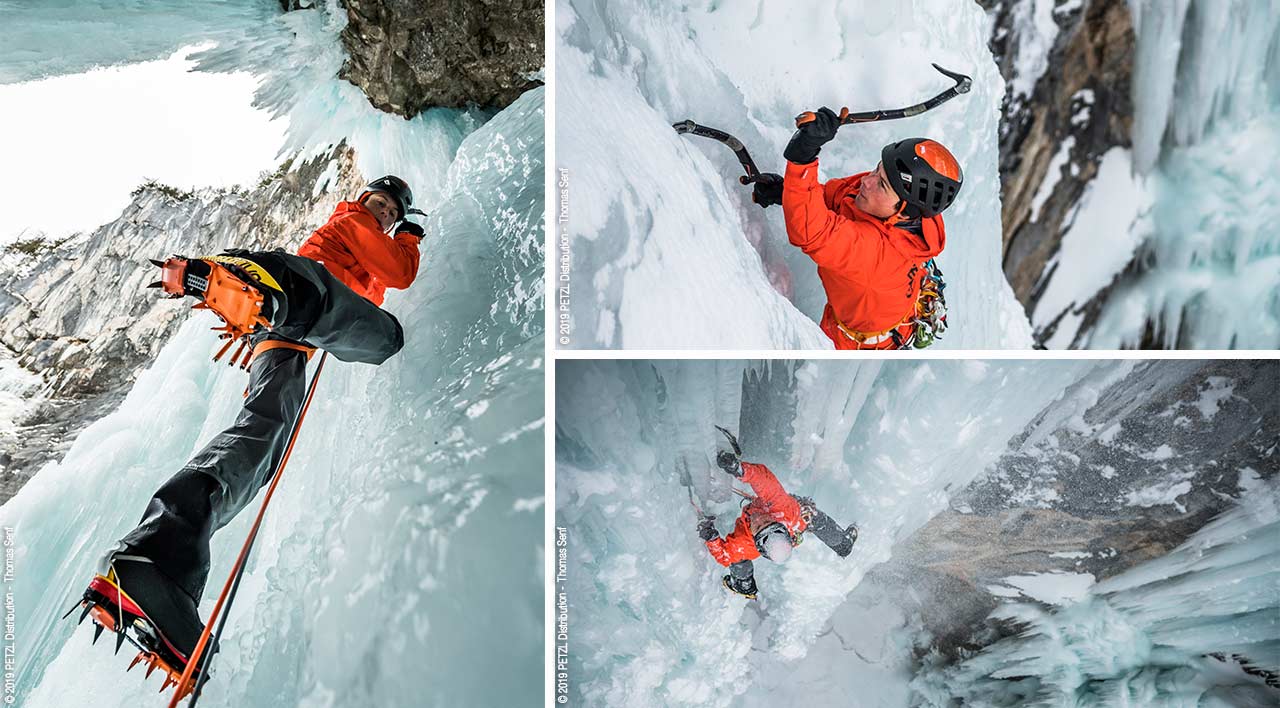 Climbing on the rare-formed ice dagger on Seebenseefall. Photo: Petzl

Then things got tricky; ‘A section of mixed terrain leads up a chossy crack that requires torquing your tools while praying that the pitons will hold in a fall. The ice on the upper falls was thick enough and well-adhered to the rock, so we felt confident climbing the infamous dagger. The dramatic setting in Seebenseefall’s huge amphitheatre created a truly singular yet somewhat intimidating experience. The climbing proved terrifying. The diameter was so thin that it felt more like I was hugging my way up the ephemeral dagger than climbing it.’

The day after they’d completed the climb, the ambient temperature rose and the route was no longer climbable.

Click through here to go to the Petzl website to keep in touch with what their athletes are doing.