Despite the decidedly warm and wet weather over much of the UK the conducive conditions up in the Highlands over recent days have facilitated a clutch of winter ascents.

It’s a month or so now since the first winter routes this season were done but since then it’s been a something of a slow and patchy period. However, last weekend teams were out in force seeking out suitable early season targets. Not surprisingly the bulk of the action happened on the high crags with The Ben and the Northern Corries being particularly appealing. Teams were also in action elsewhere such as in Glencoe and farther north up on Beinn Eighe.

The word on-line is that whilst substantive build-up has not yet occurred the easier angled routes as well as the cracks had a ‘good dusting’. As usual early season, route choice is limited and pretty critical. Matt Stygall and his partners Keith Ball snatched a four-day trip. 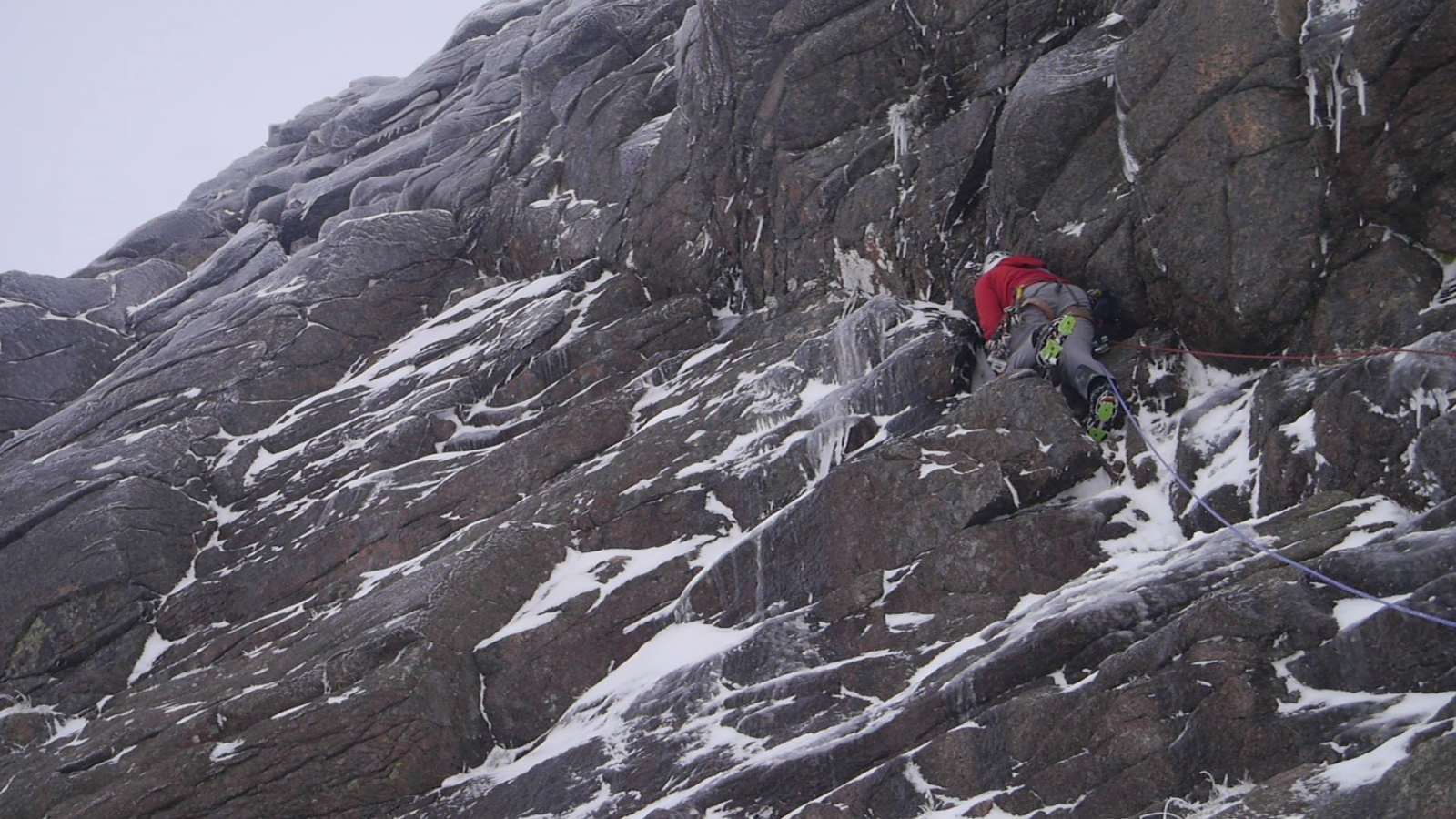 Posting on FB Matt said; “We were lucky with the weather. So me and Keith Ball had 4 days climbing and then the weather was looking warm”. Making good use of conditions they returned south with several good ticks  - Sterling Bomber (V, 7), Slaterless (IV, 6), The Citadel (VII, 8), No Blue Skies (VI, 7) and Postern(VII, 7) - and no doubt feel pretty chuffed with their haul. Matt again; “It was a very good trip we did have one more day of weather but Man flu and a tired body got the better of me.”

Finally, thanks to Matt for the photos; follow him on FB via his Matt Stygall Guiding page here.