European female climbers are consolidating their performances at the highest levels within sport climbing this autumn.

In 2011 Sasha Digiulian started to close the gap on Bereziartu’s outstanding achievements when, climbing in the Red River Gorge, she onsighted an F8b+ and redpointed Golden Ticket (F9a).  Now however, it seems as though the floodgates are opening and more women are consolidating in the higher grades. Freed from her World Cup training and programme, Slovenian climber Mina Marovic has had a stunning month in Spain firstly redpointed Fish Eye (F8c) - her first route at that grade – before onsighted Los Humildes pa casa (F8b+). Both are at Oliana.

Top Austrian climber Angela Eiter is also well in on the scene with some big numbers to her credit since quitting the international competition scene. After her first ascent of Hercules (F8c+) at Götterwandl she repeated Zauberfee  (F8c+) at Arco and then did Hades (F9a), her first route at the grade in October. Since then, Eiter has gone on in late November to add a second F9a redpoint to her scorecard, Big Hammer at Pinswang in the Tyrol. Given she has climbed a total of five F8c+ and two F9a this year she's done her bit towards moving the bar upwards on female climbing. 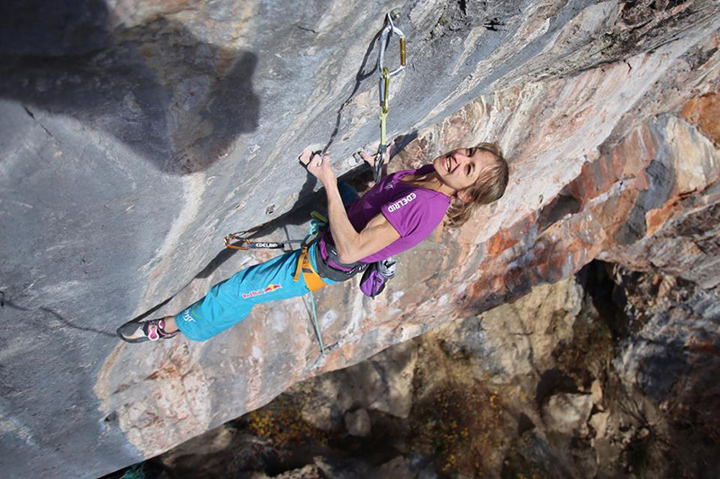