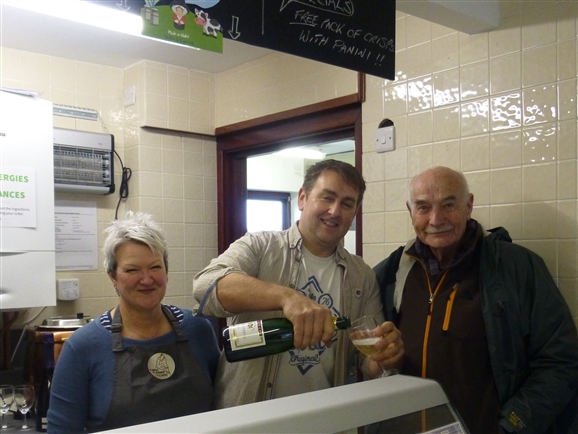 Eric’s has run the café – with his wife Ann – for what seems, frankly, forever! Now aged 81, Eric continues to have a very full and active live climbing, sky diving and riding his motorbike! Eric’s list of climbing achievements is both long and distinguished. Highlights included a solo ascent of the Bonatti Pillar in 1969, solo ascents of the North Faces of the Matterhorn and the Eiger (both first British soles). He came within an ace of summiting Everest (sans oxygen) with Rheinold Messner and Peter Habler in 1978 but had to turn back because of frostbite. Eric has also pushed the boundaries in base jumping, sky diving and high altitude balloon flying doing what is believed to be the first ever base jumps off the Eiger and Cerro Torre as well as being a team member on the Everest balloon crossing.

New owners Gareth Streatfield and partner Jo, will be running the café going forward and very much welcome climbers to the café and Tremadog - especially to the Tremfest in April 2018.

Click through here to go to the BMC news page for more details on Gareth and Jo and the forthcoming Tremfest which is scheduled for April 21st.