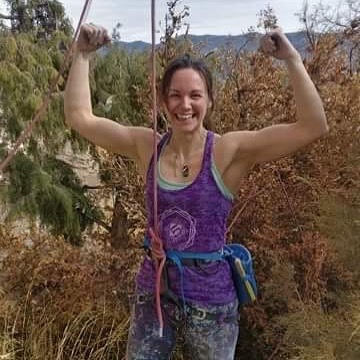 With hard headpoints, Rare Litchen (E9 6c) - Oct 2013, as well as hard redpoints, Unjustified (F8b+/c) -  August 2014 to her name Emma has been part of a group of female climbers pushing the boundaries of female climbing standards here in the UK for some time. Like many top climbers however, Emma has had her share of injuries which she’s battled through and come back stronger than ever. Last year, Emma had her trad head on in the autumn and kept herself busy going through the card at Nesscliffe; click here for our report of some of Emma’s hard sends which included the fourth ascent of Cassini (E8 6c). How however, Emma has hit the very top of her game with Mind Control at Oliana. Originally graded F8c+, Mind Control is well-known as a tough proposition. Following on from Hazel Findlay’s ascent of Mind Control last year, Emma becomes the second British female climber to climb this route.

CLIMBER have been in touch with Emma for the low-down:

It's a weird one with Mind Control; yes it is hard but I think it suited my style. In true redpoint style once I knew the moves it didn't feel hard and I managed to mostly recover my way up the route. On paper it's my hardest route to date but in terms of the climbing it wasn't the biggest battle I've had with a route and it seemed to go down pretty quickly.

I'd been pretty keen to come out to Oliana for a while. I'd previously done a couple of one day hits on other Spain trips a year ago and had a brief look at Fish Eye. After speaking to Caff about Mind Control and hearing him say that Mind Control was one of the best 8c's he's ever done my heart was set on trying this route. In November I booked a trip here for three weeks in Feb. I only wanted to try something hard if I was genuinely psyched for it but after trying the moves I was immediately hooked, it is definitely a king line.

How did the whole process go for you?

The first bit is about 7c+ and maybe not the best climbing but still not bad. Once you hit the immaculate grey rock the climbing is stellar. I actually found the burly first moves the hardest on my first couple of looks at the route with Angus Kille whereas he was cruising this bit. The crux sequence and the rollover from the undercut to a gaston at the top actually suited me pretty well and I could do the moves between the draws straight away except for the last four metres which were wet. However, I needed to get fit to link it. We climbed the first day I arrived but then it snowed and rained heavily for another two days which was frustrating. Over the next couple of days I had a look at the start and had a couple of fitness burns to see if I could make it to the hole from the ground. Failing mid crux I then pulled on and went mid crux to past the roll-over so I knew it was on. I also finally got to have a look at the top bit now it was dry. A couple of days before my successful ascent I fell 4 moves from the top, I'd felt pretty steady but panicked at the top when my left foot got wet and I didn't have my beta refined. I had one more go that day but fell on the lower crux after messing up my feet, I didn't seem to have the fitness for 2 good goes. After a rest day we woke up to heavy rain; it was Angus's last day and he was disheartened as we thought the top would be soaked. I had nine days left of my three week trip. However, as team we decided to go take a look even if it was a write off. Miraculously as we arrived in Oliana the rain had stopped and it looked mostly dry. The conditions were a bit dank and humid but still good enough to have a low expectation burn. It seemed to be all I needed, I hit the top drying feet off before the last few moves, luckily the top pocket was only a little damp and I clipped the chains in disbelief that it was done. Angus came agonisingly close falling two moves from the top but I'm sure he'll be back to finish it off. 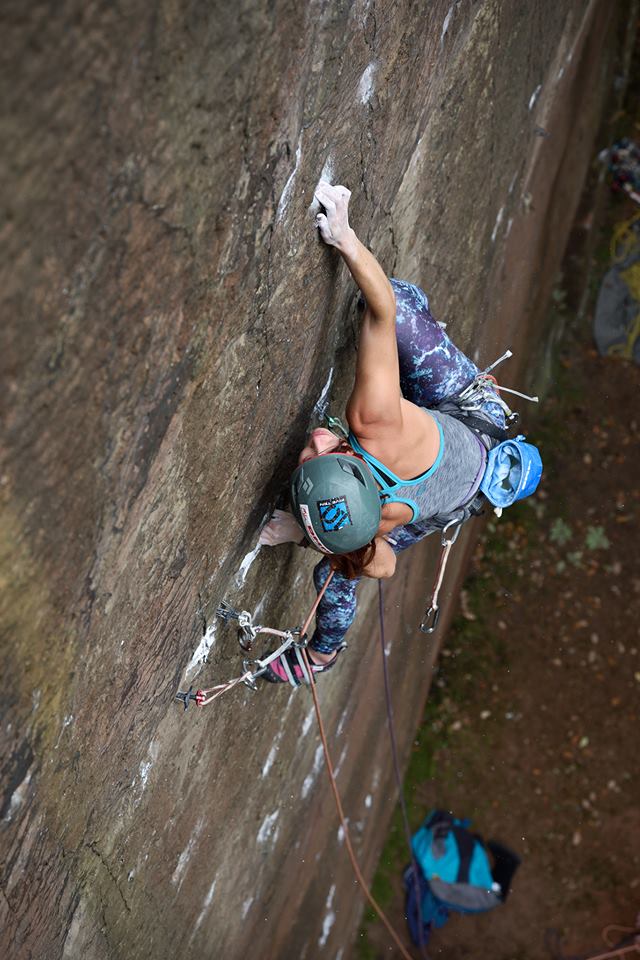 Back in Oct when you did the Nesscliffe routes you'd not been having the best of sport climbing seasons - not least you'd had a shoulder impingement earlier in the year. That's a great turn-around - assume everything is firing on all cylinders now?

I turned to trad at the end of last year because LPT conditions were bad and both my Spain trips had not turned out particularly well. One with getting all our stuff stolen and one with shoulder impingement where I couldn't climb in the second week. Two weeks before this trip my neck actually seized up again to the point I couldn't get out of bed until I'd had painkillers and a hot water bottle on my neck to release the pain a little bit. I had a panic cry in bed as I was supposed to be setting and my neck/shoulder had been pretty good the last few months. I needed a holiday so I didn't want to cancel my trip. I booked three emergency physio visits within the two weeks I had left between work and I've been careful to manage my neck and shoulder whilst out here, it’s not perfect but it’s better than I could have hoped for.

What have you got lined up next? More Spanish action or back to UK and maybe LPT?

I've got one more week here in Spain to enjoy the sunshine. The aim was to use this trip to get fit for the up and coming trad and LPT season. I find it hard to spend the whole winter in UK; it can get a bit demoralising so I wanted a motivational marker to work towards.