Nearly a year since adding Golden Shadow, his first Font 8b+ to his tick-list, Eliot Stephens has just repeated New Base Line (Font 8b+) despite lingering snow in Switzerland and a dodgy finger injury. 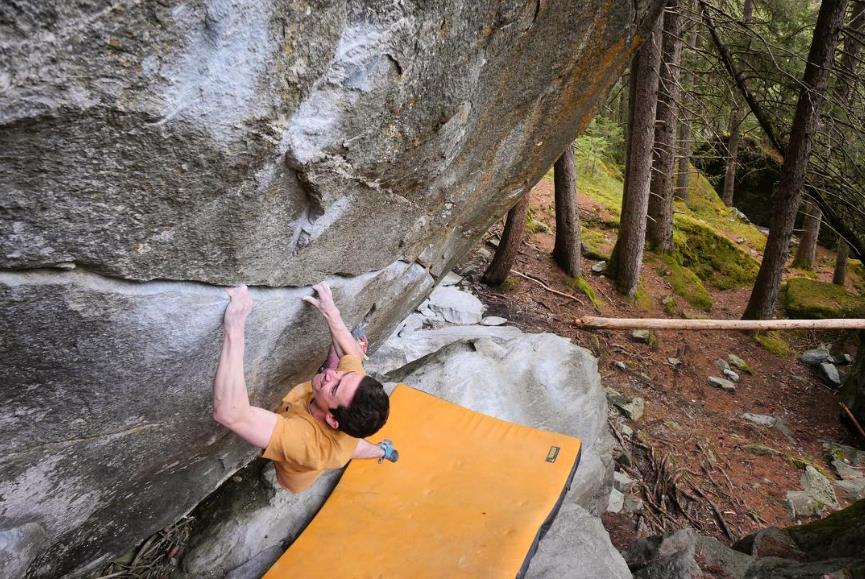 As we reported last year here, Eliot added his name to the growing list of blocmiesters who operate at the highest levels, ie Font 8b+ and above when he repeated Golden Shadow, the classic Fred Nicole Rockland’s testpiece. Eliot is just back from a two week trip to the ace bouldering venue in Switzerland with New Base Line (Font 8b+) and a whole raft of other hard blocs as well. His grade 8 tick-list from the two week trip was: New Base Line 8B+, Left Hand of Darkness Low 8A+/B, Body Count 8A+, Jacks Broken Heart 8A+, Electroboogie 8A+, Right Hand of Darkness Low 8A+, Darkiller 8A+ and The Bomb is Explosion 8A.

CLIMBER have been in touch with Eliot about his trip; here’s what he told us…

Great trip to Switzerland; New Base Line on the last day – wow! How good was that?!

Yeah not a bad day! The whole forest slowly dried out as the trip went along, with next to nothing being dry the first few days. I just got stuck into lower starts to problems I’d done before to build fitness, and did other obscure problems just to climb. So to climb that thing on the last day of the trip was a bit of a turnaround.

You were injured before this trip. Have you been training around the injury then and keeping the faith?

Yeah I’ve struggled with injuries in the past, and this last one was probably the hardest mentally for me. Initially it was probably just a very minor pulley tear, but my impatience got the better of me and it ended up getting much worse, lasting the best part of 6 months. I have always trained around injuries and tried to stay motivated as I believe those are the challenges that are far more important than simply climbing a piece of rock. It’s the ability to deal with setbacks that really show your will. During that time I focussed a lot more on gymnastic rings, basic weight training, stretching and controlled movement while carefully trying to rehab the finger.

I was hesitant to even try New Base Line this trip due to the fact it’s quite finger intense, and I wasn’t sure I’d even be in shape to do the moves. The first 30 minute session I had reinforced this feeling as it felt harder than when I last tried it 3 years ago. But given the condition of other boulders I decided to play about on it again a few days later, with only a slightly better result. On the penultimate day of the trip I decided to have a last little go to see if I could do all the moves easily enough to justify a return trip. By the end of that session I linked from the start right through to the crimps at the end. At that point I knew I should probably try it again on the next, and final day of the trip. 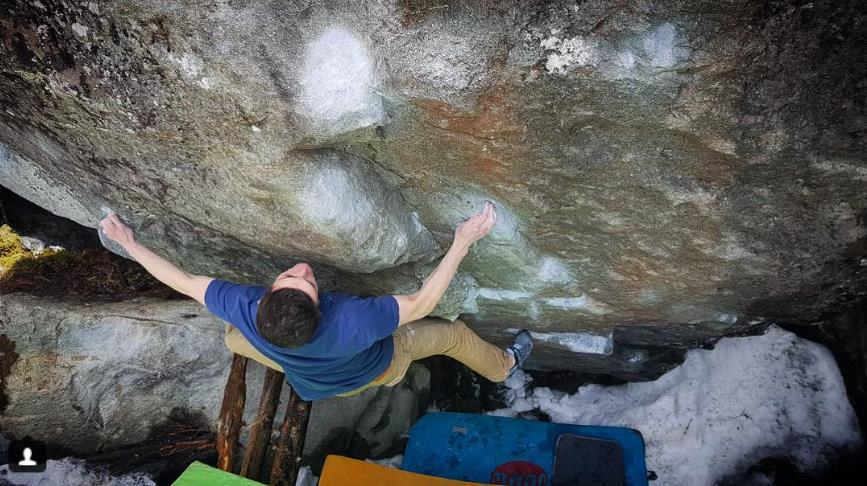 Given you weren’t sure how this trip was gonna go you must be delighted?

I’m definitely pleased. It’s an iconic boulder problem from the generation of Bernd Zangerl and Fred Nicole, and is something in my style that really appeals to me. By modern standards it’s not that hard by any means, but still represents a special boulder. It was probably one of the first boulder problems I put on that all important ‘life list’ and is, in my opinion the best line in Magic Wood.

As well as NBL, you hoovered up half a dozen or so Font 8A to 8A+/B’s! That quite a haul for a two week trip! Of all the blocs you did – apart from NBL - which did you enjoy the most and why?

Haha! Most of the other 8’s I did this trip were lowballs, atrocious links and low starts. That said, Electroboogie is a perfect little boulder. It has probably the best slopey pinch hold on the planet, some subtle Font like movement, and perfect rock. Body Count was also a problem that I always underestimated, but turned out to be one of the most fun problems I’ve done in a long time. 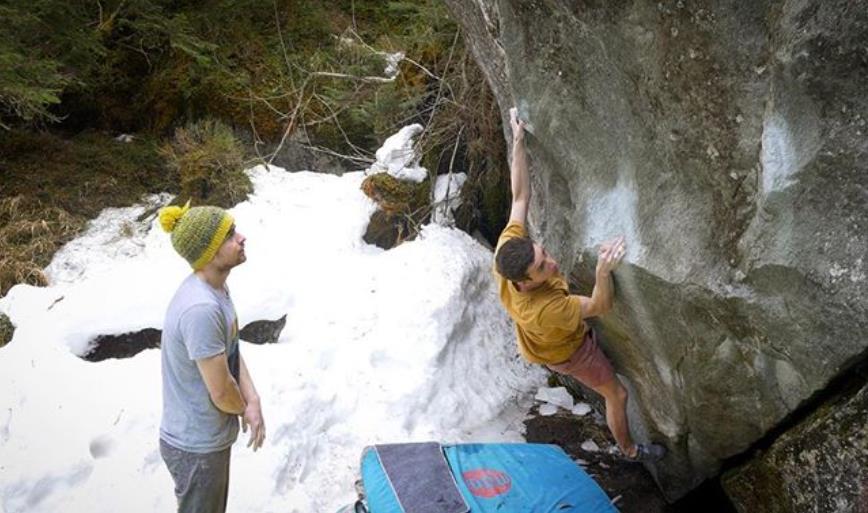 What have you got planned for the summer?

For the next month or so I plan to get back to training, while trying to maintain my skin and rock climbing IQ by climbing outside as much as possible. In June I’m heading back to Rocklands in South Africa for 3 weeks, so being in shape for that is my aim at the moment.