Desmond, the mega storm currently battering the north of the UK, has turned Malham Cove into a spectacular waterfall for the first time in living memory. 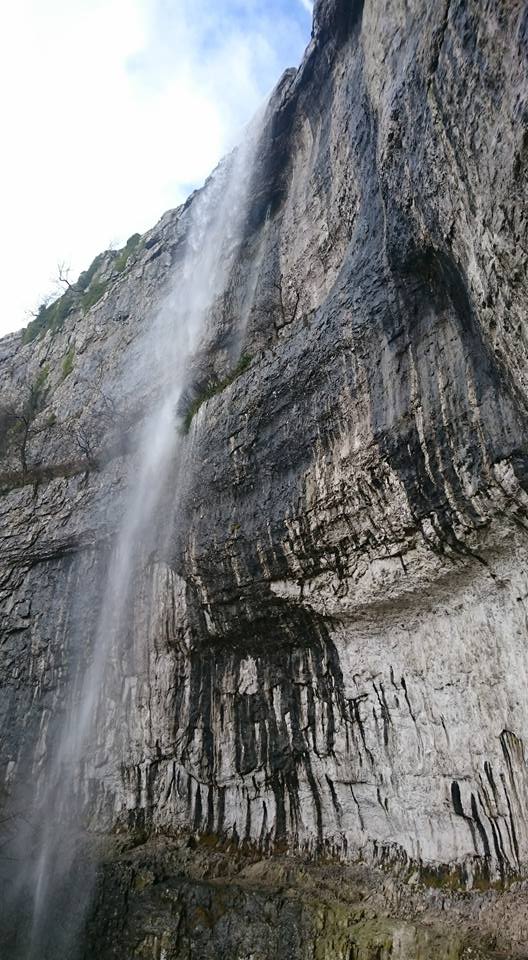 Social media has seen numerous posts over the last two days of the extensive flooding across the north of the UK. Many of the posts have been accompanied by incredible video clips showing rivers in spate, flooded towns as well as the remnants of roads and bridges which have been washed away. However, as spectacular as the clips are, none are as impressive as one showing a waterfall cascading over the top of Malham Cove. Local climber, Gareth Scott, was amongst the first today to post images of the waterfall itself. Others have posted shots of the so-called ‘dry valley’ above The Cove down which a torrent of water is currently flowing. Gareth added to his post that Consenting Adults and Raindogs (sic) were still pretty dry and would be ok to climb if anyone was so inclined!

Malham locals have also been up to The Cove and have shot and uploaded a video on YouTube showing the waterfall – see below. No-one seems sure when this last occurred. Certainly, the Malham locals – some of whom are 80 years old – have never witness a waterfall before at Malham. Some are suggesting that it might be the hundreds of years since this last happened – the 1700’s appears in one post.

Check out the video below…