Today many ainstream media outlets are covering the death on Saturday May 16th of Dean Potter and Graham Hunt during a wingsuit BASE jump in Yosemite Valley. 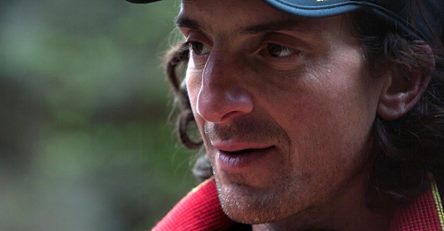 Following our earlier report yesterday (see here…) more details are emerging. It is now understood that Dean Potter (aged 43) and Graham Hunt (aged 29) jumped off Taft Point Promontory in Yosemite Valley at around 19:30hrs on Saturday 16th. However, when they didn’t return at their planned time their partners raised the alarm. The Yosemite Search and Rescue (YOSAR) mounted a foot search but found nothing on Saturday night. The search continued Sunday morning when a California State helicopter arrived in the Valley to assist. Using information from an observer who had watched Potter and Hunt’s flight on Saturday night the two fliers were located. Rangers then deployed and confirmed that both Potter and Hunt had suffered fatal injuries. Their bodies were then recovered. It is also reported that neither men had deployed their parachutes. A report on BBC News is suggesting that the two men were attempting to fly through a narrow gap in a skyline when the crash occurred.

Tributes are coming in for Potter who was seen by many – though not all - as a life inspiration.

Well-known British climber and former BASE jumper, Tim Emmett has commenting on his Facebook page saying; “A sad time for the Climbing and BASE World. Dean Potter and Graham Hunt RIP. Dean was a true pioneer of Para Alpinism and the first person to fly a 3 minute BASE jump.” Emmett explains the thrill and attraction of wingsuit BASE jumping; “Some of the best flying experiences I've ever had, Dean was usually there at the exit, sunset sessions, smiles and good times. Wingsuit flying off the top of a mountain is something I'll always remember and cherish, I feel very fortunate to have had this ethereal experience. It's unique, free and special- particularly with your amigos.” Tim however quit the sport last year. He explains; “There is a dark side, with statistics that don't add up in your favour, which is plucking people out of the sky with saddening regularity. I'm glad I stopped before it took me too.”

Amongst his many exploits Potter jumped off the North Face of the Eiger. Click through here to see a short video of that flight along with Potter describing his thoughts on wingsuit and freeBASE climbing.

Our thoughts and condolences are with the family and friends of both men.