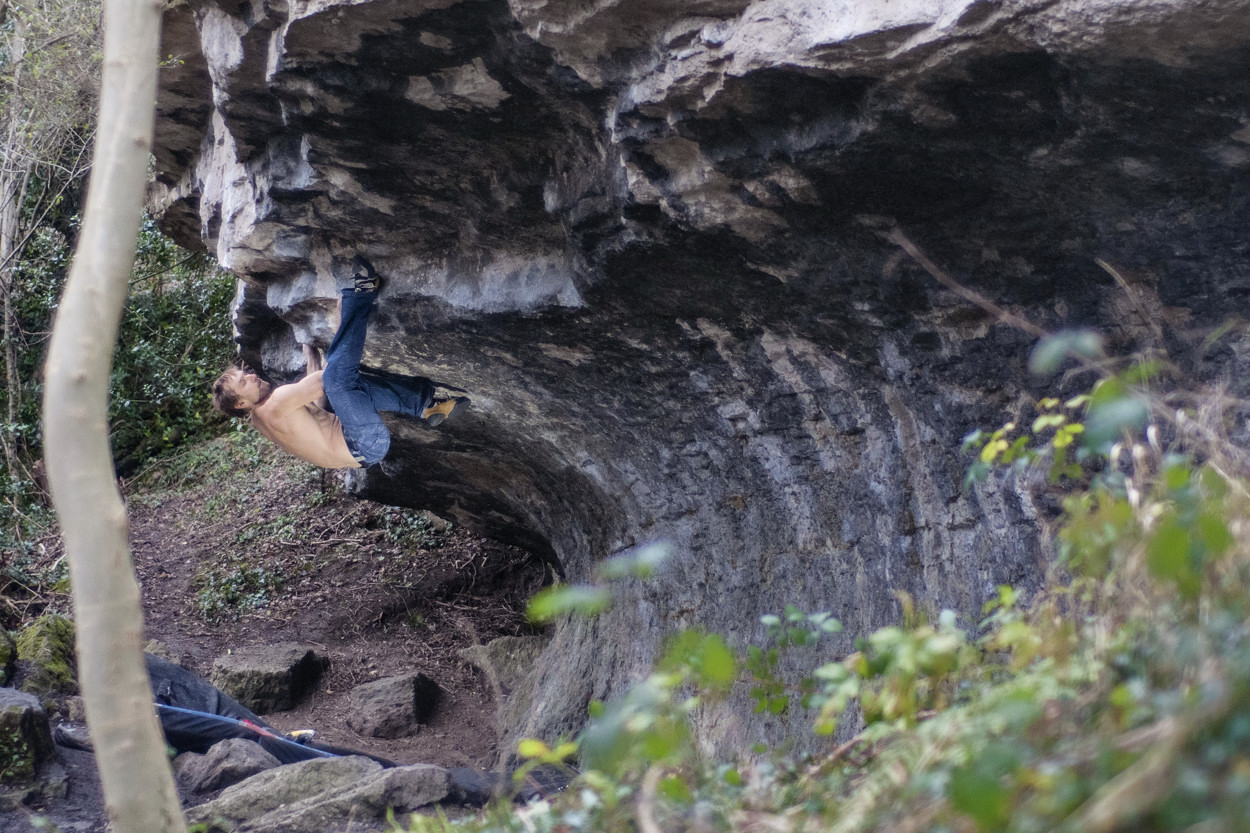 Word on the street a week or so back was that Dawid had nailed the third ascent so CLIMBER immediately got in touch with him for the low-down. However, Dawid has a full-time job along with a family so he wasn’t able to respond straight away. When we did make contact with Dawid he wasn’t happy with the images he had at that time so wanted to go back for more.

Dawid, a.k.a. Polish Dave, has long been a Sheffield resident. He’s very well known around The Peak – as are many of his first ascents and repeats. We reported last March that (here) that he’d repeated firstly Serenade (Font 8b) and then Serendipity (Font 8b+) at Impossible Roof. Clearly, Dawid has the thirst for the venue given he’s pushed-on through and now done Serenta. Not only is it the first repeat of Serenata but at Font 8c it’s a major step-up for Dawid.

Dawid told CLIMBER; “I am very pleased and surprised I did it. Relieved that a couple of years of effort (including time spent on Serenity and Serendipity) materialized in the ascent. I’m also  relieved that I didn't get injured in the process!” Dawid describes the climbing in characteristic – short but punchy – style; “It’s a brilliant line but one which can drop you almost every move.”

Like every committed climber Dawid juggles climbing against his work and family commitments. On that very point Dawid added; “I’m feeling particularly lucky that despite having a busy family life and full time job I can steel realize the teenage dream of climbing quite regularly, exploring new venues and on the odd occasion pushing my personal limits.”

CLIMBER’s best wishes go to Dawid for a job well done and taking the time to share his thoughts with us.

Dawid is supported by Awesome Walls.

Finally, thanks to Monika Janicka-Skoczylas for the photo.

Amended after original post. Ned Feehally did the second ascent in late 2015.