Austrian climber David Lama finally realised one of his mountaineering ambitions in October when he became the first person to reach the summit of Lunag Ri in Nepal. 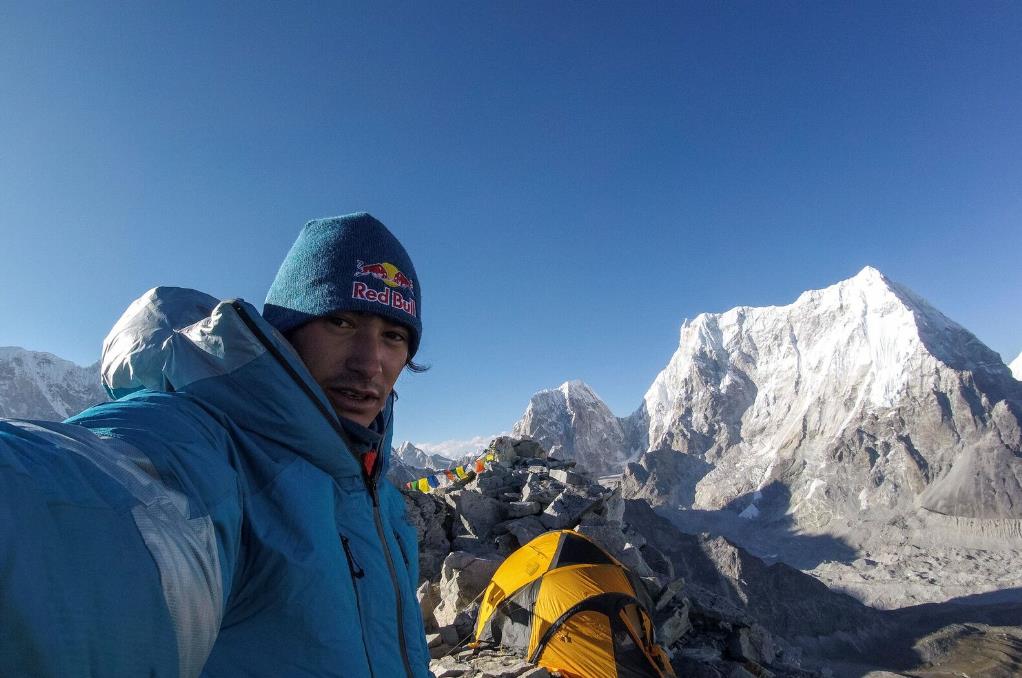 His sponsor, Red Bull, released the following information regarding his ascent:

- Lama made his first attempt in 2015 with American legend Conrad Anker, but they turned back 300 metres from the summit due to a tactical mistake.

- They tried again in 2016, only for Anker to suffer a heart attack at 6,000 metres which the 56-year-old thankfully recovered from after surgery.

- Days later, Lama tried on his own but exhaustion got the better of him 250 metres from the summit. He said, "One of my most extreme experiences ever."

- With Anker unable to join Lama for a 2018 attempt, the Innsbruck native kept an eye on the weather whilst undertaking Alps training during spring and summer with a window opening up at the end of October.

- The 28-year-old began his ascent at night and tackled the Northwest Ridge in icy temperatures of minus 30 degrees Celsius and winds of up to 80 km/h.

- Lama spent two precarious nights in a bivouac as he worked his way up steep snowfields, rough ice and rock passages over three gruelling days.

- He belayed himself in exposed places, however the majority of his ascent was climbed ropeless as he finally reached the 6907m/22,660ft summit on October 25 before descending carefully to base camp in the night.

- He revealed: "This ascent of Lunag Ri has been some of the most intense time I've ever spent on a mountain. Being alone certainly added to this experience, as did the journey that began my first encounter with Conrad. There are still plenty of unclimbed mountains, but in contrast to Lunag Ri, many of them are not very attractive from a mountaineering point of view."

- Anker said on Instagram: "Congratulations David Lama on your successful solo ascent and descent of Lunag Ri. Happy to hear of your success on this peak."

- Lama devoted himself to mountaineering in 2010 after becoming the first climber to win bouldering and lead climbing World Cup titles in his debut season.

- He has since made the first free ascent of the Compressor Route on Cerro Torre (South America) and the route Bird of Prey on Moose’s Tooth (Alaska).