Last night was David Lama night at ShAFF; filmmaker Paul Diffley was in charge of proceedings. 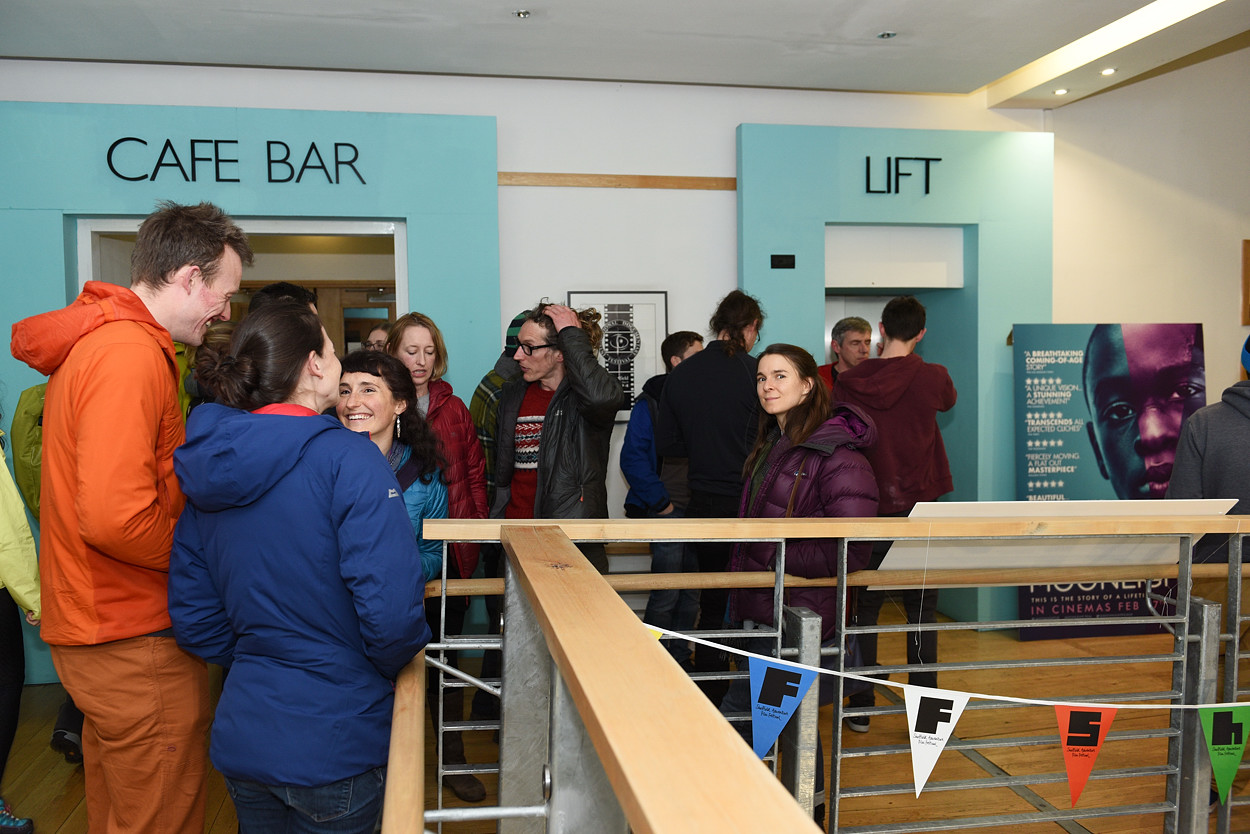 Shauna and Pete Go Crack Climbing is another light-hearted short in which World Champion boulderer Shauna Coxsey is put through the crack-climbing mangle by WideBoyz Pete Whittaker. Starting with a feet-first overhanging offwidth in the Climbing Works our heroes then make it out that most quintessential of grit/crack climbing venues – Ramshaw. It’s probably far to say that it’s an experience that Shauna won’t forget in a hurry. Finally however, Shauna masters a heinous-looking overhanging flared crack amongst the boulders so honour is restored; true grit!

The main event of BMC Climb Night however were two short films featuring David Lama; the first was a film of David attempting an unclimbed line on Annapurna III and the second a round-up of his latest climbs. A rock climbing prodigy, David Lama became double World Cup Champion in both bouldering and lead in 2008. Almost immediately he left the comp scene and migrated to the mountains where he has completed a series of audacious climbs including the first free ascent of Cerro Torre in 2013.

For 2016 David attempted the infamous South-East ridge on Annapurna III. Previously attempted by Nick Colton and Tim Leach in 1981, this is considered to be one of the great unclimbed lines in the greater ranges. Climbing with two fellow Austrians, the trio helicoptered into base-camp and then battled poor conditions on the 2.5km long ridge In the face of mounting odds they were forced to abandon their attempt and descend. 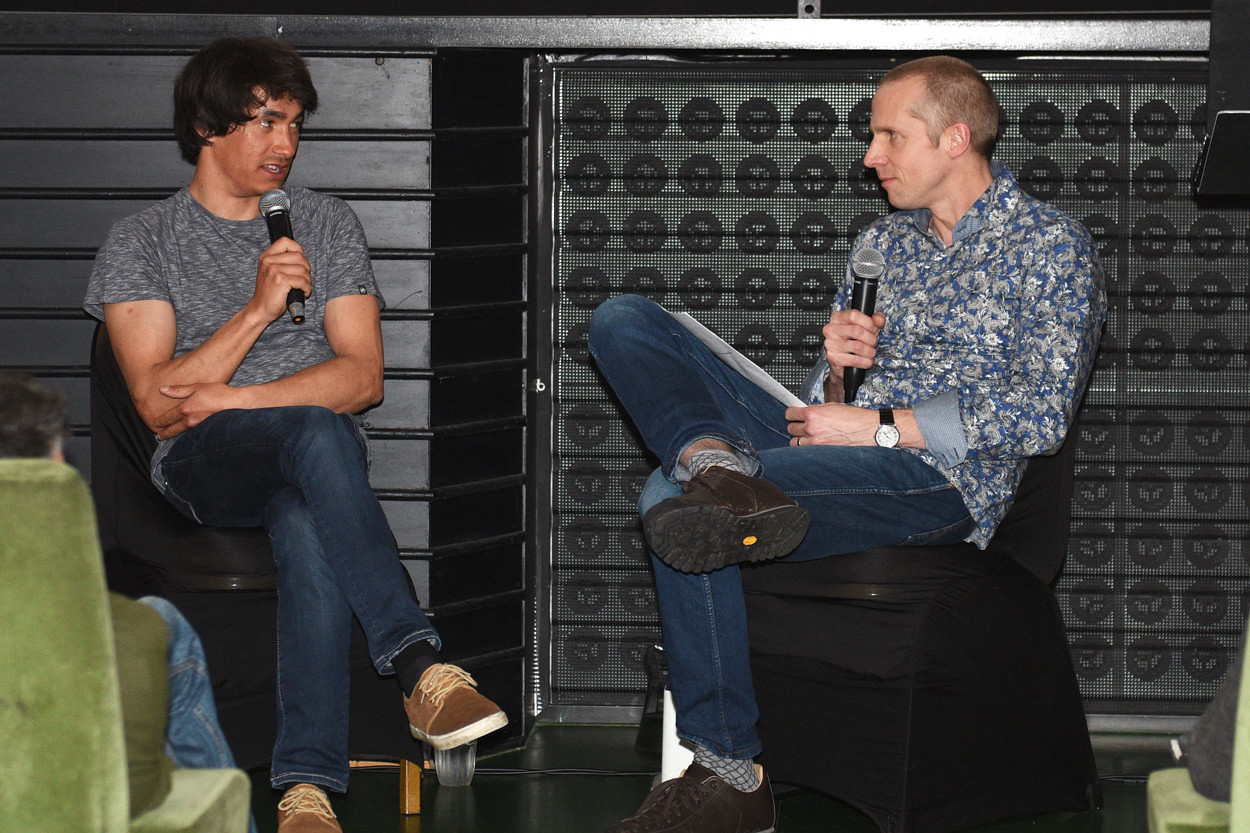 Paul Diffley lead a Q&A after the film during which David gave an insight into both his attitude to rock climbing and mountaineering. It’s clear he’s a determined and focused climber and one that has matured considerably from the young man that won the comps back in 2008. Asked to describe the climbing on the ridge David said; “on almost all pitches, difficult mixed climbing forced us to hang our ice tools onto our harness and resort to direct aid.” Asked about the grade David said; “It’s hard to be precise but the hard mixed climbing is probably about M5”. Climbing at altitude and in full winter outfits it’s clear that the ridge is a considerable challenge. However, like all great climbers unfinished business doesn’t sit well with him and he confirmed that he plans to return to the South-East ridge on Annapurna III this autumn. “The unclimbed South-East ridge of Annapurna III had been on my mind for many years, and even more so since our attempt last year. I can’t wait to get back again” David told the audience. 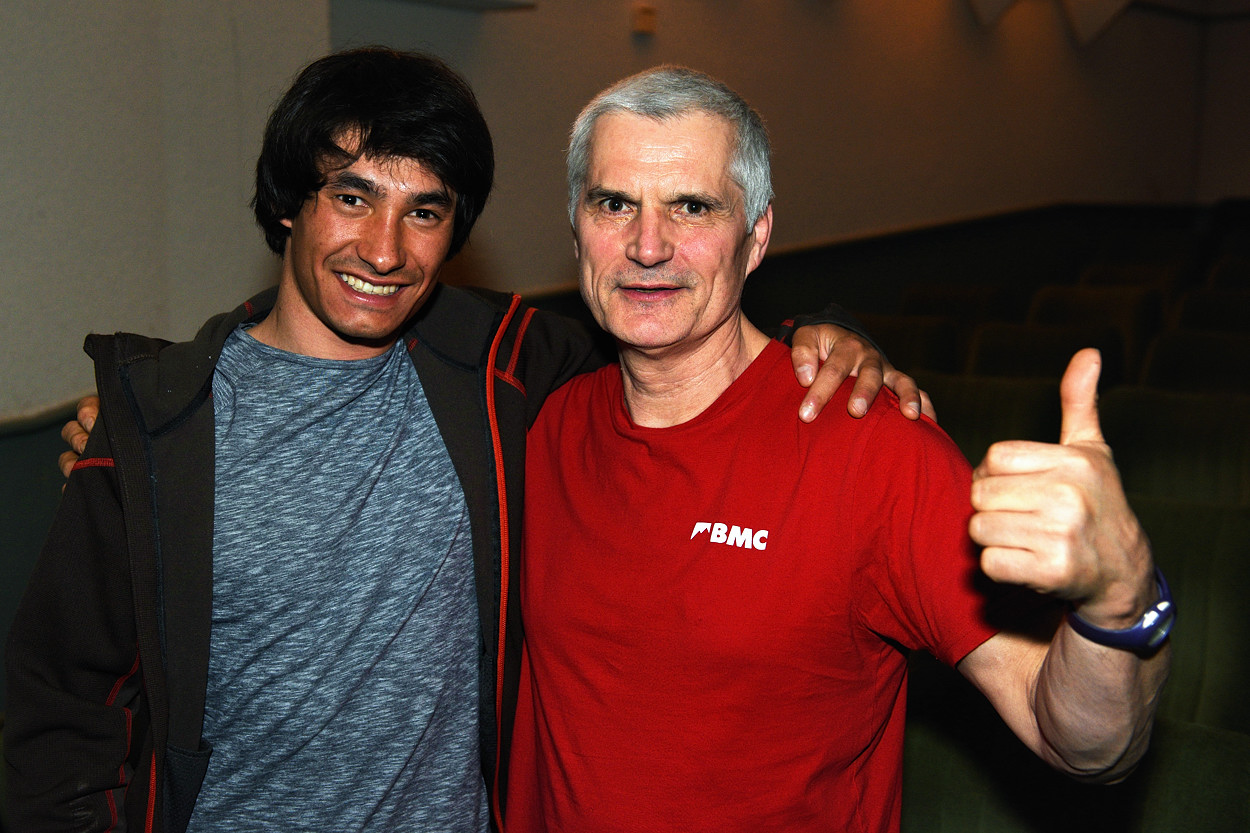 Nick Colton, now Deputy CEO and Head of Development of the BMC, was in the audience watching the film. Mountaineering has changed considerably since Nick and Tim’s 1981 attempt on the South-East Ridge but it clearly shows how audacious their attempt was 35 years ago; “and we walked into base-camp too” was Nick’s wry comment afterwards!

For more at ShAFF over the weekend click thru here…