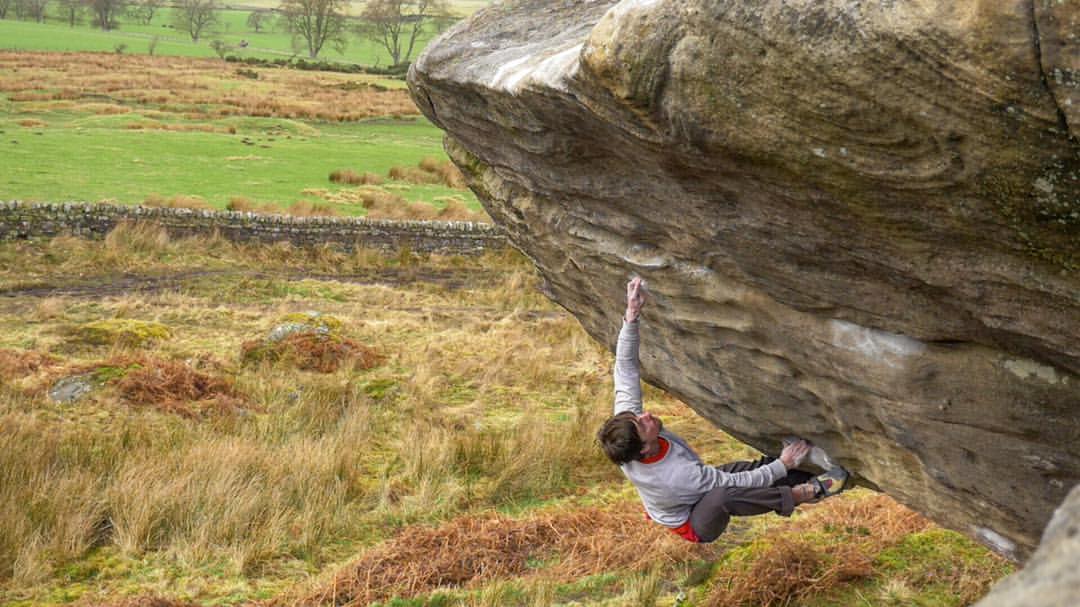 Writing on Facebook Daniel clearly expressed both the satisfaction and frustration of his time on Bloodsport: “The battle is over and I came out on top. So amped. This thing took me for a ride but I loved every minute (kind of). First person under 6ft??”

Bloodsport was first climbed by Andy Earl in June 2007. Andy wasn’t short of reach – nor talent. Six years later Shaftoe was in the news again when Joe Wilson stepped-up to the mark and did Bloodsport Left-hand (Font 8b+).

Fast forward to last weekend and Daniel Turner made a rare repeat of Bloodsport – perhaps even the first repeat by anyone under six-foot? Not surprisingly, Daniel is pretty chuffed.

CLIMBER have been in touch with Daniel and asked a few questions:

What was the most satisfying thing about doing Bloodsport?

I think the most satisfying thing about Bloodsport is that I didn't really know it was possible for me when I first tried it. But I really wanted to do it, it’s such a cool boulder.

How does Bloodsport compare to other hard stuff you have done - especially for someone of you height?

It feels about the 8B range for me, maybe that’s more of a personal reflection. I don’t know, I seem to continually use my height as an excuses, but actually I really enjoy boulders where I am spanned out.

Yes, try to if the weather allows. Try and take advantage of a bit of good form.

Click here to go to Daniel’s Facebook page where he posts his Vlog. Daniel says that there’s a full video of him coming on Bloodsport but meanwhile watch his Vlog below: