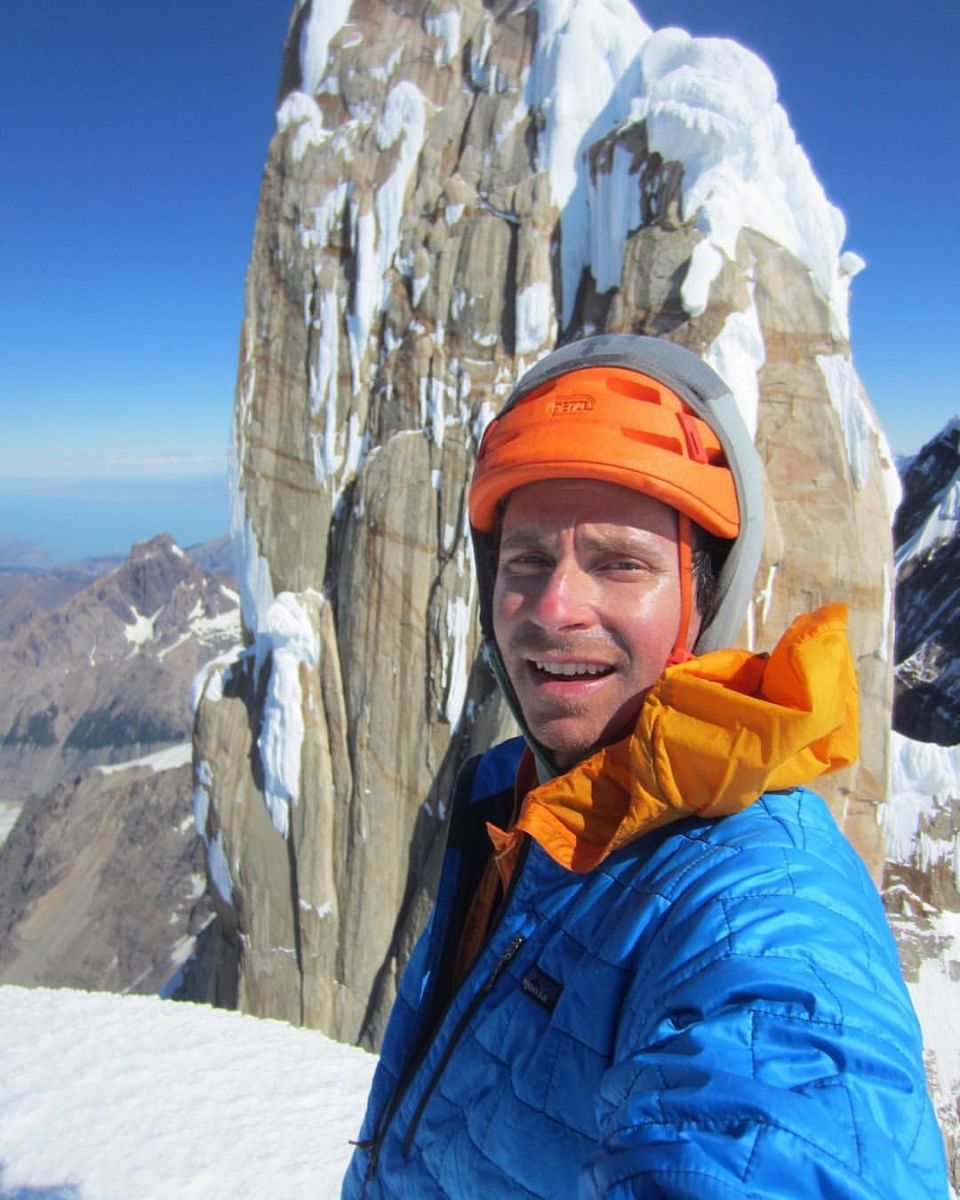 Back in Novemeber 2010 he made the first solo of Aguja Standhardt and ever since then he’s been working towards soloing Torre Egger by developing his skills and strategies and honing his equipment.

Writting on social media Haley has said that he has even made some exploratory attempts into the Torre Valley but pulled out when he considered the weather or the conditions weren’t right. Just recently he wrote the dream off completely; “A few times, even as recently as two months ago, I wrote off the dream completely, resigned that I wasn't up for it.”

However, in the last few days Colin Haley has realised his dream and soloed Torre Egger. He explains his ascent; “The weather was beautiful, the conditions pretty good, I'm a much better climber than I was five years ago, and I felt no apprehension. I left the Noruegos bivouac at about 12:45, and arrived on the summit of Torre Egger about sixteen and a half hours later, having also made the first solo ascent of Punta Herron in the process. The ascent went faster and more smoothly than I had ever hoped for. The descent, on the other hand, was a bit of an epic, but that's another story.”

It’s clear that this is an audacious ascent and one of which Haley is justifiable proud. Here’s how he signed off on social media; “In my experience my solo ascents generally are under appreciated relative to ascents with partners - I think this is partially because soloing doesn't produce rad photos, and mostly because people don't fully appreciate the difference compared to climbing with a partner. The few people who engage in this game of big, technically-difficult, alpine-style soloing are the ones who truly understand. Regardless, I'm sure that yesterday's climb is among the very best climbing accomplishments I have made in my life thus far. Very tired, very stoked.”

For more details of the line of Haley’s ascent and decent click through to Climbing.com