Proving that there is no such thing as a ‘worked out crag’ Mark Pretty – a.k.a. Zippy – nabbed Take it Easy (F7c) last week at Malham. 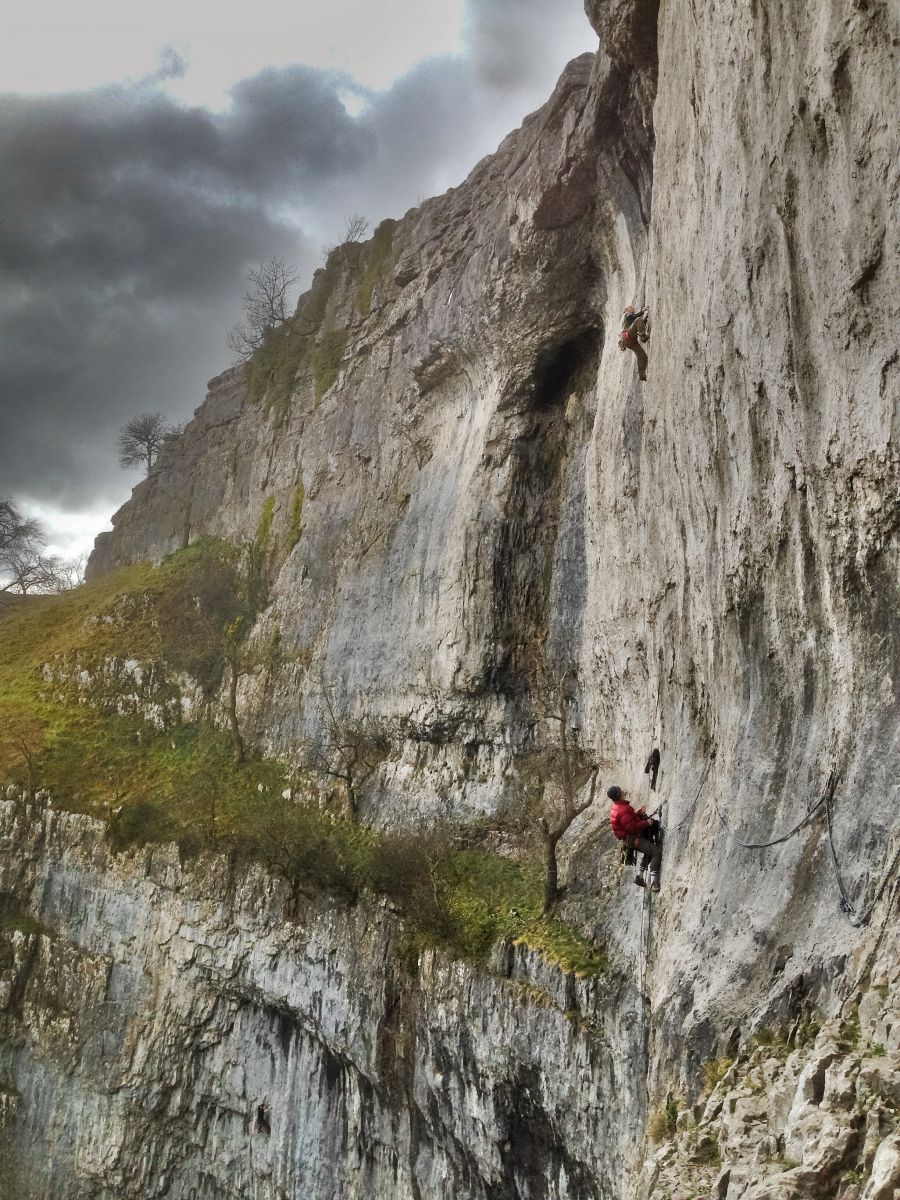 Zippy, a well-known, life-long climber has been out-there doing it forever. Originally known as ‘5c Mark’, Zippy cranked the handle hard, so hard in fact that he did the first ascent of Make it Funky (F8c) at Raven Tor at a time when F8c was hard. Now in his early Fifties, Zippy’s appetite for rock is still totally undiminished. He continues to climb and train like someone half his age frequently putting ‘worked-out’ crags under the microscope. His eye for a line has been rewarded by a plethora of new routes. Often climbing with Kris Clemmow, Zippy has helped develop crags such as Upper Two Tier in Chee Dale and Garage Buttress at Stoney to name but a couple of crags in the Peak he’s been active at in recent years. Farther afield, Zippy has been ‘new routing’ in France this winter spending days equipping and then climbing a multi-pitch new route on a new crag near the Verdon.

Zippy’s new Take it Easy is located in the very centre of the Upper Tier at Malham in the former blank strip of rock between Soft Centre (F7b+) and Free and Easy (F7c). It’s an area of rock that few would aspire to doing anything on let alone do a new route up. For starters, access is difficult and the position, as they say, leaves nothing to be desired! In fact it must be one of the most exposed locations on a sport climbing crag anywhere in the UK. Zippy bolted the line some time ago but his belayer on that occasion refused to traverse out into ‘the middle of nowhere’ to belay.

Take it Easy is clearly not hard by today’s standards but it that’s exactly the point we’re interested in. For those that have the propensity there are still opportunities for new routes at reasonable grades even on our ‘most developed’ of cliffs such as Malham. Incidentally, Zippy’s got more new routes at Malham in the pipeline so watch this space as they say.

Thanks to Dan Cheetham for the photo taken on everyone’s fav mobile – the I-Phone.