The North Face closed a successful series of events with the 3rd edition of The North Face Kalymnos Climbing Festival bringing together the island and climbing communities. To help preserve the 2500 routes on the island The North Face gave a bolt for every registration, so future generations of climbers can keep on exploring the walls of this Greek climbing hotspot.

The routes of the Big Marathon varied between F7a+ to F8a and was won by Sindre Seather & Henning Wang and the mix couple Pietro Bagnara & Roberta Longo. There were over 500 routes climbed across all competitions with climbers from 30 different nations competing. 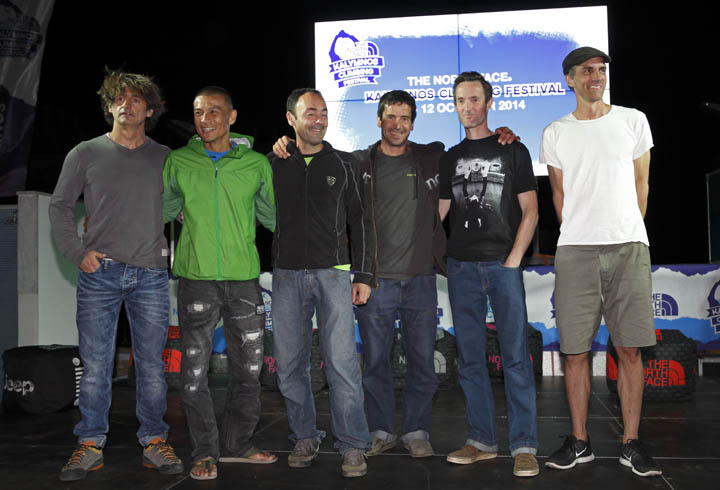 New this year was the Pro Legends Invitational. Six athletes that made history in the 80s and 90s climbed newly bolted routes on the island of Telendos. Yuji Hirayama (JPN), Jean Baptiste Tribout (FRA), Francisco Arocena (SPA), Gherard Horager (AUT), Ben Moon (GBR) and Boone Speed (USA) are athletes who claimed history in the eighties. The North Face athletes Caroline Ciavaldini (FRA), James Pearson (GBR) and Jacopo Larcher (ITA) set the routes which were between F7a and F8b+ and now open to everyone. A total of 13 of the 15 routes available were climbed with Yuji successful on the hardest route of the day. The climbing veterans donated their prize money to two local charities.

After a party on the beach that lasted well into the night, the event was brought to a close on the Sunday with deep water soloing down at the small port of Vathi with the legends taking to the walls and the water to round off a fantastic time in Kalymnos. 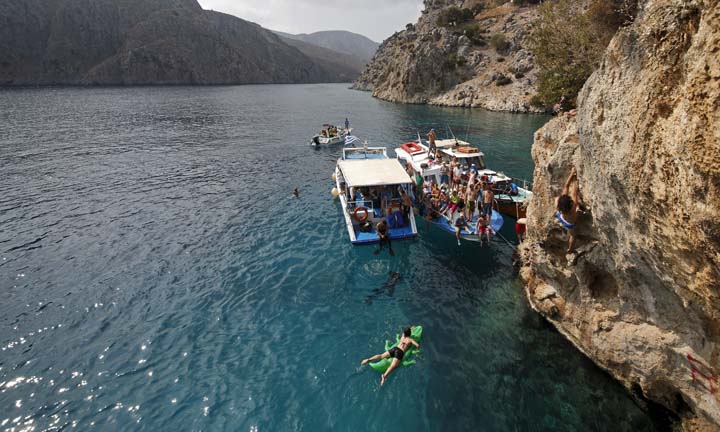 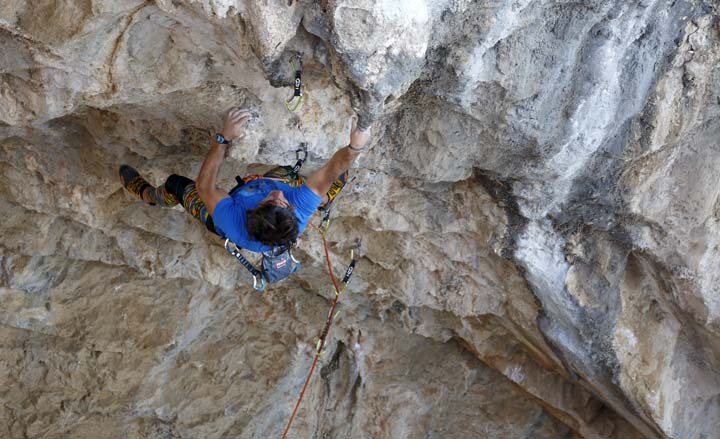 Francisco Arocena tries one of the routes on Telendos. Photo: ©David Simmonite 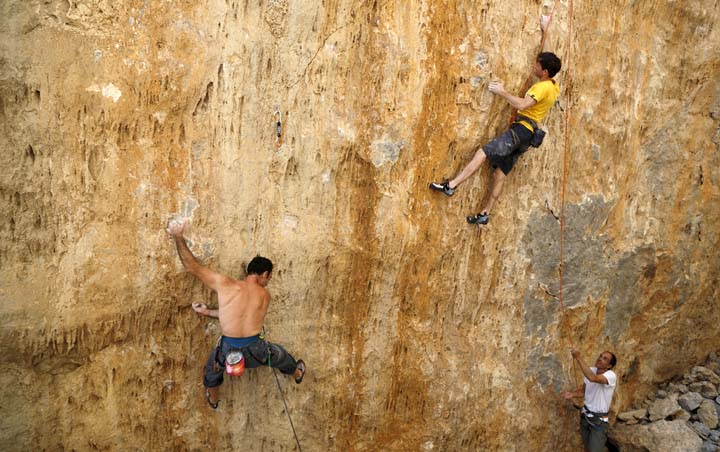 There will be a full report in the December issue of Climber.