William Bosi, having been close for the last few sessions, has just repeated Hubble. His repeat, the second by a Scottish climber after Malcolm Smith’s second ascent back in the day, is reckoned to be the seventh ascent overall and the youngest from any climber. 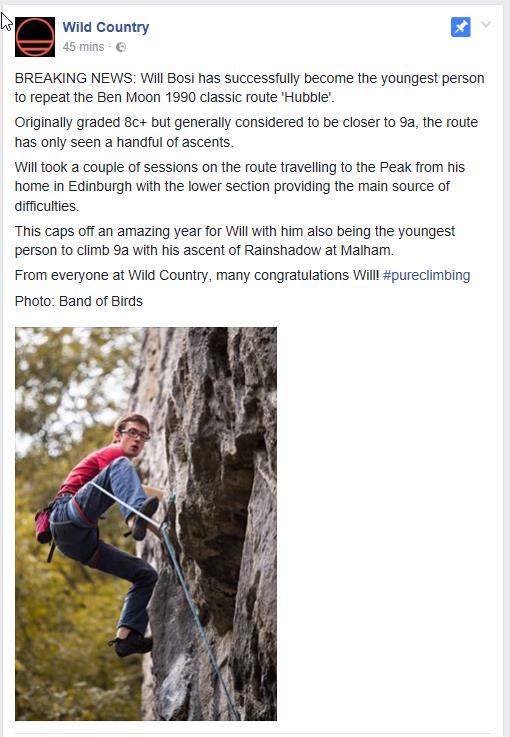 Will’s ascents of both Hubble and Rainshadow demonstrate that growing strength-in-depth of the young British climbers.

CLIMBER hope to bring you more asap so watch this space