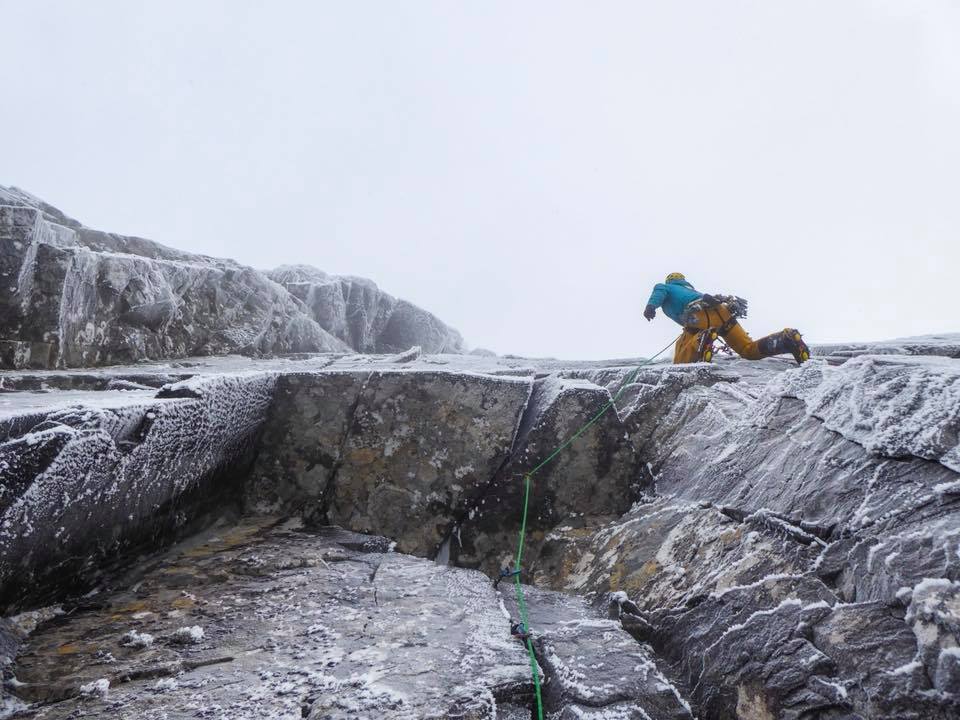 Greg on what they called the ‘Super Skinny Pitch’. Photo from Greg Boswell FaceBook Page

Writing up the action on his FB page, Greg reported that their new route was “one of the most sustained routes we had done in Scotland, for amount of hard pitches and climbing that was involved in the route was crazy!” 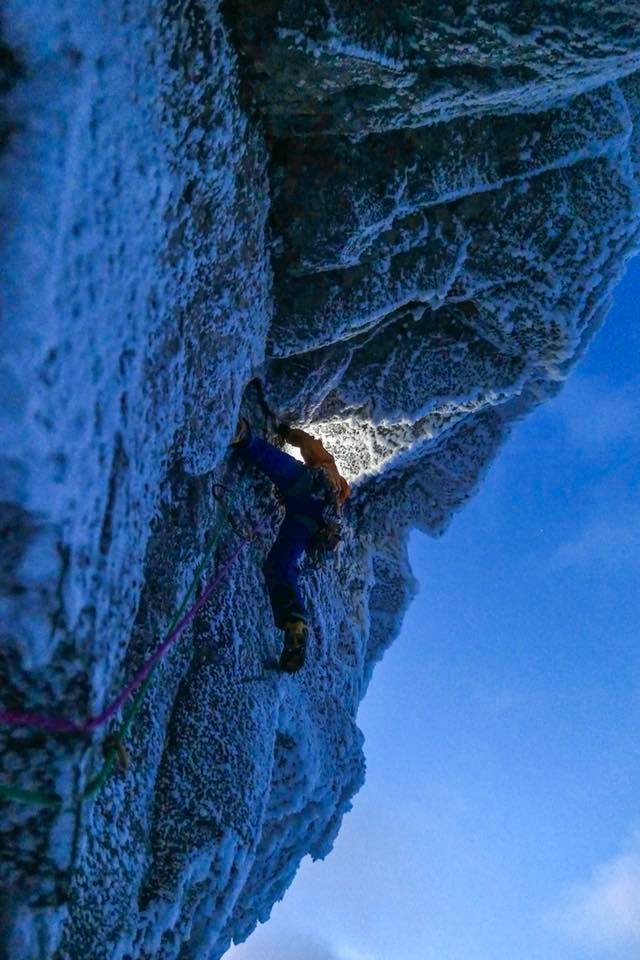 Based loosely on the summer rock route, Lost Arrow, Greg and Guy’s latest offering on Bidean nam Bian’s Church Door Buttress covered lots of new ground and took them two days to crack. On their second and successful day, Greg and Guy started pre-dawn to give themselves maximum daylight. Despite this however Guy still had to lead the top pitch in the dark using light from his headtorch! Featuring grade X, 10 climbing it’s considered to be one of the most technical and sustained winter routes in Scotland.

Earlier in November, the pair also did a winter ascent of The Exorcist in the Loch Avon Basin. They reported “a fun wee route that was home to some pretty techy slab climbing, and a fairly thought provoking crux!”

Greg and Guy appear to be winding up for a big winter – assuming that the weather plays ball. Watch this space…