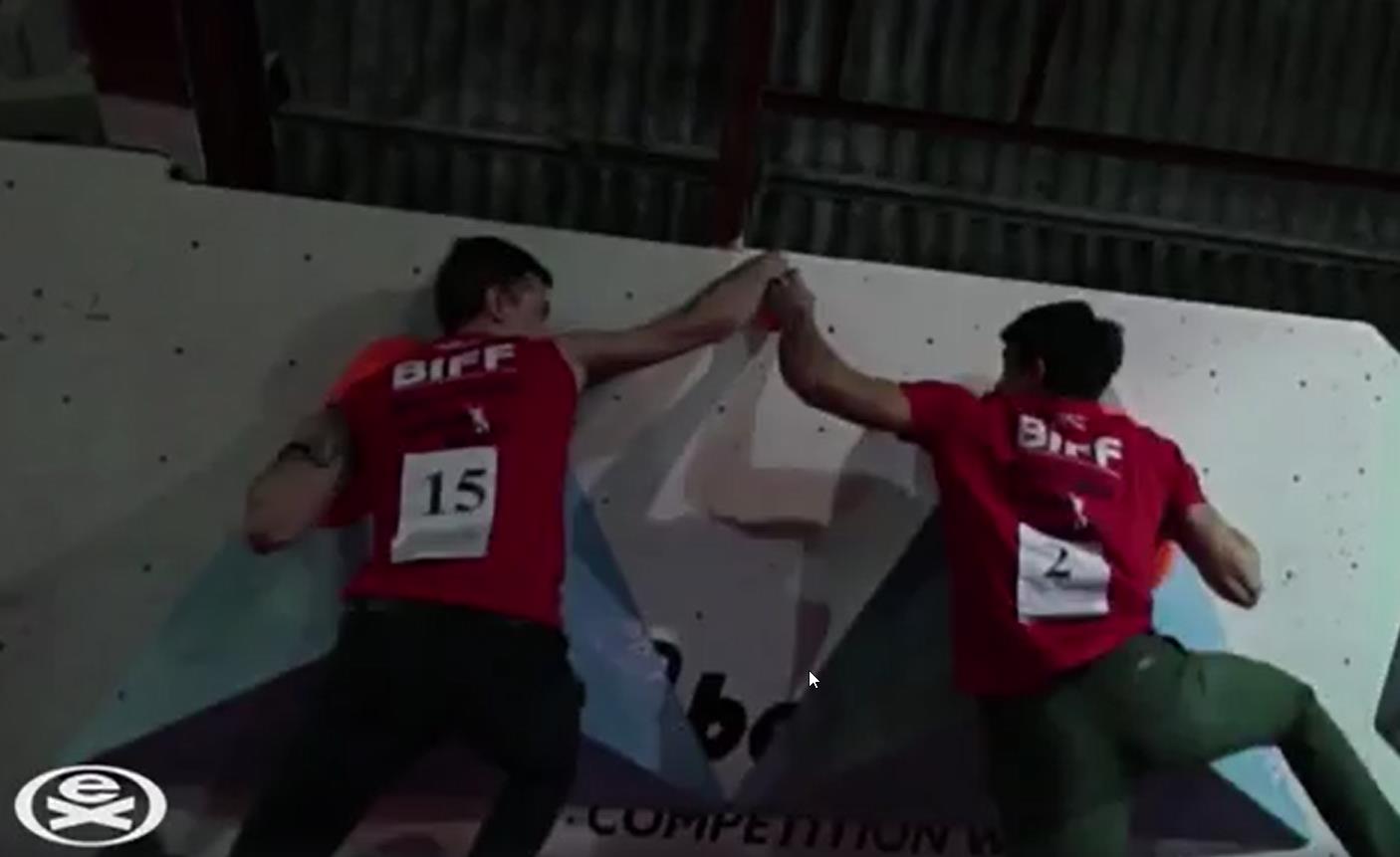 The Speed Campus round. Video grab

The third year of BIFF saw preliminary rounds held in The Castle and Manchester Depot prior to the final at the Climbing works last night. Most of the usual suspects were in attendance including previous footless winners Louis Parkinson and Jim Pope. Interestingly, former comp climber Mellissa Le Neve was over from France specially for the comp – impressive stuff given she retired from the comp circuit last year to concentrate on ‘outside’ objectives. 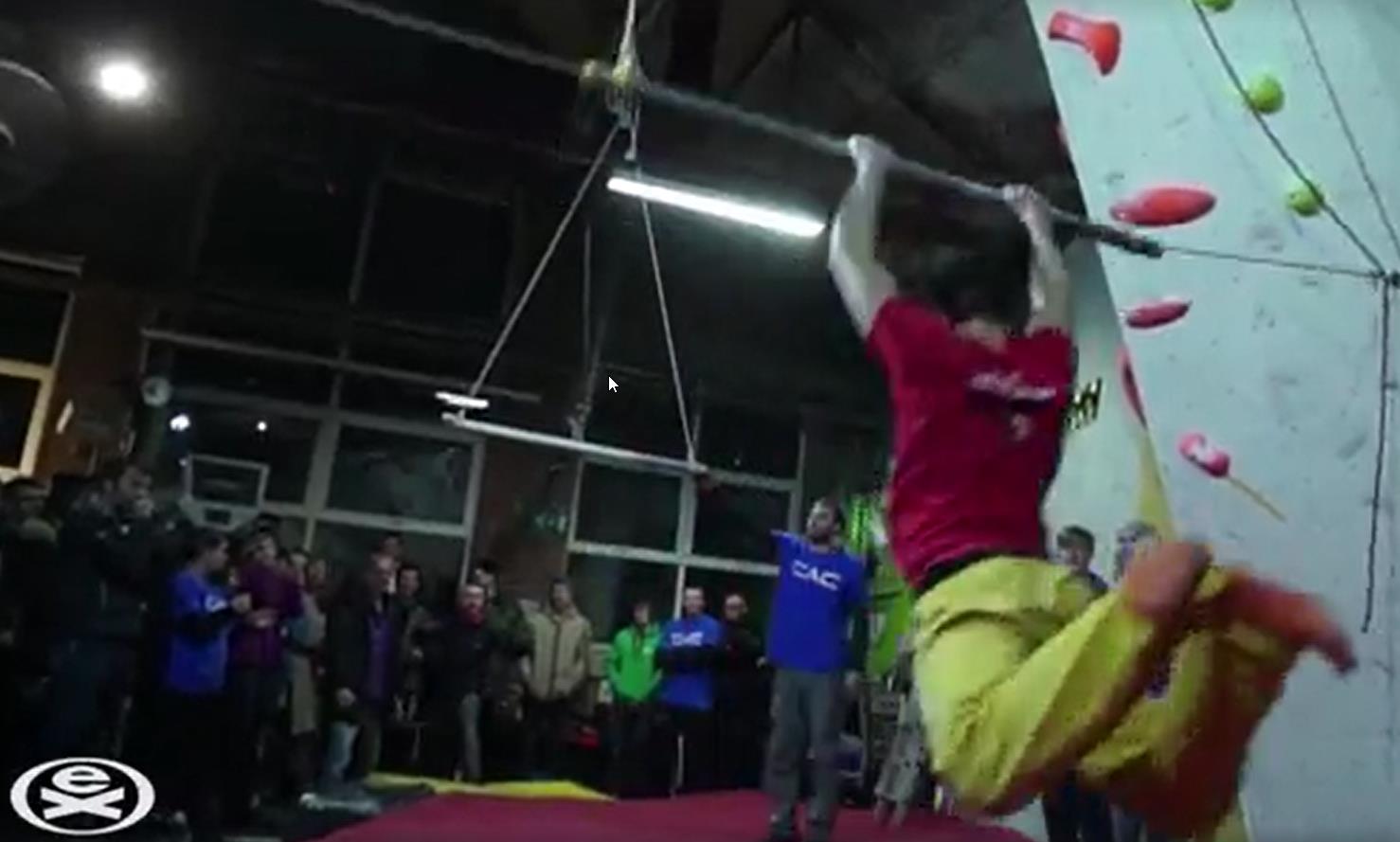 With the proceeds going to Climbers Against Charity (CAC), the footless madness was literally for a great cause. The Beastmaker Team – Ned Feehally, Dan Varian and Shauna Coxsey – had dreamed up some new challenges for the final round of the 2017 comp. The first round involved a head-to-head campus speed which saw finalists dynoing up parallel lines to a single finishing hold. The second round saw the ever reducing number of finalists getting to grip with the so-called ‘strong jump’ swing between two horizontal bars set at increasing distances apart. It appeared to favour not only the brave but those with a gymnastic up bringing/bent. The final round involved a head-to-head dual hanging off the Beastie Buoys during which the finalists had to endure Ned and Shauna swinging the buoys as well as their fellow competitors delivering flying kicks! 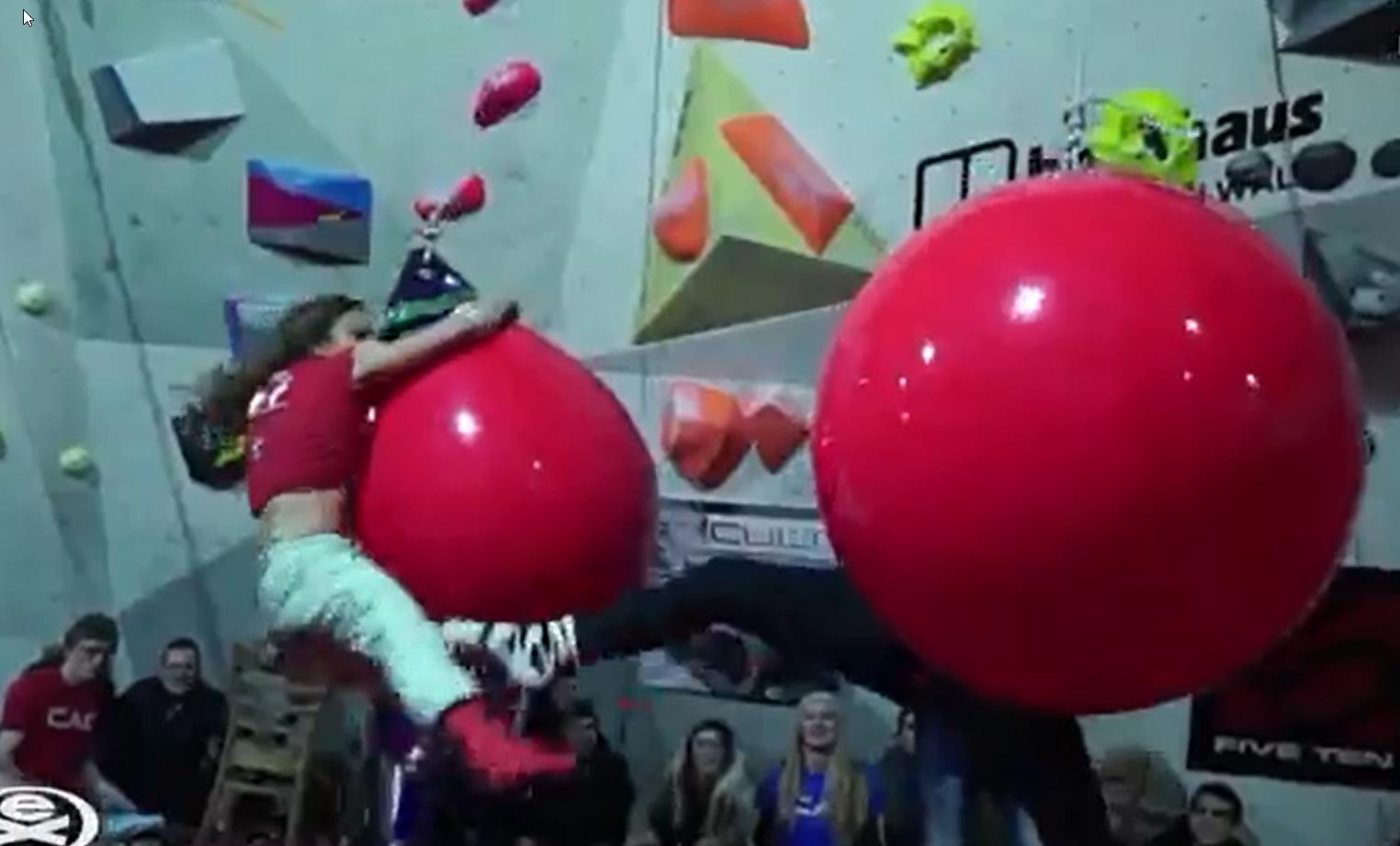 Finally, the crowd demanded that Dan and Ned were the distance on the Beastie Bouys as well!

And the results were:

The BIFF final was streamed live on the One Five Nine Show on Facebook – here.