Ben Moon made history today when he made the fourth ascent of Rainshadow. It’s Ben’s second F9a, 25 years after making the first ascent of Hubble. 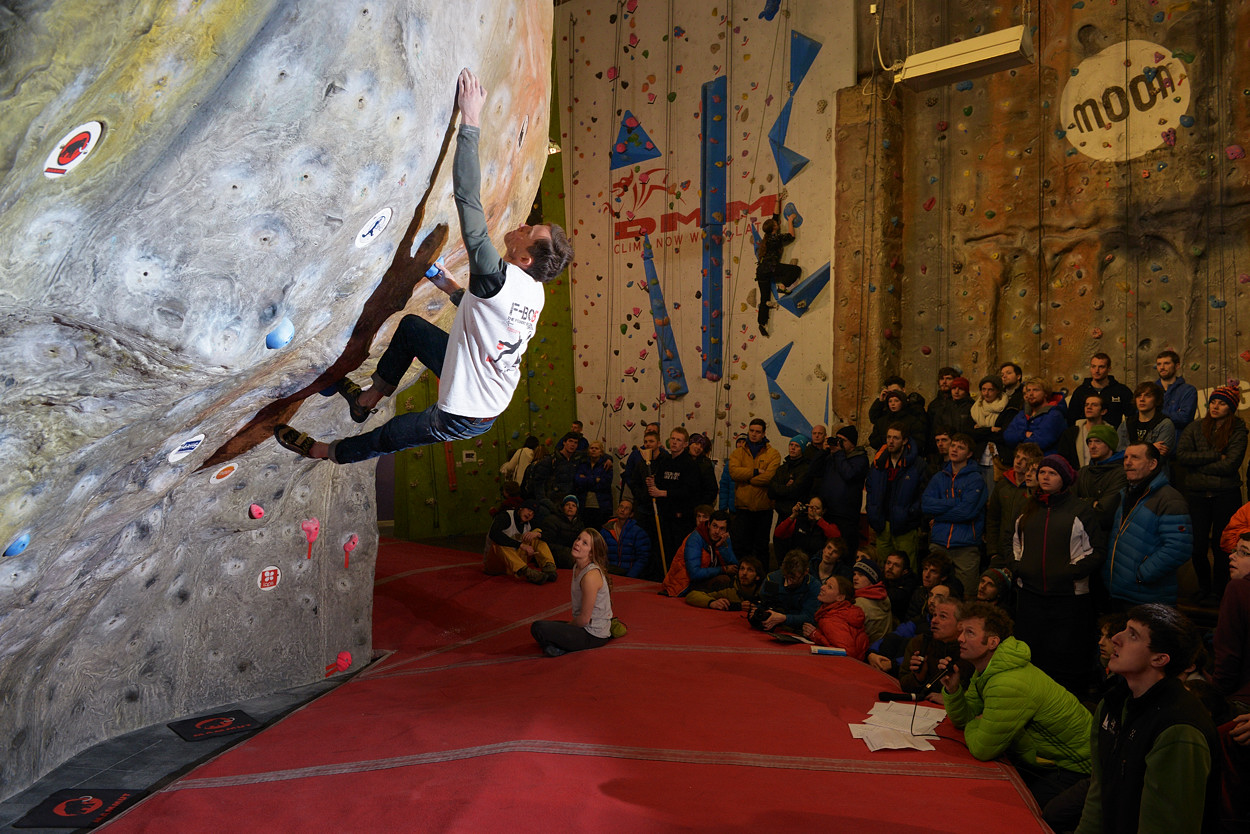 Ben Moon giving a master-class of power to the young-guns during FBO-15. Photo Keith Sharples

Ben has been climbing super-strong for the last year or so but he’s really stepped up to inspirational levels recently. Earlier in the year he won FBO-15, the Foundry Open Bouldering competition beating all the young guns to the bouldering crown. Whilst that might have come as a surprise to some, it was a victory that was both richly deserved and not unexpected to those that had seen him bouldering. 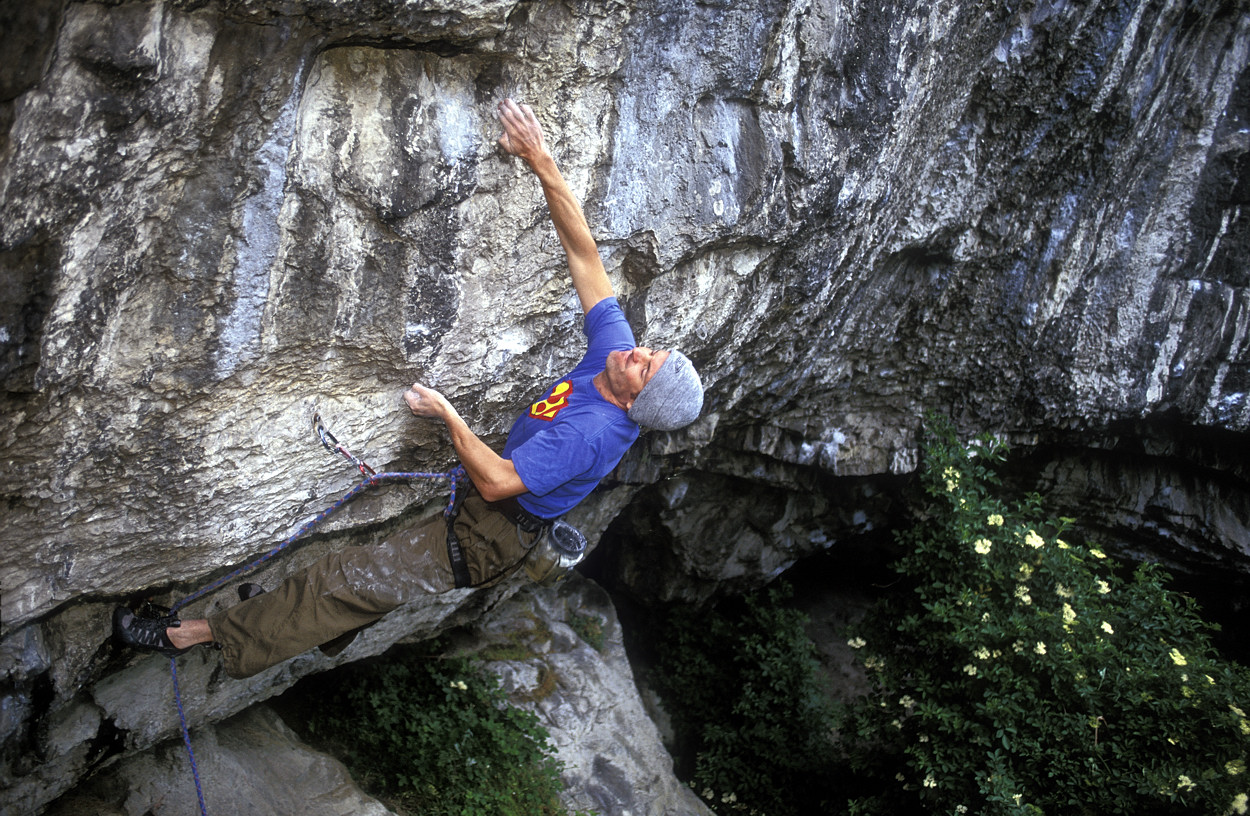 Ben on Hubble in the 2000's. Hubble is now widely accepted as F9a - one of the first in the world at that grade. Photo Keith Sharples

After Hubble Ben got heavily involved with what, some years later, became Northern Lights (F9a) at Kilnsey. That unfortunately proved too much at that time and Ben subsequently concentrated his efforts on bouldering doing first ascents of such blocs as Cypher (Font 8b), The Voyager (Font 8b) and Voyager Sit Start (Font 8b+) on Pennine grit. Slowly however, Ben slipped away from actively participating in the climbing scene concentrating on his business and family life. However, his interest was rekindled when he went walking in the Yorkshire Dales and he went to Malham and got immediately re-inspired.  Mecca Extension at Raven Tor, his old stomping ground, was one of his come-back routes but now he’s really back in the saddle with the fourth ascent of Rainshadow, Steve McClure’s 2003 route above the catwalk. Only Adam Ondra and Jordan Buys have repeated Rainshadow previously.

CLIMBER congratulates Ben – superb job. Another monster Statement - what next though!?!