The World Cup-style competition wall for the forthcoming British Bouldering Championship was – as of yesterday afternoon – complete. All that’s left now is for the setting crew, under the erstwhile eye of the evil Chief du Crimp Percy Bishton, to create the blocs themselves. 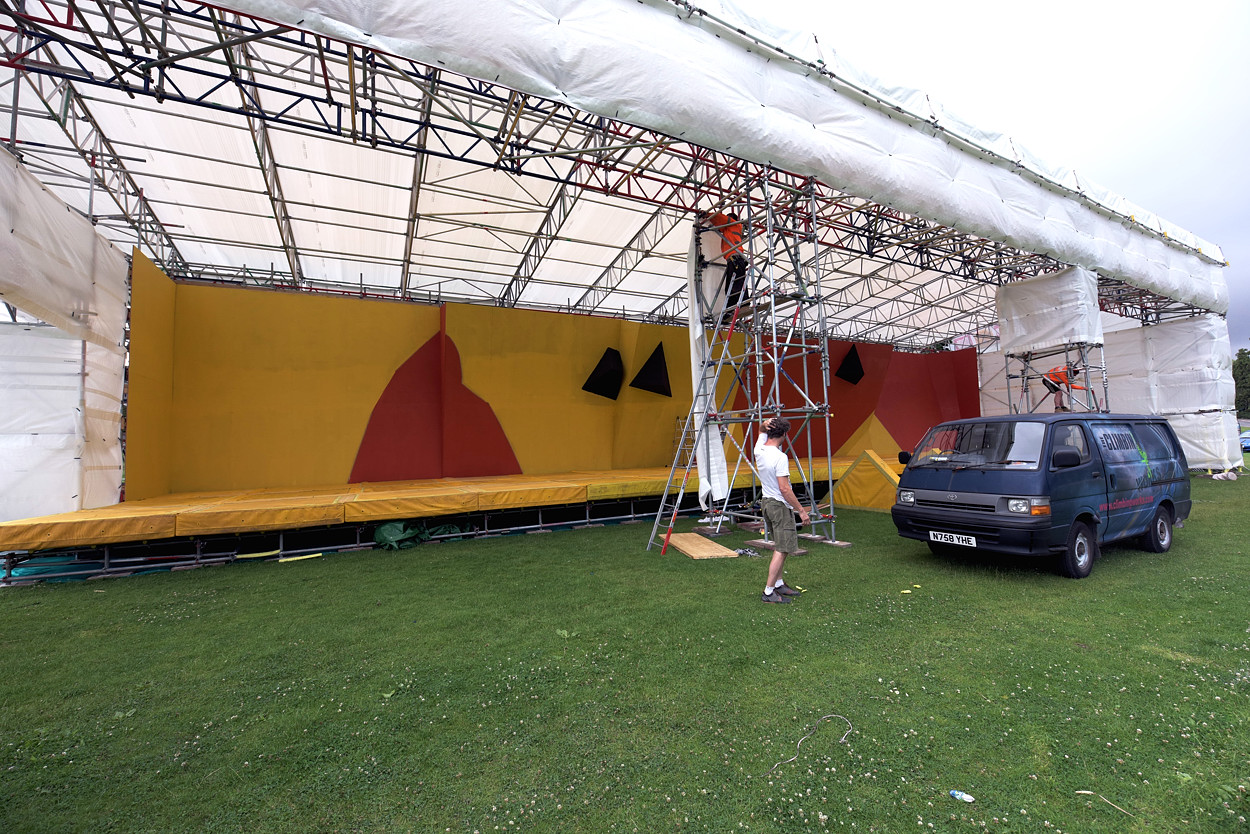 The new ‘open World Cup-style’ wall on which the BBC's will be contested is now complete. Photo Keith Sharples

The comp open’s on Saturday 11th with the qualification round and rolls over onto Sunday 12th for the semi’s and the final. Be there – or miss a big treat – and watch some of the best blocmiesters compete head-to-head for the BBC titles… 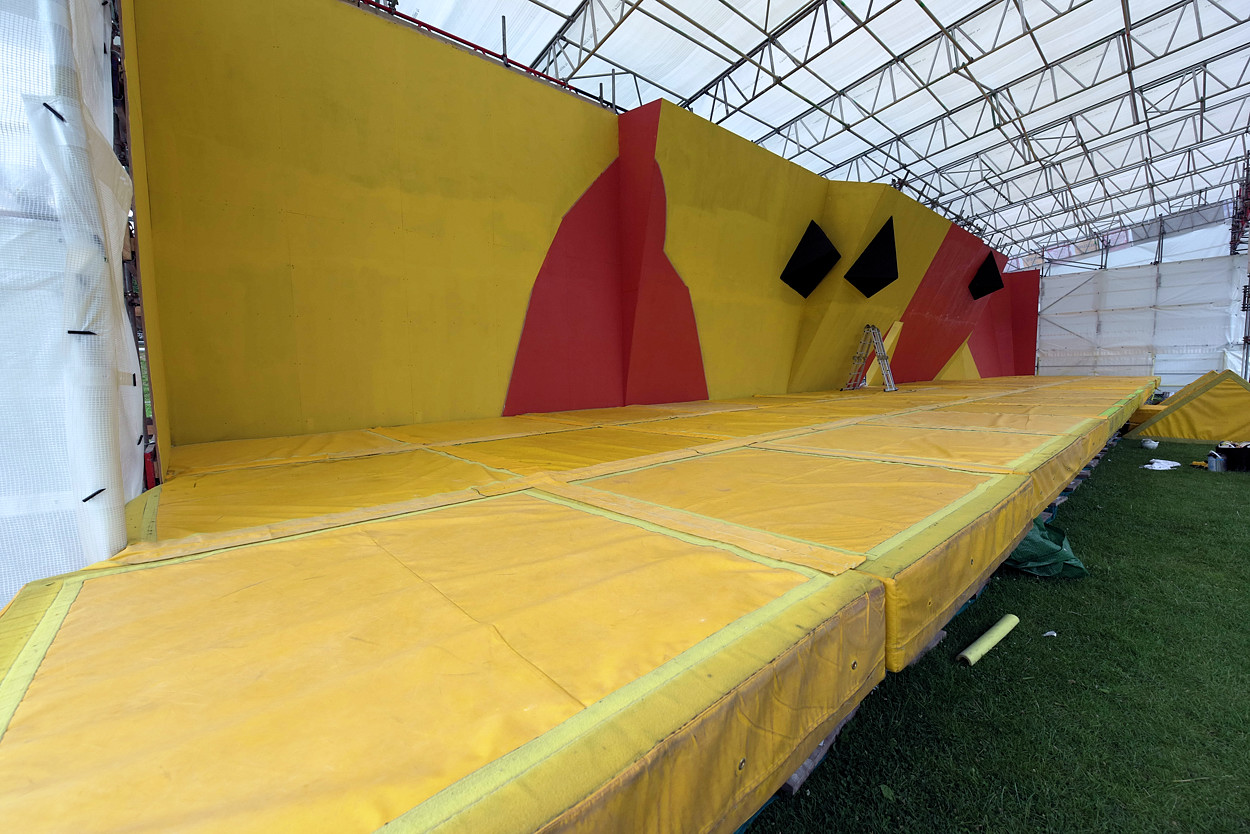 It’s big and it yellow – a close up on the wall. Photo Keith Sharples