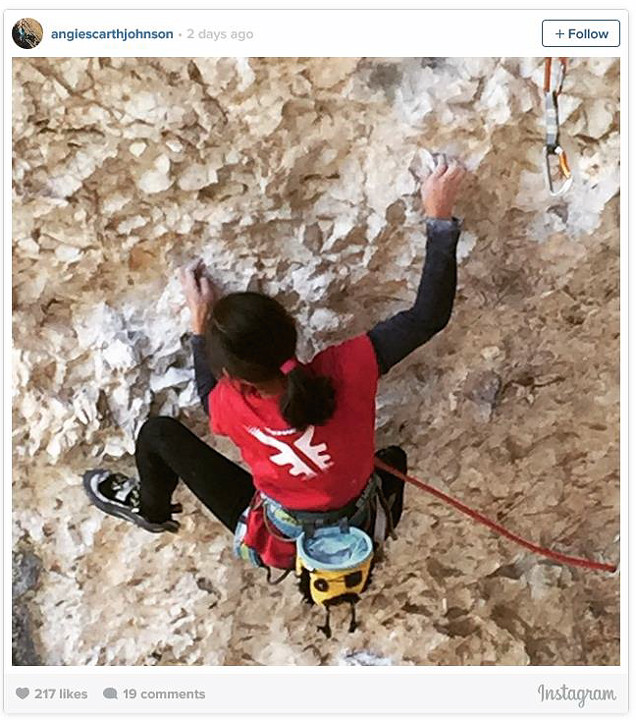 Angie Scarth-Johnson is no stranger to hard climbing having set a number of age-records already. Aged 8, Angie climbed Turkey Slab (F7b+) at Blakeheath, her home area of the Blue Mountains of Australia. A year later, aged 9, she’s stepped up her grade considerably dispatched both Swingline (F8b) the Red River Gorge, America and Zona 30 (F8b) in Margalef proving, if proof was required, that she was truly a fine young climber.

Scarth-Johnson was the youngest every person to climb grade F8b aged 9 – now she’s the youngest ever to climb F8c. At her present age/grade she’s about a year ahead of Adam Ondra, Brooke Raboutou and Ashima Shiraishi who all climbed F8c when they were aged 11.

Click through here to see a video by Muerdago Films of Scarth-Johnson climbing Zona 30 in Margalef.