And then there were four

As 2018 comes to a close, Stefan Ghisolfi has added his name to those operating at the highest levels of sport climbing; alongside Adam Ondra, Chris Sharma and Alex Megos, Stefano has now also redpointed F9b+. 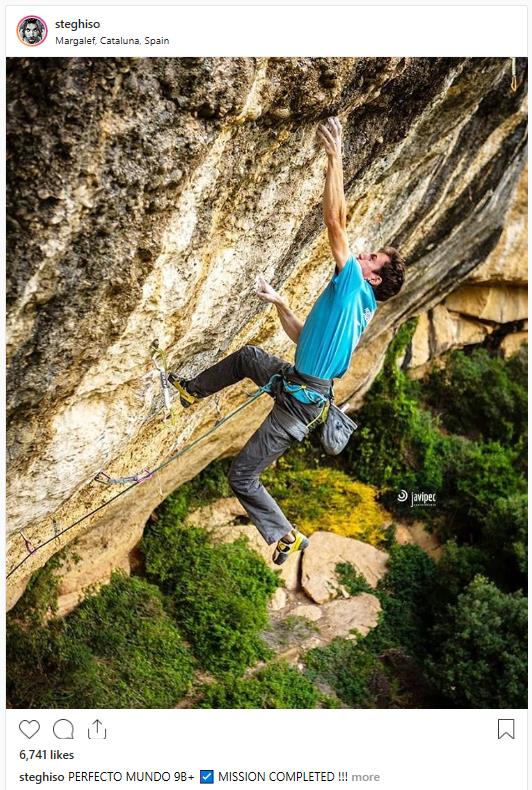 Stefano successfully made the second ascent of Alex Megos’s Margalef test-piece, Perfeto Mundo, just recently.  It wasn’t a whirl-wind ascent however, quite the opposite as Stefano originally worked the route – then a project – earlier this year with Alex Megos. Whilst Alex did the first ascent back in May of this year, Stefano has been trying it on and off since. “After so many days trying this route, I can’t believe it actually happened…” he posted on-line, then adding – “I spent 32 days here at the crags, falling many times at the same move, but this time I grabbed for the first time that pinch and it felt unreal and I didn’t [make] make any mistakes and went to the top with a perfect flow”.

It clearly demonstrates the level of commitment that is required to repeat routes at this level. Whether Stefano might have been able to complete his ascent quicker had he not also been training and competing in the IFSC Lead comps is however a moot point.  For those keen on the grade/route math, Stefano has completed a number of F9b prior to completing his first F9b+. Likewise Adam Ondra completed a number of F9b+ before establishing Silence (F9c) last year; based on that hypothesis it seems reasonable to extrapolate that it will be some time yet before anyone else joins Ondra at the very top of the stack on F9c. Time however, will tell.