Adam Ondra is back in Flatanger working ‘Project Hard’ and the word is that it’s…err…hard! 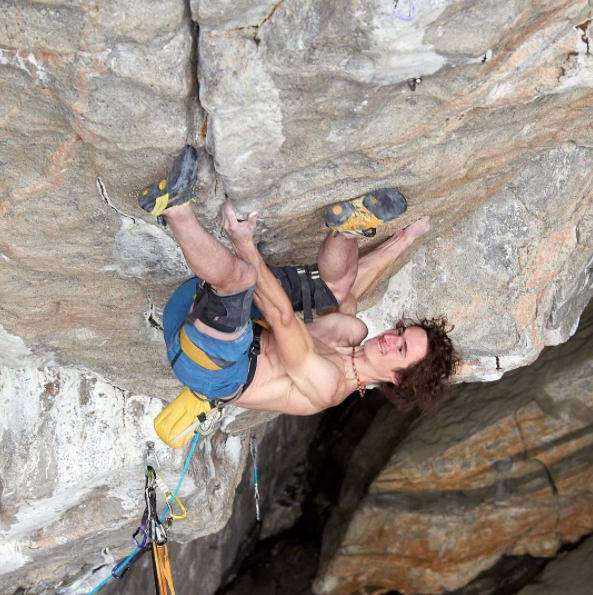 Ondra has invested considerable time and effort into the cave at Flatanger. Previously, in October 2012, he succeeded on Change – the world’s first F9b+. Since then he’s been training hard and mopping up other stand-out routes like, for example, The Dawn Wall which he did the second ascent of last year.

However, Ondra is back in the cave and pursuing something which is considered to be ‘the next level’. Dubbed Project Hard, Ondra reported on Instagram recently that he was making good progress: “Still far from sending, but I can it happening this year, hopefully.” He added a bit more detail: “I feel better after a few days of work on it than last years after 3 weeks.”

Ondra’s sponsor’s Black Diamond have posted a short video of Adam doing the crucial link on what is said to be a 8c (Font grade we presume…) boulder problem. Watch that below.

Finally, check-out the short film about Ondra doing Change back in 2012; it’s rammed with insightful quotes about projecting from Ondra…