Adam Ondra is back on El Capitanâ€¦

Adam Ondra is back in Yosemite and getting down to business on El Capitan. 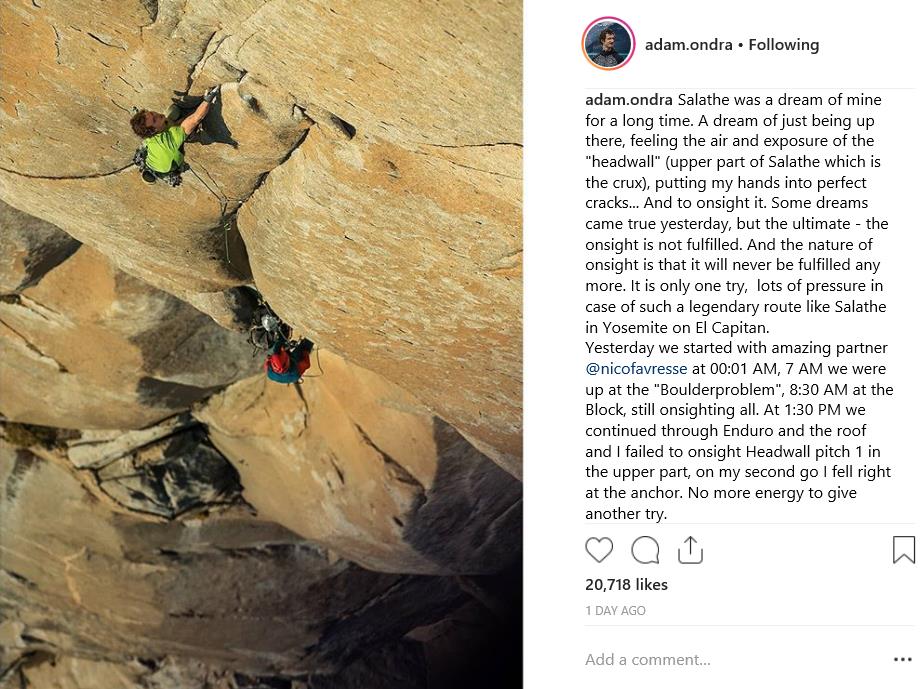 Writing on his IG page he’s clearly got some big projects lined up; although they took a bit of a hit when his climbing kit was delayed! Since he’s been re-united with his kit however Ondra has wasted no time in getting down to business doing a quick ascents of a few Valley classics as well as adding a sit start Dominated (Font 8b) to Jerry Moffat’s Dominator (Font 8a+) and on-sighting Cosmic Debris (5.13b).

Adam’s first major objective it appears was to attempt an on-sight ascent of the uber classic Salathe Wall. Having started just after midnight Ondra, climbing with Nico Favresse, had on-sighted all the way up to and through the ‘Endro Corner’ and ‘Roof’ pitch by early afternoon. Sadly, Ondra fell off on the first headwall pitch. Following an unsuccessful redpoint burn – he failed just before the belay – Ondra was too tired to have another attempt.

Adam was being filmed by his team – so watch this space for some very exciting footage when that is released. Meanwhile, click through here to follow Adam on his IG page…