Adam Ondra has amazing weekend in Slovenia and Croatia

Adam Ondra has had an amazing weekend notching up two hard first ascents – an F9a+/b and a F9a – and two hard on-sights – an F8c/+ and a F8c. 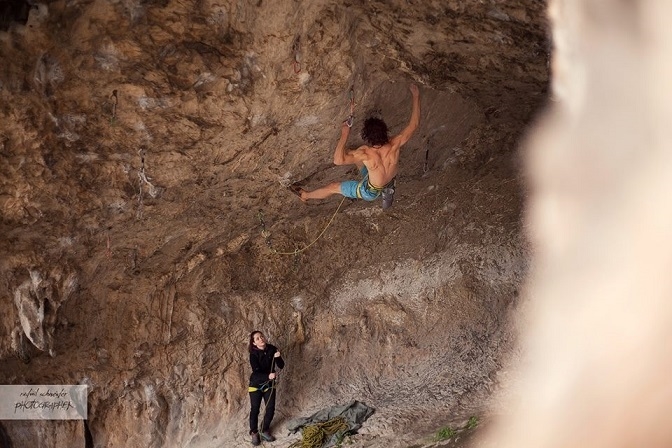 Ondra is well-known for being a climbing machine but even by his standards this was a stand-out weekend’s activities!

Ondra started his weekend at Misja Pec in Slovenia where he completed Vicious Circle (F9a+/b), a line he bolted last year. Ondra explained to 8a.nu the math behind Vicious Circle; “Left start into Sanski par. Bouldery and short 8c+ into the most of the Sanski par 9a (without first six moves). I would say two 8c+'s with a bad rest in between. Super powerful and resistant climbing.”

Shifting across the border to Medveja in Croatia Ondra did the first ascent of More (F9a) and on-sighted The Core (F8c/+) and Outdoorfingerspiele (F8c). It’s clear that Ondra was pretty chuffed with his day in Croatia; “It was one of the best days of climbing ever as I onsighted two 8c's ('The Core' is considered 8c+ by those few, who repeated the route) and the first ascent of 'More', 9a. World record maybe? Haha.”

He explains the nature of the climbing too; “Most of the routes are slightly overhanging, crimpy on super solid rock with a minimum of Sika and in general fitting my style pretty well.”

You’d think with those two days under his belt that Ondra might have had enough – maybe even kicked back and chilled-out? Nope, for his final day he stepped-up to try another project; “The last day I tried a project in Pandora, a different zone in Istria, which is definitely pretty hard in the region of 9b or more. Something like 20m of bouldering in the roof. Definitely a lot of rock around there worth returning for.”