Last weekend, Awesome Wall, Sheffield hosted a veritable array of competition climbing with lead, speed and para climbers all in action over the hotly-contested two-day event. 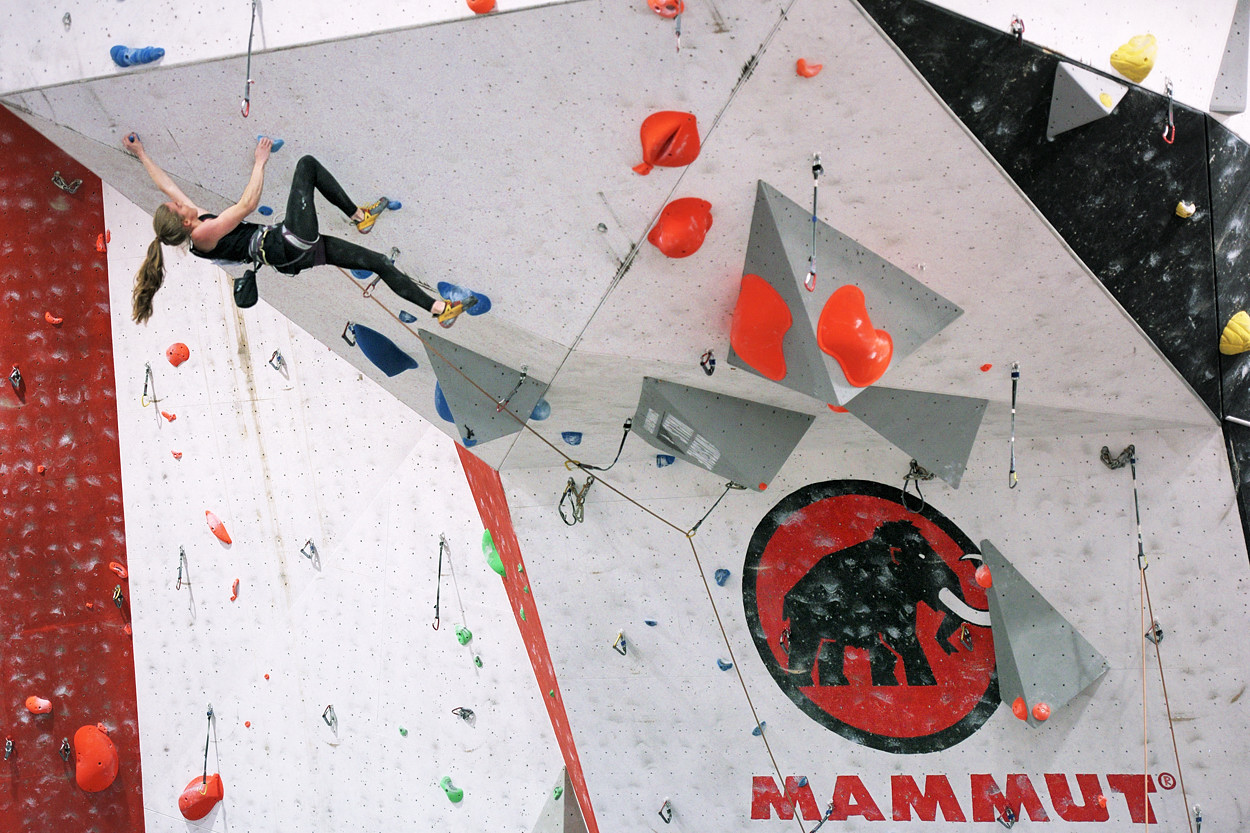 With over 200 climbers and paraclimbers attending it was a popular event. With veteran, senior and Youth A, Youth B and Youth C in both male and female the lead competition was a ‘full-on’ affair. In addition, junior and senior speed titles were up for grabs. The paraclimbing comp was a IFSC World Cup event.

Saturday’s qualification round for the senior men saw a major curved ball thrown into the arena from the route setters - a jamming crack!  It caused considerable disquiet when several of the competitors failed to navigate the feature and fell low-down. Other than that, the by now usual massive blobby volumes which are common-place in today’s top-end comps were much in evidence thanks to the hold suppliers/sponsors BetaClimbingDesigns, Cheetah and Agripp. 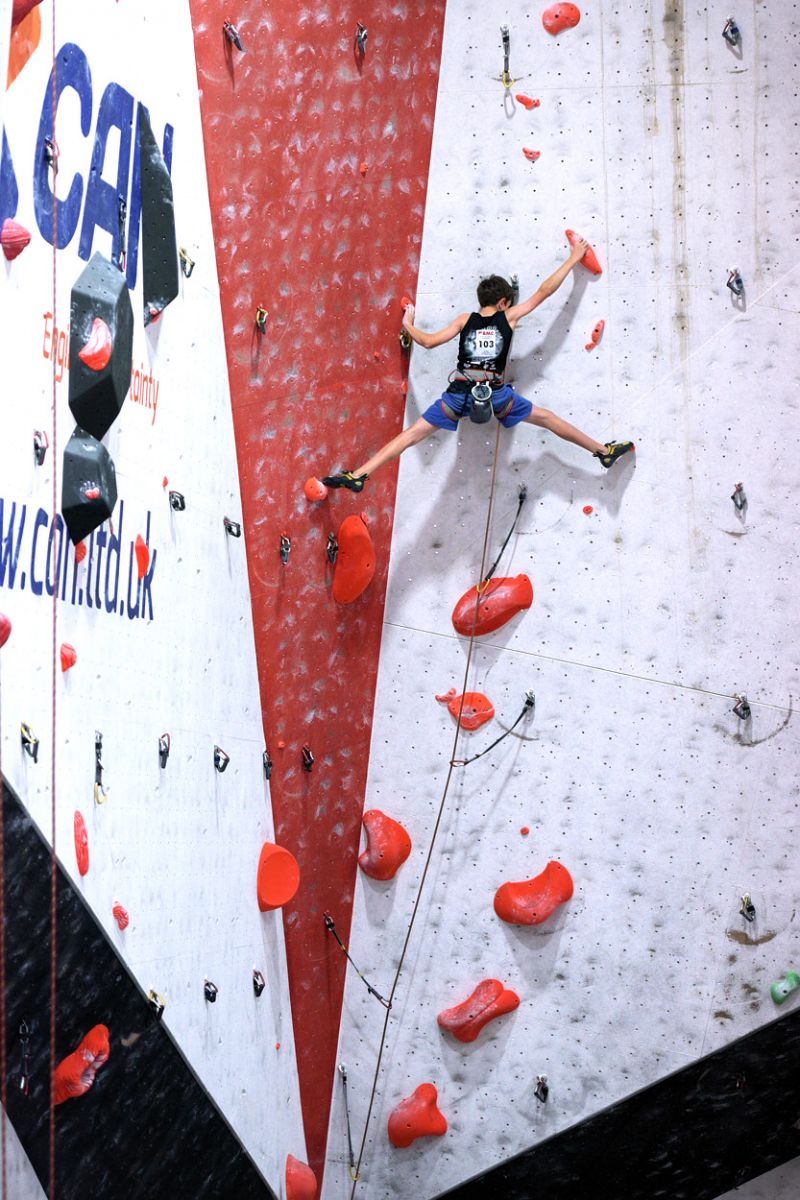 Sunday was finals day and it was totally full-on for a two-hour stint with climbers contesting the veteran, senior, Youth A, B and C lead titles. First out were the vets along with the Youth groups. The crowd witness numerous impressive efforts including wins from Toby Roberts and Finley Wood in the male youth events. 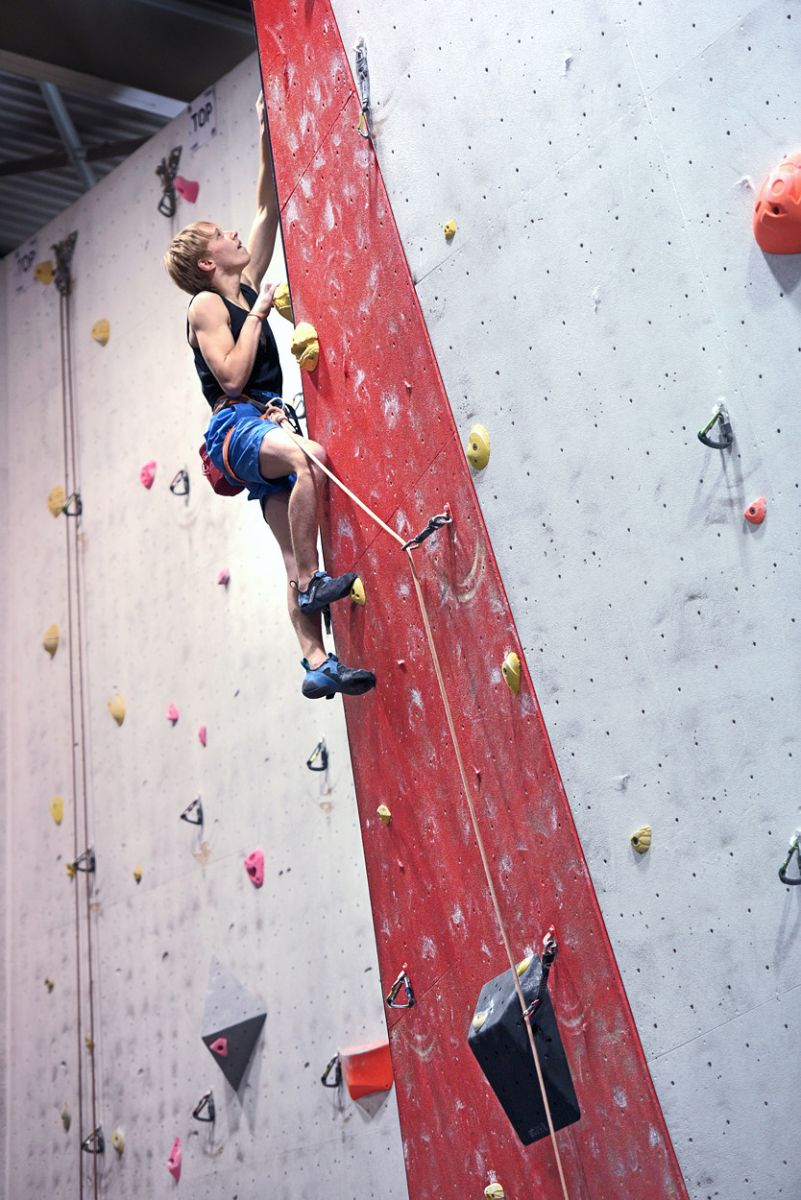 Finley Wood put in a stonking effort to top his route – the only male or female climber to do so. Toby Roberts also cranked and snaked his way between the big volumes - especially impressive given his still diminutive size – most of the way up a particularly blobby-looking route. 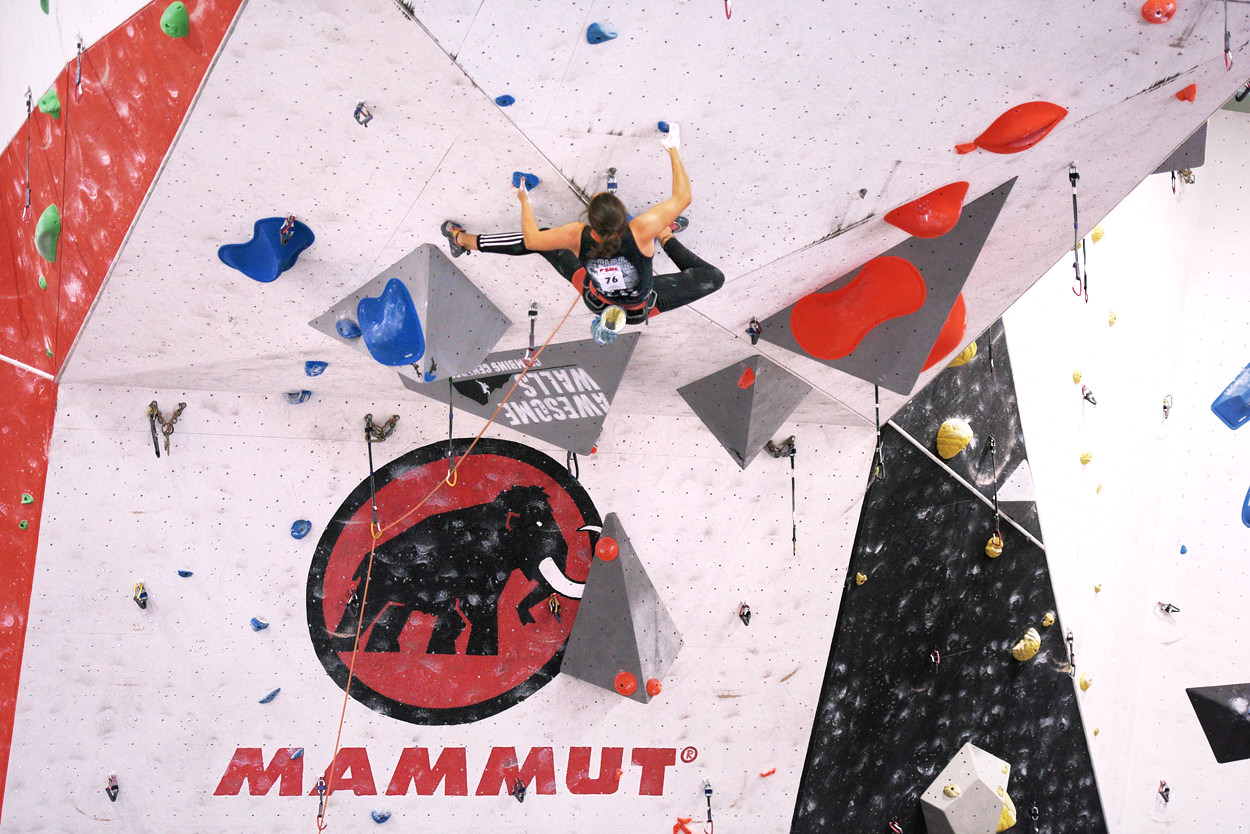 The male and female Youth A events saw two very close finishes – especially so in the female comp which was won – on count-back – by Kitty Morrison when she edged Isablelle Adams into second; both Kitty and Isabelle falling off on the same holds. Kieran Forrest’s winning margin over Max Milne – just three moves - was a mile by comparison! The veteran titles when to Jonna Goorney and Nigel Leeming respectively. 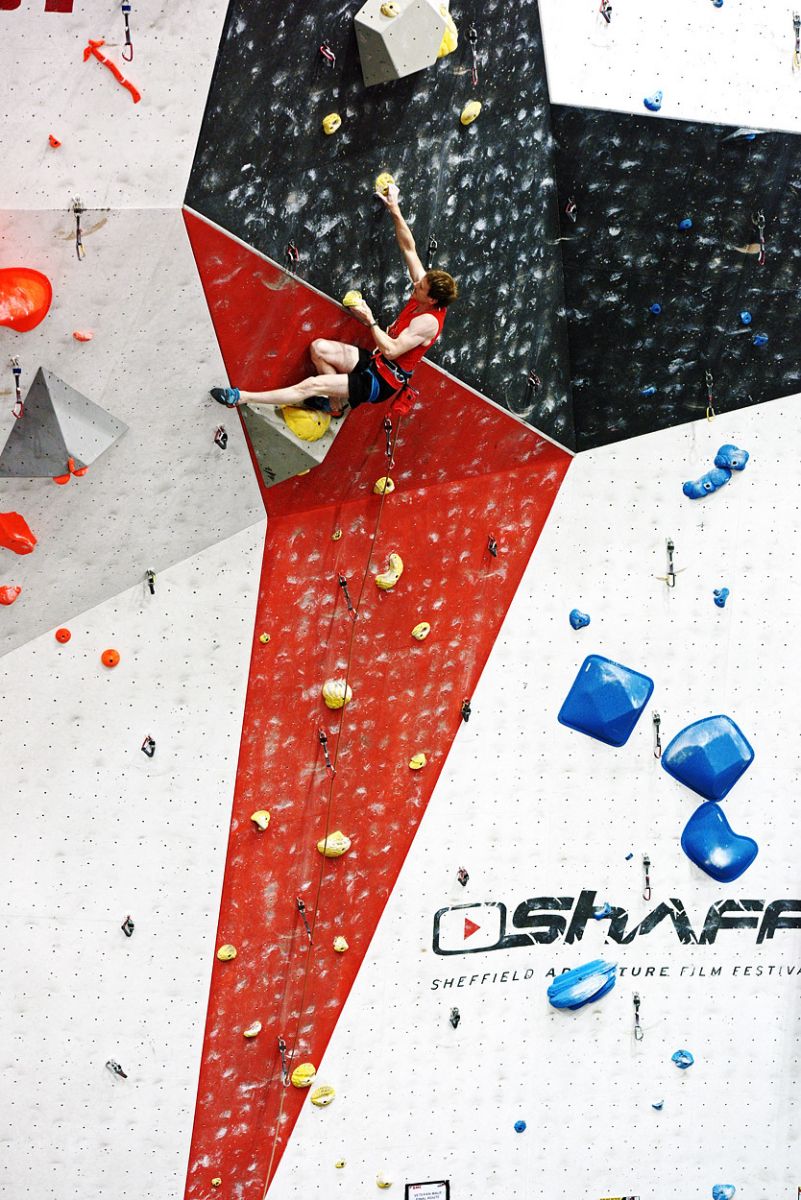 The vets were out in force too – the men’s route taking the striking right-hand side of the main wall. Photo Keith Sharples

The main event however was the senior lead title. With the 2016 title holder Molly Thompson-Smith away in China the field in the women’s event was wide-open not least because of the Jara Spate a visiting Swiss climber who is over here for the autumn. Jara posted an excellent burn on the women’s route only failing on the final moves on the headwall. She collected a pretty big lob and the second place but the deserved winner was Hannah Slaney – the only climber to top the route. 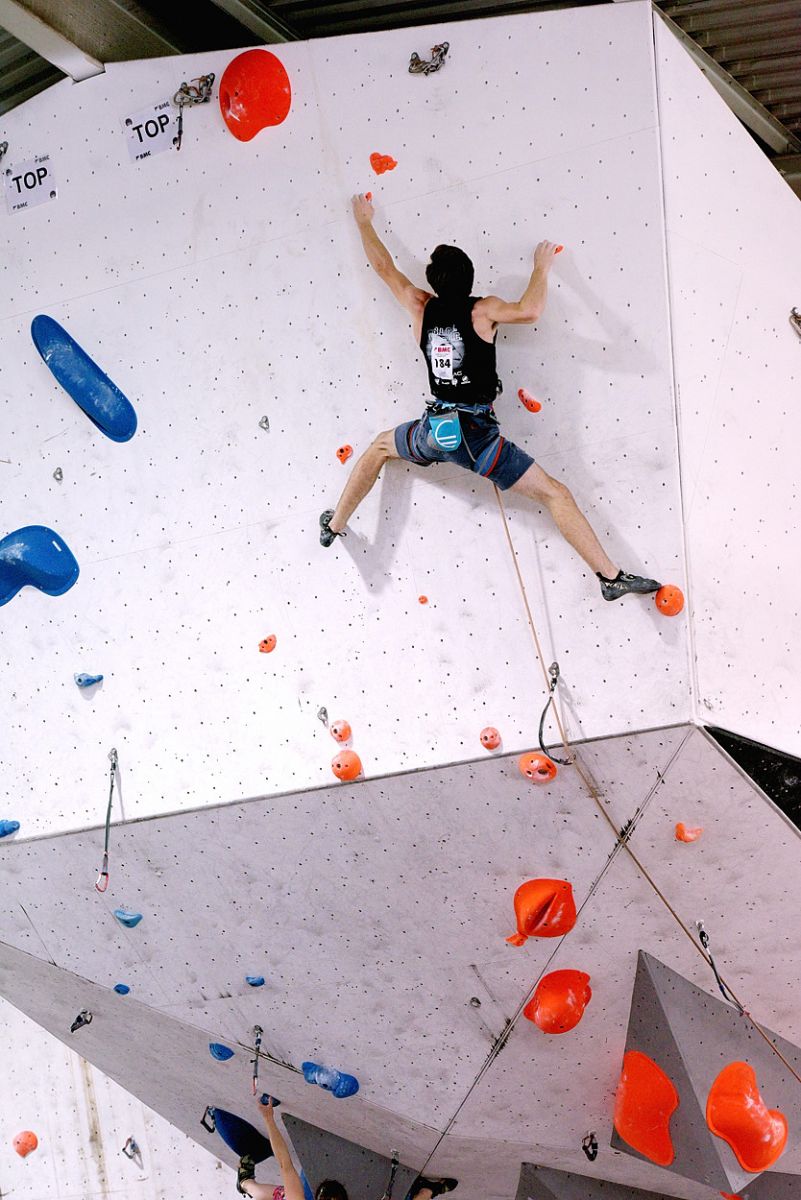 Will Bosi on his way to winning the male senior title beating Jim Pope into second place. Photo Keith Sharples

The men’s event included all the big names with the young guns Will Bosi and Jim Pope being pushed hard by none other than the grand master, Dave Barrans. Climbing in that order, Will Bosi came out and posted an impressive performance topping the route – the first climber to do so. Next out was Jim Pope who looked equally impressive right up to the final couple of moves when he fell. Like Spate, Pope picked up a big lob and second place. David Barrans was last out and all eyes were on him. If he topped out the title was his; no pressure then for The Don! Like Jim, Dave climbed well but fell turning the lip. Will Bosi had knocked Jim Pope off the top slot thereby reverse the finishing order of the 2016 and 2015 comps.

The men’s speed event produced an extremely close run final between Will Bosi and Orrin Coley – so close in fact that they had to re-run it and only then did Bosi come out the victor! Billy Ridal picked-up third place. Over in the female event Jara Spate redressed the balance of the lead comp by winning the final run beating Jen Wood into second place. Hannah Slaney came in third.

Competition in the paraclimbing event was equally fierce with no less than 49 paraclimbers competing from 15 countries. Team GB paraclimbers had a great weekend collecting an impressive six podiums positions in total with category wins going to Hannah Baldwin (RP2) and Matthew Phillips (AU2).