Steve McClure has just returned from a week-long trip to Chulilla where’s he’s on-sighted a dozen or so 8th grade routes including Tako Okame (F8b+). 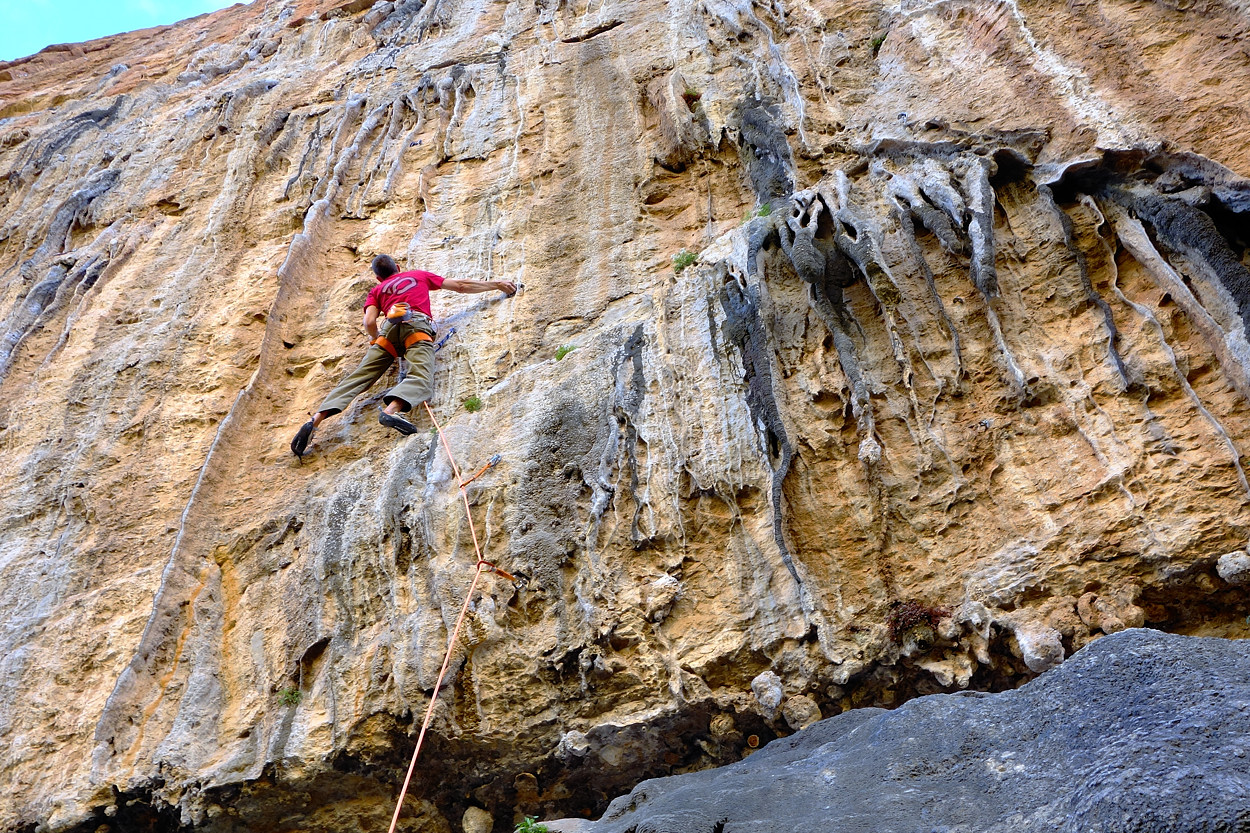 Steve McClure setting out on yet another hard on-sight at Chulilla. Photo Keith Sharples

Climbing six days during the week-long trip, Steve wasted no time getting into the on-sight groove when – despite having been shut down by the lousy British weather for much of the autumn – he pulled an F8a+/b out of the bag on Day #1!

Steve is no stranger to hard on-sighting and is believed to be the only Brittish climber to have on-sighted F8b+ both at home and overseas. He first hit F8b+ with Indian Summer at Kilnsey back in 2002. More recently, he flashed Tom and Jerry in the Verdon in 2013 although he's been almost entirely focused towards his mega project at Malham during 2014 and 2015.