News from Loch Duntelchaig in Scotland is that Robbie Phillips has climbed his long-standing project to give What we do in the Shadows (E10 7a) and Dave MacLeod dives straight in for the second ascent. 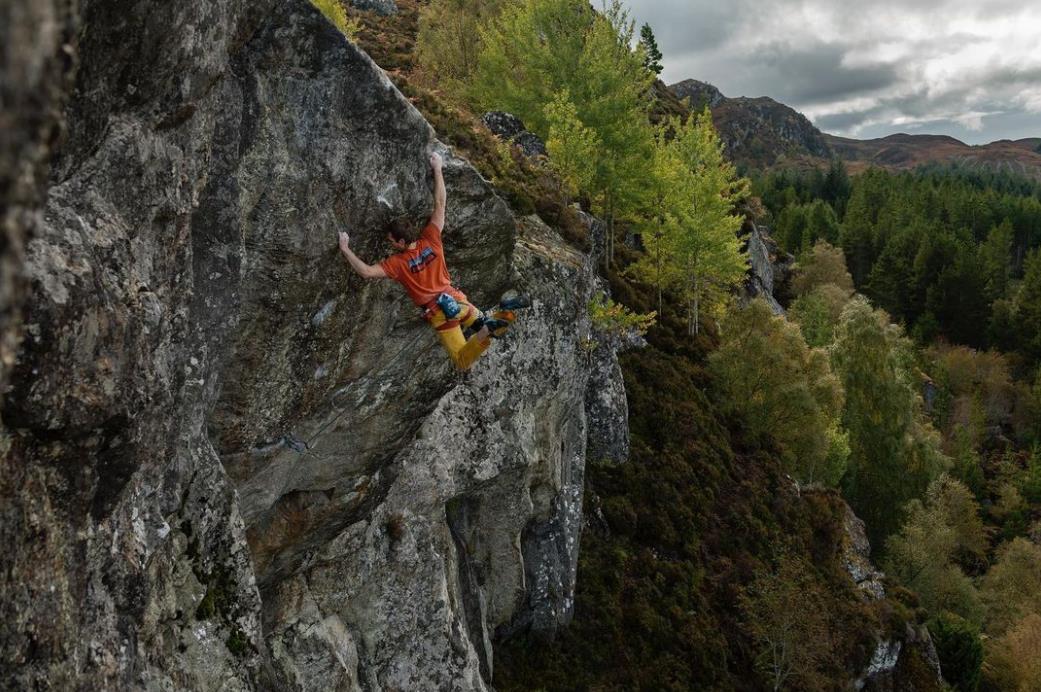 Robbie has been working on this project since late summer 2020 and finally managed it on a top rope two weeks ago. Yesterday, with Dave MacLeod belaying, Robbie tied in and went for the lead.

“It didn’t go down without a fight 🥊 I dropped the last move twice! Turns out the fall is safe 🤪 which is awesome because that makes it an F8c/5.14b trad line with relatively low risk attached! The fall is fairly big, but with a well-placed cam and a good belayer, the fall is soft and straight into space rather than straight into the rock!

Then shortly after my successful ascent, it got its 2nd Ascent by none other than my belayer… @climbermacleod 🏴󠁧󠁢󠁳󠁣󠁴󠁿 🧗‍♂️ I’ve been truly privileged to share the projecting process of this climb with Dave from pretty early on! It’s been nothing but laughs, good energy, and a lot of learning, so for it to come together for both of us on the same day felt really magical! 💫