News from Orkneys is that Robbie Phillip and Alex Moore have just repeated Longhope Direct  (E10 7a) on St John’s Head. 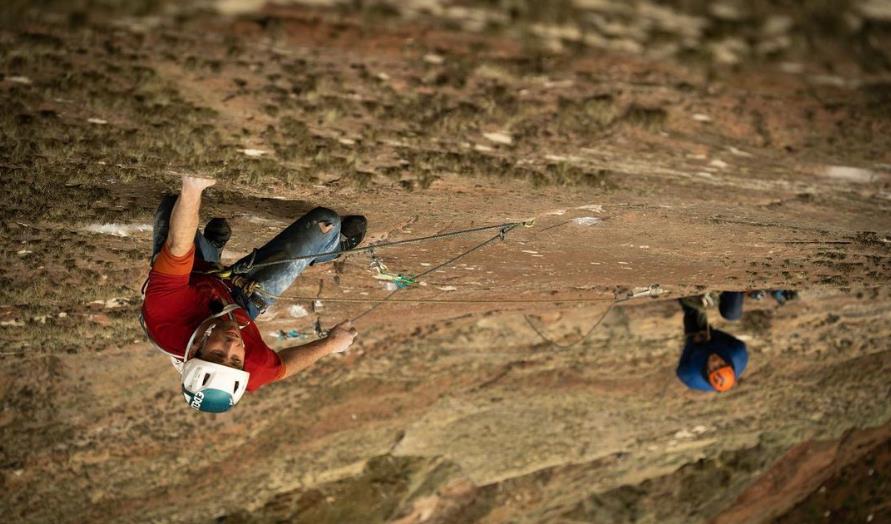 Climbing this year with Alex Moore, Robbie Phillips returned to Orkney in mid-May for a second year running. Having attempted Longhope Direct last year with Emma Twyford their attempts on the Dave MacLeod masterpiece on St John’s Head on Hoy were thwarted by a combination of nesting sea birds, sunny conditions and the shear difficulty of the route.

Writing on Instagram Robbie described their recent success which, perhaps unsurprisingly, didn’t quite go to plan:

“We had planned to have a day off, followed by two more days practice, then a 2-day rest before the push… but a glance at the weekly forecast settled plans pretty rapidly ☔️ we were going for it TOMORROW!

Getting up at 4am and walking into St John’s Head in the rain was not exactly the conditions we’d hoped for… Gearing up at the top with wet feet in the cold Scottish mizzle made achieving our goal even more of an unlikely event. Then disaster struck when our ropes got caught during abseil and I spent an hour descending wet grass to untangle them from sandy choss amidst a den of fulmars… it was already 10am when we got to the base and my pants were covered in bird sick 🦅 🤮

We made good time however as me and Alex moved well as a team. We only stopped once for lunch, and even Alex made a point that we’d barely sat down before I was forcing us back up again… but it was good I did because time was of the essence. When we reached the final crux pitch we were both knackered and it was pretty clear we’d have time for one go each! It was my lead and I really didn’t feel like it, but I racked up anyway before noticing that I’d racked up back to front… my head was struggling to comprehend how to rack up in order of gear placement 😵‍💫 How was I gonna manage a 65m pitch of 8b trad?

Alex said some words… I can’t remember what they were, but they must have been good because somehow I didn’t fall off!”

Having led the crucial pitch Phillips then abbed down and Moore led the pitch as well. Due to a shortage of time Moore lead it on the gear that Phillips had placed during his lead.

Originally aided by Ed Drummond and Oliver Hill in July 1970, the Longhope Route was the longest and most demanding multi-pitch route in the UK. Dave Turnbull and John Arran freed Drummond’s 450m route after two concentrated attempts in 1997. They graded the route HXS/E7 6c and climbed it in a total of 23 pitches. Dave MacLeod added the Direct variant in June 2011. Since then it’s been repeated by James ‘Caff’ McHaffie and Ben Bransby in 2013.

Climber is in touch with Robbie Phillips and hopes to bring you more details of the ascent asap.