Two of the UK’s mountaineering legends, Sir Chris Bonnington and Doug Scott, are teaming up to raise money for the earthquake-stricken Nepalese people. Next month, they plan to climb to height of Everest (8,848m) on the ice wall at the King Kong Climbing Centre in Keswick to support the work of Community Action Nepal (CAN) in remote regions of Nepal.

The challenge which Bonnington, Scott and the rest of the team face is that collectively they will have to climb the wall 1,000 times within a 24hour period. The challenge has been set for Friday June 12th and Bonnington and Scott will be joined by up to 240 member of the public on the climb. 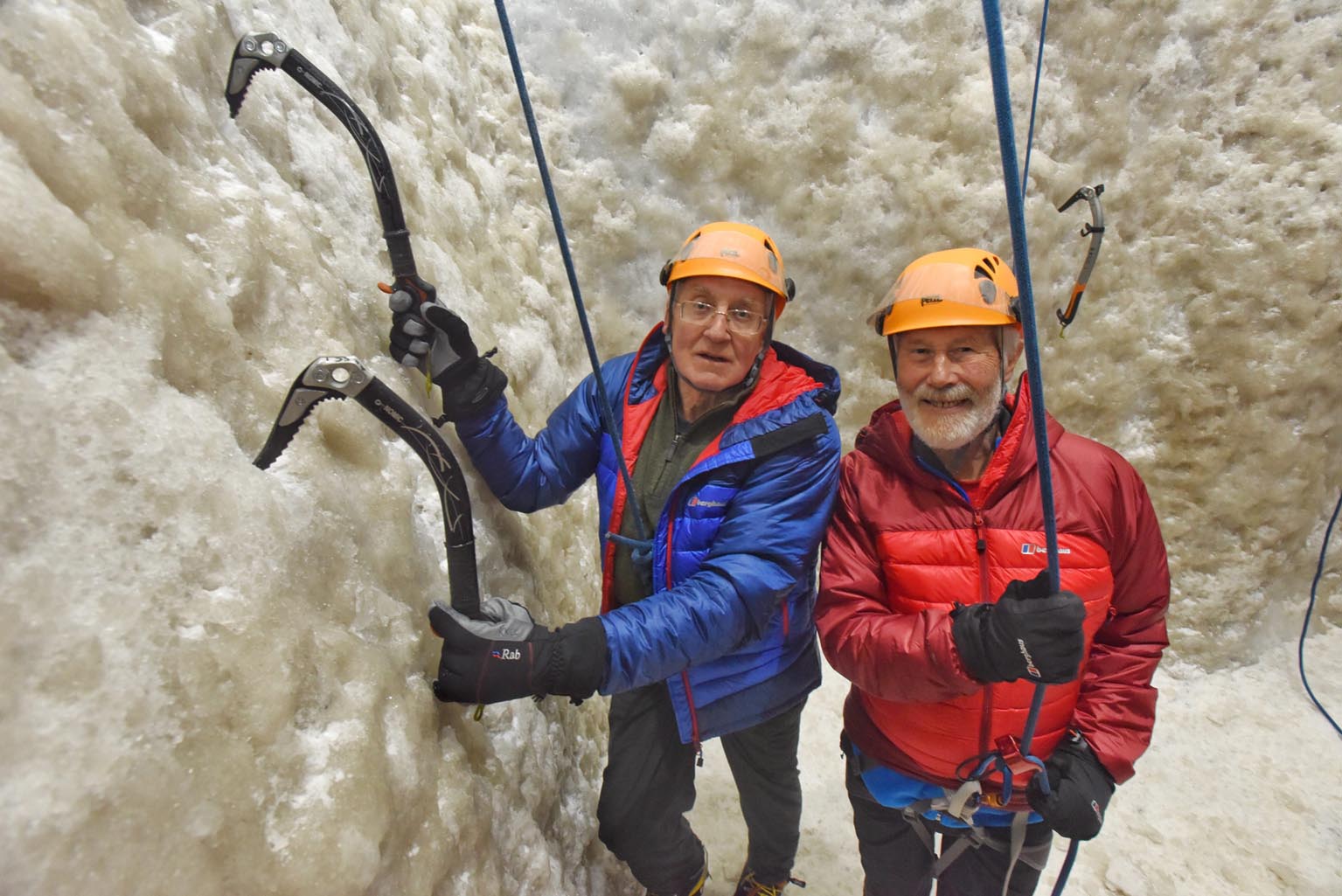 Forty years ago this year Chris Bonnington lead the successful South West Face Expedition to Everest, Doug Scott and Dougal Haston both summited. All funds raised by the project will go directly to the Community Action Nepal (CAN) Earthquake Appeal.

Founded by Doug Scott, for 20 years CAN has provided nurses, health posts, teachers, schools and rescue shelters that serve 250,000 people in remote Nepalese villages.  In the regions that were hit worst by the earthquakes, such as Langtang, Gorkha and Helambu, these vital community buildings have been badly damaged or completely destroyed, and homes have been reduced to rubble.  CAN’s people on the ground are already working directly with local people to offer essential support.  100% of donations made to CAN’s Earthquake Appeal go directly towards relief efforts and the rebuilding of communities.

Doug Scott appeals to the public:

“Lives have been devastated, homes destroyed, families bereaved and children orphaned.  It is so incredibly sad.  Despite all that has happened I am optimistic.  The Nepalese are resilient and

resourceful, but they need our help.  Please support #ClimbForCAN, either by getting behind the Sir Chris Bonington 24 Hour Everest Ice Wall Challenge, by creating your own challenge or simply donating on our JustGiving page.  Any money that you give to CAN goes straight to the coal face.  Please help.  Whatever you can give goes a long way.  Thank you”.

The project has already secured corporate sponsorship from outdoor brand Berghaus and is being supported by Mountain Fuel - Peak Performance Nutrition, King Kong Climbing Centre and Right Lines Communications.  #ClimbForCan has been launched on the first day of Keswick Mountain Festival, which has announced that £1 from every entry ticket or activity wristband sold during the weekend will be donated to the campaign.  In addition, the festival will also support a range of other fundraising activities for CAN, including a massive sale of outdoor kit by Trail magazine in the Festival Village on Crow Park, from 2:30pm on Sunday 17 May.