Adam Ondra starts 2022 off with a report of a ‘historic’ first ascent in the former Czechoslovakia and some storming sends at Siurana. 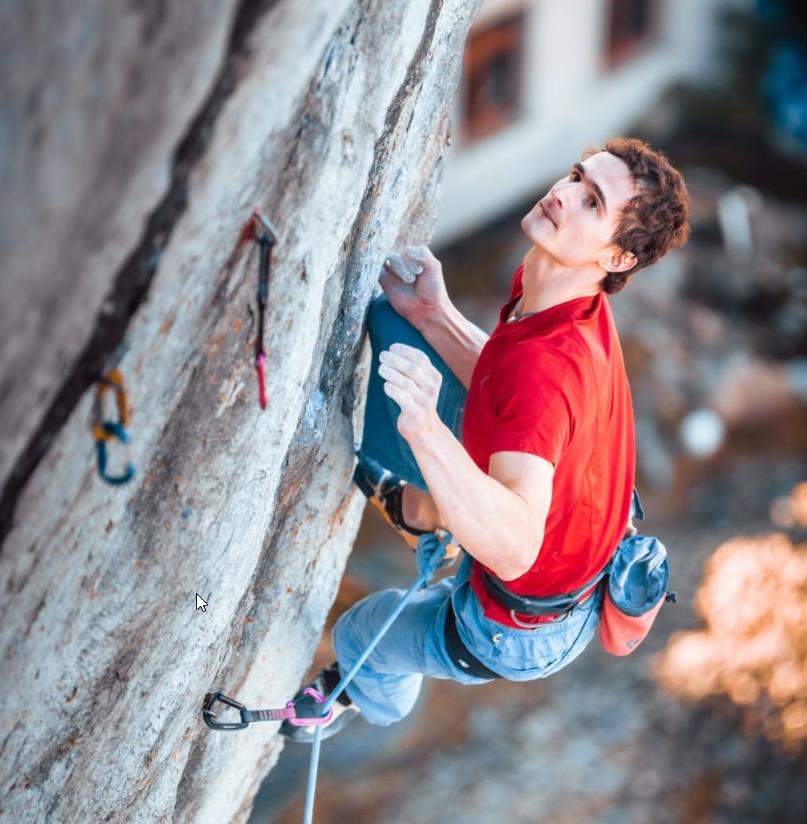 Firstly, Ondra reports that he’s finished off a long-standing 27-year-old project which was bolted by Tomáš Pilka back in 1994! The route starts off a ledge some 25m above the ground and then takes an overhanging wall to finish virtually inside a castle on top of the crag! The initial section of the project involves a hard bouldery crux after which the route joins and finishes up an established F8b+.

Writing online about his first ascent Ondra summed it up saying: “The route is now called Absolutorium 9a (Beckov, Slovakia ??), and it is definitely one of the nicest 9a’s in former Czechoslovakia (Czechia and Slovakia have been separated since 1993).

Incredible vision to bolt this thing 27 years ago ?”

Adam Ondra is now in Siurana where he’s quickly achieved radar lock on the La Capella sector which has been in the news a lot recently. Ondra made the first ascent of La Capella back in 2011 but was uncertain at the time whether it was F9b or F9a+. Initially he gave it F9b but commented that “time would tell”. Subsequently, and in light of the recent ascents of La Capella by Jakob Schubert and Alex Megos, Adam Ondra has been back into his scorecard on 8a.nu updating the grade of la Capella to F9a+: “Update 2021: changed the grade to 9a+."

It’s fair to say that Ondra is both familiar with the climbing on that wall and on good form at the moment so unsurprisingly he’s wasted no time adding to his 8a.nu scorecard with a repeat of Will Bosi’s Furia de Jabali.

Given the interest in the La Capella sector and the latest new routes there from Will Bosi, the cognoscenti are hanging on for Ondra’s thoughts on the grades of these routes. They didn’t have to wait very long!

After his super-fast repeat of Furia, Ondra explained his thinking: ‘Checked the moves once in the end of the day, next day (after trying King Capella first) rechecked the crux move again and sent on my second go. Done with Wil's method, for the traverse completely different method and probably easier. Low-end 9a+ with my height and method, for shorter climbers can be tiny bit harder, but not 9b.'

Ondra has also been smashing out the hard on-sights as well. After “warming-up” with two F8a+'s, Ondra also on-sighted La Pequena Mowgli (F8c)  which he gave a personal grade of F8b+. 8a.nu report that whilst Ondra has now on-sighted over 100 routes graded F8c and harder his scorecard “only” lists 89!

It seems eminently probably that Ondra will be in the news again shortly with more repeats of the other La Capella Sector routes so watch this space.

Watch Ondra climbing the first ascent of Absolutorium below: