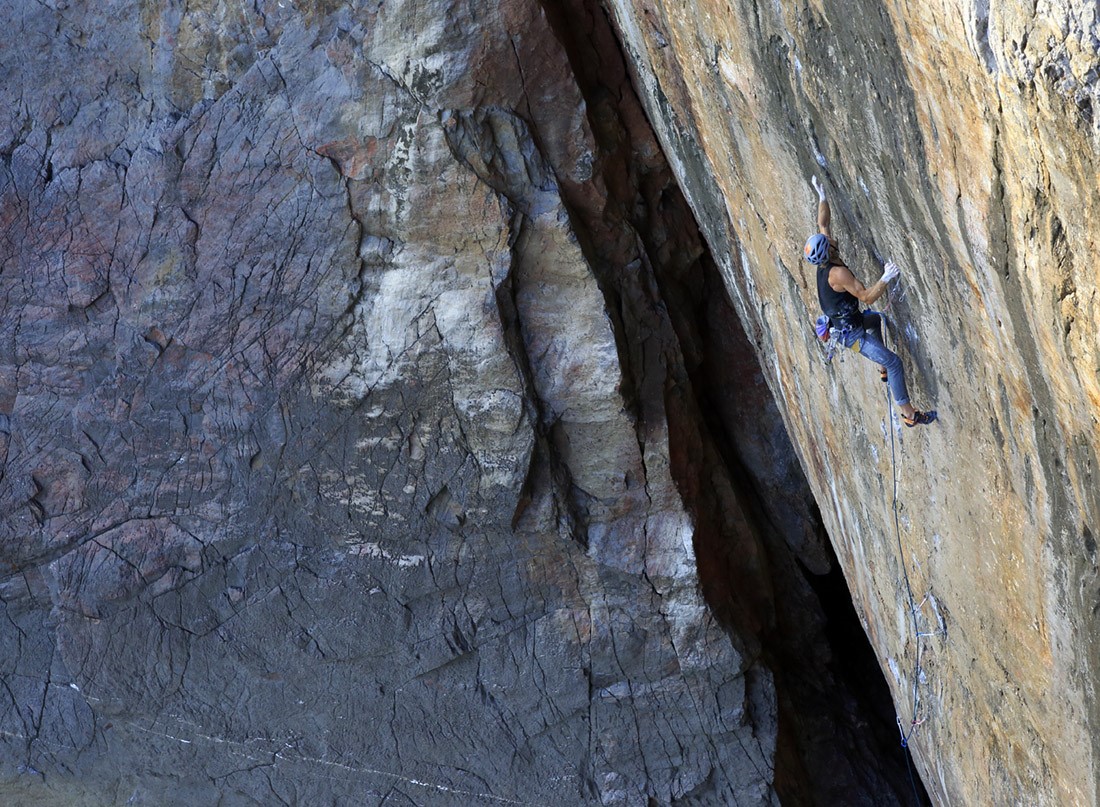 Earlier this summer Matt teamed up with Emma Twyford to climb the Camillotto Pellisier on the Cima Grande in the Dolomites. That trip had originated when Matt and Emma tried The Big Issue together last summer. Since returning from the Dollies the main focus for Matt has been The Big Issue.

It seemed Matt and Emma’s trip to the Dollies hadn’t exactly been the best preparation for The Big Issue as Matt wrote on FB: ‘Coming back from the Dolomites I didn’t realise how long it would take me to recover from this trip! My max hangs with added weight on the fingerboard was 40% off what it was before I left! My body felt broken and my energy levels super low.’

By mid-August Matt was getting to grips with his preparations but, as is typical, conditions and access issues were causing issues; ‘Definitely the most inspiring trad route I’ve ever seen after belaying @emmatwyford on her send last year. Logistics though are a nightmare...tides, smeg, sun, waves, sharks and the pure steepness to get the gear in to work moves, all definitely add up to make this something special and worth the efforts.’

Fast forward to early September and Matt started his lead attempts. By Sept 8th, and climbing with Maddy Cope, Matt fell off the last hard move; ‘ Slightly upset for dropping the last hard move to jugs and rest after all the hard climbing on The Big Issue. Beta though now refined ready to go for next time.’

Matt had no such problems on his latest and successful attempt when he bagged what we think is the 13th ascent of the Pembroke test-piece.

Originally, The Big Issue was bolted by Pete Oxley in the mid 90’s prior to John Dunne stepping in for the first ascent in 1996 on which he used a mixture of leader-placed and in situ gear. Steve McClure did the second ascent in 2000 after which both Adrian Berry and Gaz Parry both repeated it using similar mixed gear approach. In 2014 however Yuji Hirayama lead it clean by placing all the gear on lead. Several ascents, including Barbara Zangerl, followed before Emma Twyford climbed it in 2018.