Matheson ticks off Another Lonely Day

Craig Matheson recently snatched what is likely to be one of the last good days of the year up on the mighty Scafell East Buttress to make the second ascent of Another Lonely Day (E8 6c). 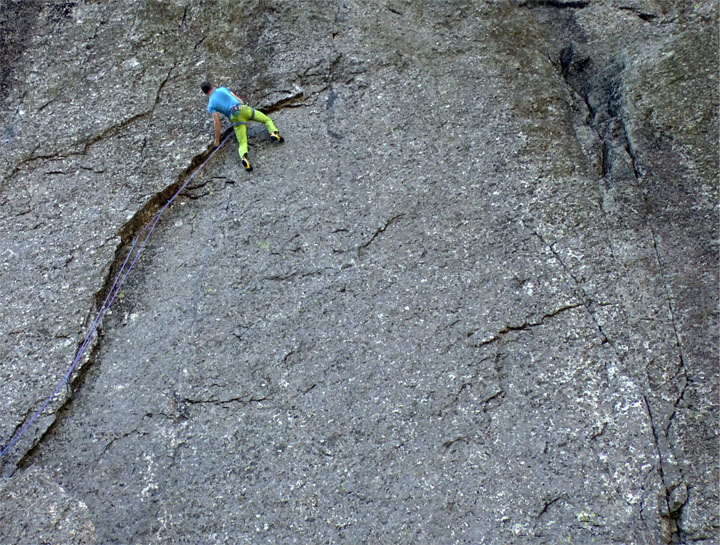 Taking a day off work to get full advantage of what is likely to prove one of the last good climbing days this year on Scafell’s East Buttress, Craig Matheson’s efforts were rewarded when he managed the second ascent of the unrepeated Dave Birkett testpiece. Back in 2002, the year after the foot and mouth shut-down of the high fells, Dave Birkett broke out of the savagely overhanging East Buttress classic, Borderline (E7 6c) onto the equally overhanging right wall before headed-off up the curving overlapping and then up the still massively overhanging wall above. Birkett was so impressed with the quality of the line that he pronounced it ‘Simply the best traditional route in the Country’!

Since Birkett’s ascent Another Lonely Day has remained unrepeated. Craig Matheson however, is on what seems a personal mission to repeat all the hard Birkett routes in the Lakes. As previously reported (click here) earlier this year Craig Matheson did an early repeat of another of Birkett’s Lakes classics, Hasty Sin Oot Ert Hoonds (E9 6c) on Cam Crag, Wasdale. 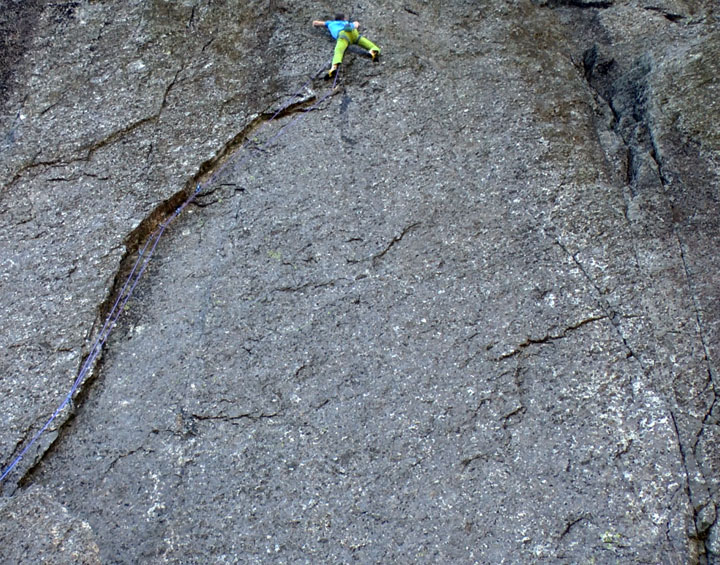 Firstly, can you describe Another Lonely Day

The line takes a natural weakness (an overlap feature) directly up the centre of the East Buttress. It’s incredibly steep on this part of the crag and the climbing involves sustained laybacking on typically unhelpful holds. There is no escape once you commit yourself and the moves don’t ease off until you’re above the overlap. Its F8a climbing on dubious RP protection.

Having repeated Welcome to The Cruel World last year has Another Lonely Day been on your radar ever since?

I think anybody who has been to that part of the crag will hold a secret desire to climb that feature – you just get drawn to it. I’d actually had the intention of climbing New Horizons and had left a rope up there in April ready for a look when it warmed up, but got side tracked by Cam Crag activities repeating Now’t But A Fleein Thing (E8 6c), Hasty Sin Oot Ert Hoonds (E9 6c), Lookin Lish (E8 6c) and establishing two new routes Babyface E7 6c and Scarface (E6 6a) so I was keen to get back up to Scafell when the weather allowed. It must have been late August or early September when I finally got the opportunity and for some reason I ended up abbing down Another Lonely Day for a quick look.

Can you describe your approach to climbing Another Lonely Day, how much cleaning was entailed and then how your attempts went?

The hard climbing is above Borderline in the overlap feature and it’s so steep here that it doesn’t take any seepage and the line is naturally clean. It’s not the sort of route to have ‘attempts’ on as the only good gear is in Borderline and you’d hit the Ichabod ramp if you come off the move to the peg (which is a very poor blade). You need enough strength in reserve at the peg to back it up with a critical DMM Micro Wallnut 0 (which is hard to place/quiet blind) and then make the final lung for better holds - which is easily droppable.

Is it as good as Dave Birkett claimed – ‘simply the best traditional route in the Country’?

What have you left to do now on Scafell?

Quite a few and these include the big three aretes; Death Arete, Talbot Horizons and New Horizons. But first I’d like to complete the routes on the south east face, so Return of the King will be next.

If recent good weather does end as forecast what will be your focus for the rest of the year?

Staying injury free! I had three months out at the end of last year with elbow tendonitis and I don’t want to repeat that this year.

Craig is sponsored by Ocun and OTE.