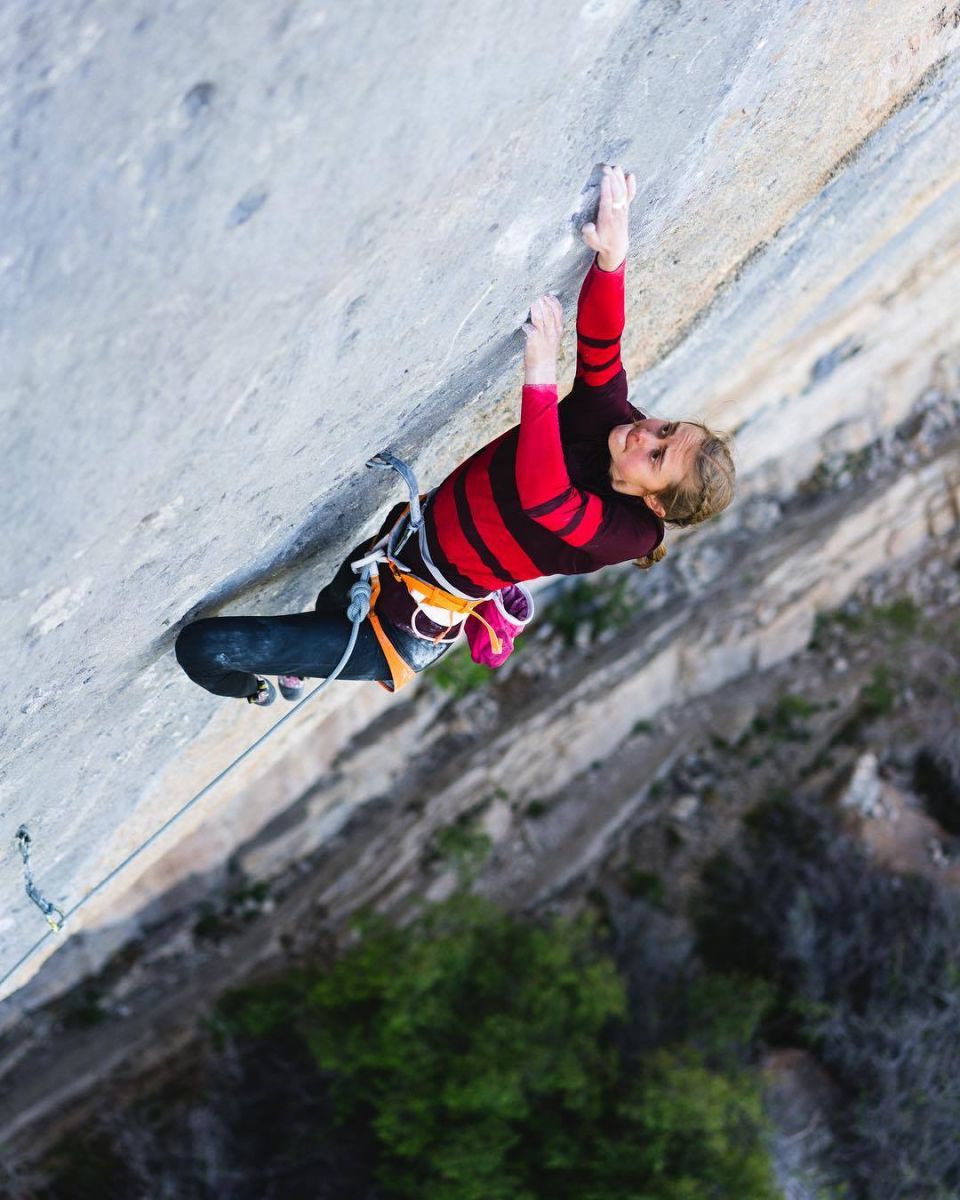 In February earlier this year, Margo Hayes became the first women to repeat an F9a+ when she redpointed La Rambla Extension in Siurana. Now she’s become the first women to redpoint Biographie. Hayes has been vying with Janja Garnbret for the honour of the first female repeat of Biographie and in the summer it looked as though Janja was going to lift that prize when she came very close to redpointing it on what was just her sixth ever try. On that occasion however, Janja didn’t get the job done leaving the way open for Hayes.

Posting on-line Hayes is obviously delighted with her ascent of Biographie as well as her time in France over the summer: “Biographie tested my commitment, my fortitude, and my belief in myself. In May, I touched Biographie for the first time. Ever since, the route has been ingrained in my mind and body. In one week, I will leave France, the country that I have lived in and learned from for the past year. Just yesterday, I realized this dream. The difficulties of this endeavor were overshadowed by the sound of the birds, laughter of friends, and the changing of the seasons. To experience the delicate power that Biographie holds is a true privilege. I am so grateful for the support that I have received from the climbing community throughout this process, especially from @arnaudpetit_climb, my mentor on this journey. Thank you, @alexandermegos for the send belay.

Chris Sharma, who did the first ascent of Biographie, the world’s first F9a+, in 2001 was quick to congratulate fellow American, Margo Hayes posting online: “Huge congrats to @margojain for sending Biographie/ Realization 9a+ in Ceuse. This is a route that is very dear to my heart and taught me so much about myself and learning to dig deep. It was a dream come true to make the first ascent of this line in 2001 after several years working in it. Amazing to see the progression in our sport and see women climbing at the highest level! Excited to see what's to come! Very inspirational!”

Margo Hayes’s ascent comes just days after Anak Verhoeven also joined the F9a+ club with her first ascent of Sweet Neuf as we reported earlier this month – click through here for that report. Previously, both Josune Bereziertu (2005) and Ashima Shiraishi (2016) have both climbed at F9a/+ level but Hayes was the first female to repeat a confirmed F9a+ with La Rambla Extension.

Click through here to see more of Matty Hong’s photographs.