Magic in the Woods for Dave MacLeod

Dave MacLeod has just had what he describes as a “magic night in the Wood” nailing both One Summer in Paradise (Font 8b) and Riverbed (Font 8b) in the same night. 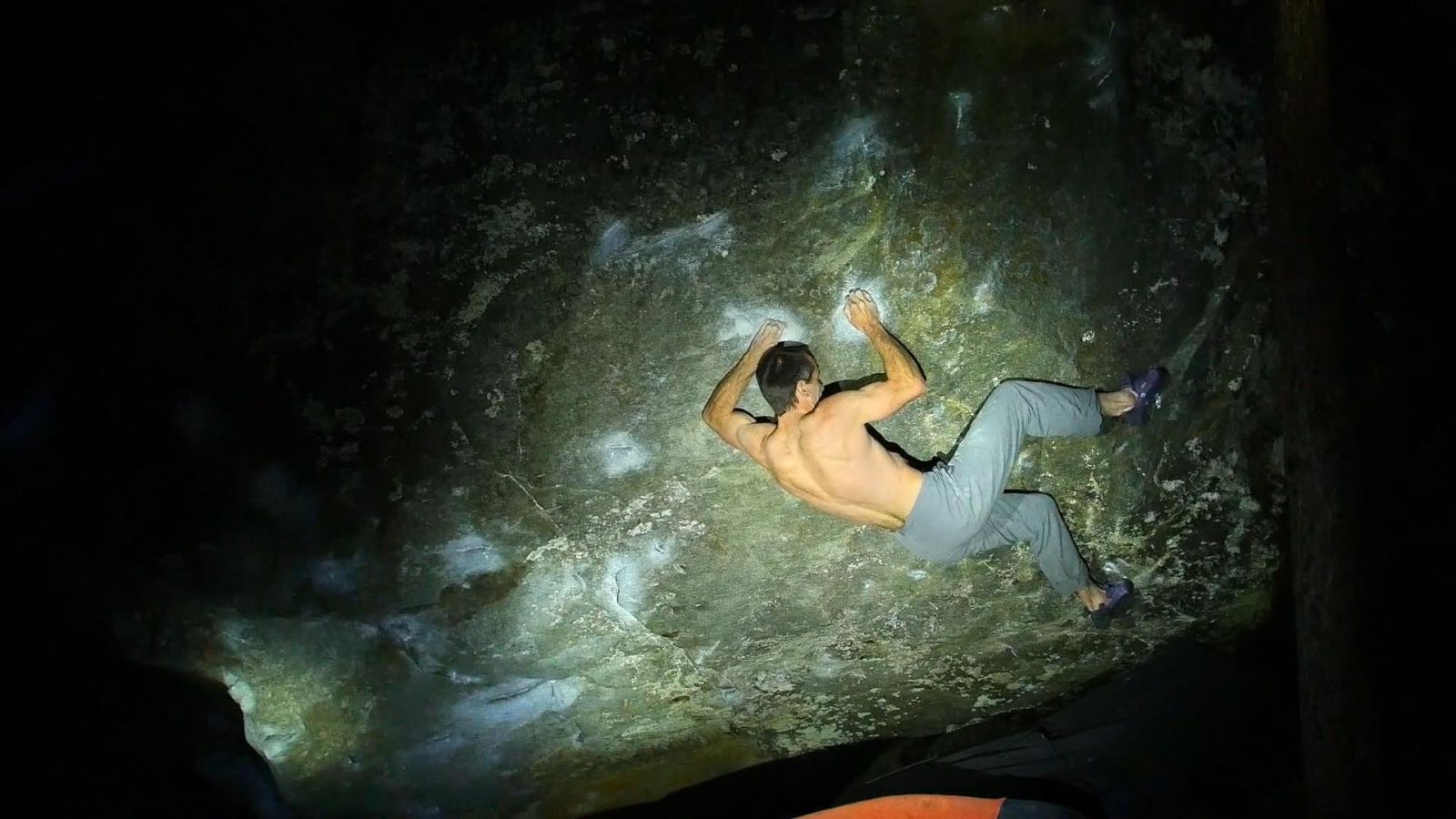 Dave has had something of an ‘eventful year’ having had ankle surgery back in March. Since then, he’s has been following his own advice (see his latest and excellent book on injuries – Make or Break) during his rehab. As we reported earlier, Dave he had a successful trip to Norway in the summer when he freed Disco 2000 (click here for that trip report). Since then Dave has repeated Dan Varian’s Cameron Stone Arete (Font 8a+) and The Force (F8b) at Brin Rock.

Writing on his blog, Dave outlines his recent trip to Magic Wood in Switzerland. Having had a set-back tweaking a finger on Dark Sakai (Font 8b), Dave set too on One Summer in Paradise (Font 8b). Working this over a couple of soggy sessions he then nailed the full link on his third session.  After that, Dave shifted his attention to Riverbed (Font 8b) which he’d worked on previously. Dave picks up the story on his blog as to how the night developed: “I was enjoying just working out the moves in a kind of relaxed fashion and started thinking I would probably return to it. But when I started from the start I found myself climbing the whole thing. As I climbed through the crux I realised I better really concentrate and try and do it, but relax at the same time. There were some exciting moments as I hadn’t placed my torch to shine on the upper headwall and ended up groping around in the dark trying to find the finishing jugs.”

Justifiably, Dave adds: “Brilliant! I was over the moon to climb two dream [Font] 8Bs in a night.” On a roll, he then had his final session at Magic Wood on Chris Sharma’s Practice of the Wild (Font 8c). Despite damp conditions Dave managed all the moves: “I couldn’t do any more than that, but I was ecstatic. For me that feels like a real breakthrough and a tentative thumbs up for some changes in my training picture recently.”

Click through here to go to Dave’s blog and watch Dave sending both One Summer in Paradise and Riverbed in the video clip below.