The long-awaited BMC AGM on Saturday 16th saw overwhelming support for the new constitution as well as Lynn Robinson voted in as new president. 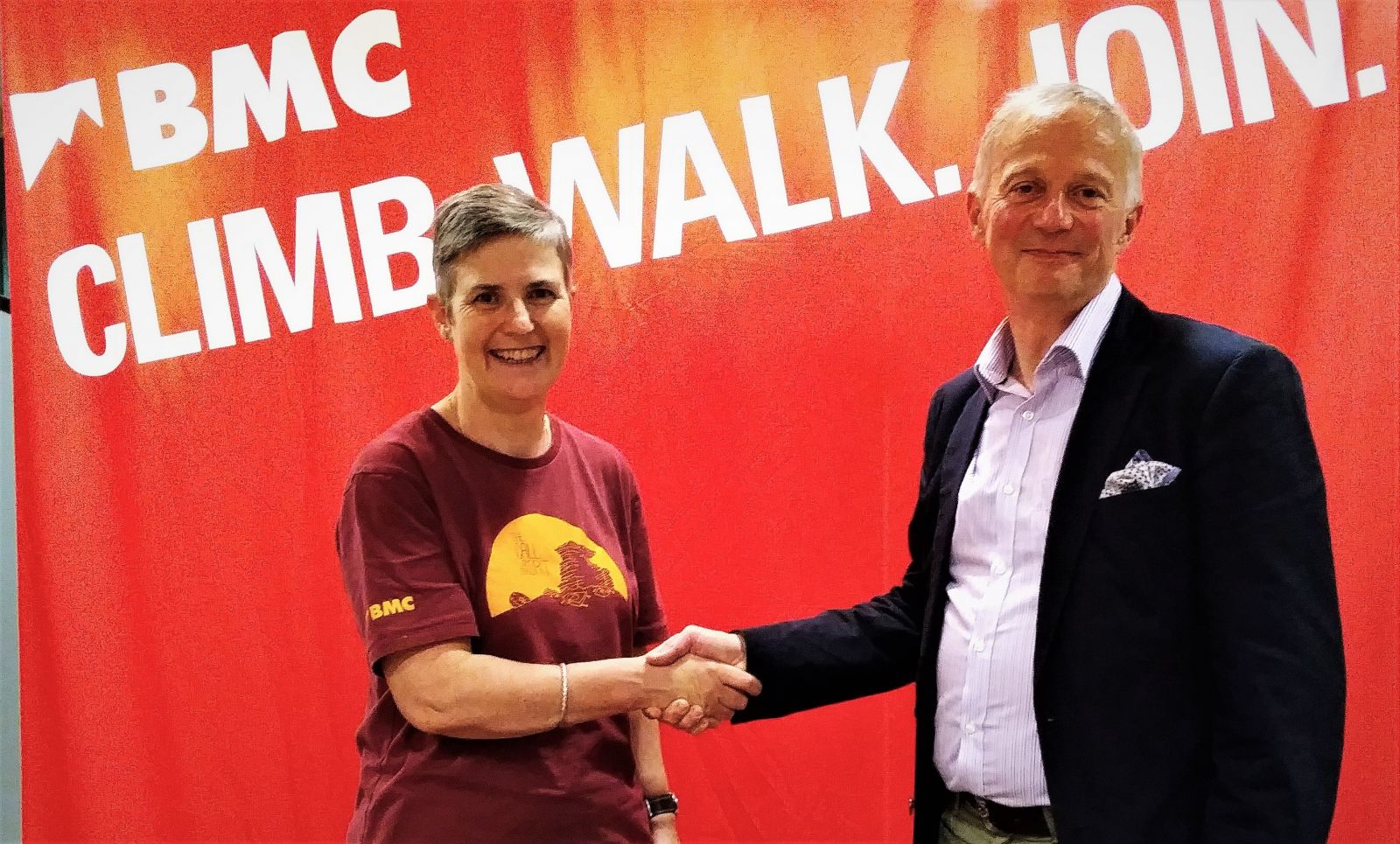 As reported on the BMC’s website, the initial items on the agenda were quickly passed. The main contentious items, items 8 and 9, however, occupied the bulk of the meeting before finally being voted on.

Item 8, an ordinary resolution proposed by John Roberts and over 500 BMC members to continue the work of the BMC in the spirit of the recent organisational review recommendations, whether or not a new constitution was adopted. This item was passed with 6222 for, 313 against and 347 abstentions.

Item 9, the special resolution to adopt new articles of association, had two options. Option A was formally recommended by the BMC National Council, BMC Board of Directors and organisational review, and Option B had been put forward by a group of members. Following a lengthy debate 6057 (92%) of the votes were in favour of adopting the new articles of association of Option A, 409 (6%) voted for Option B and 91 (2%) for neither A or B.

Then followed the election of a new president. Two candidates were standing, Lynn Robinson and Les Ainwsorth. Both gave presentations on how they saw the BMC moving forward. Following the vote Lynn Robinson was voted as the new president with 4168 votes. Les Ainsworth had 2000 votes. Lynn Robinson will therefore become the first ever female BMC president.

John Roberts was voted in for vice president with 5891 votes and Amanda Parshall became independent director with 5453. 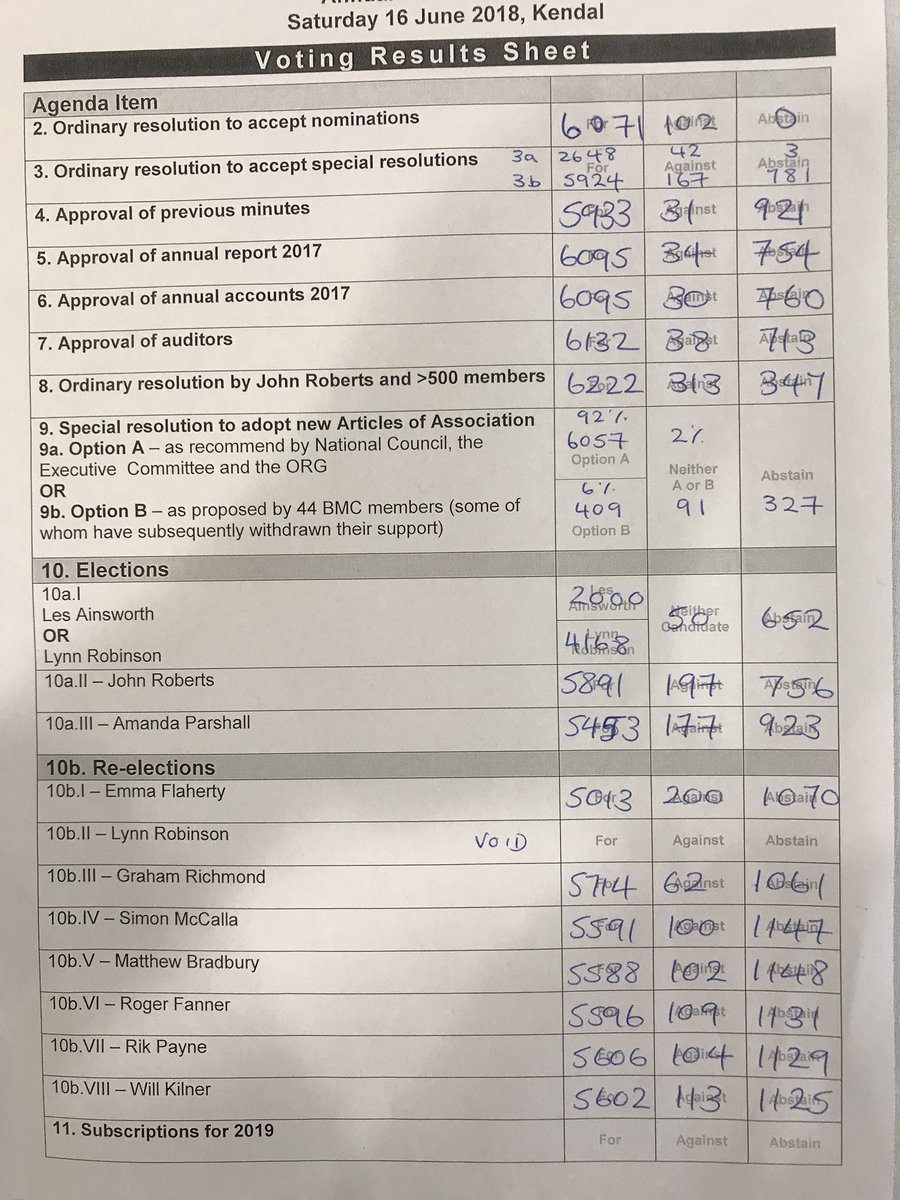 Dave Turnbull, BMC CEO, said “This was a truly historic BMC AGM. Not only did we have a record voting turnout – nearly three times our previous record – but the BMC now has its first female president. We all look forward to working together and to take the BMC forward into a very strong future for all its members.”

Lynn Robinson, new BMC president says: "I'm absolutely thrilled to have been voted in as BMC president, thank you to everybody for their support and votes. And thanks to Les for his commitment to the BMC. I can't wait to get started, and I am really looking forward to recognising some of the BMC's amazing volunteers."