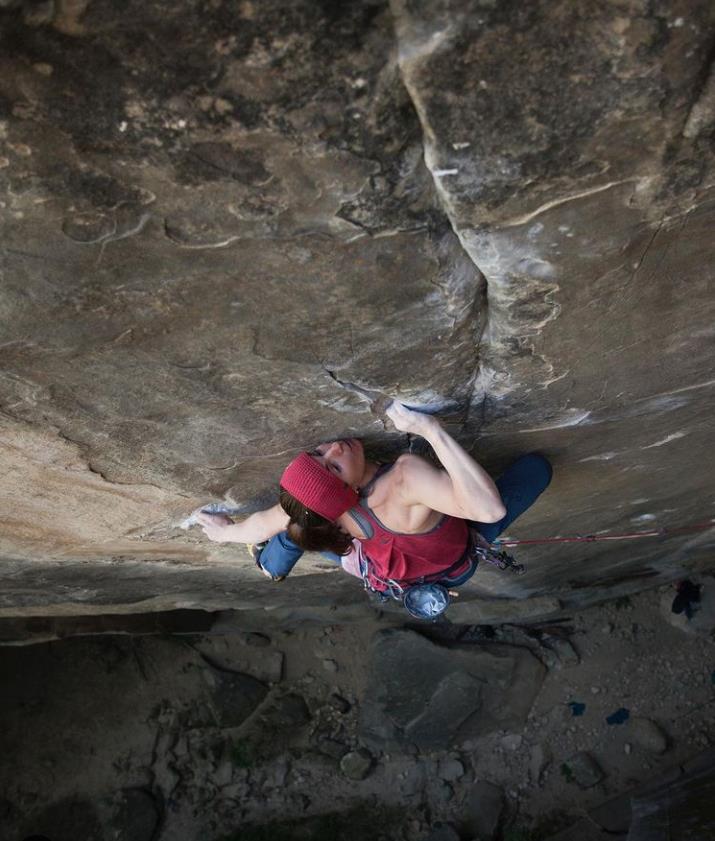 Le Voyage, one of the hardest trad routes in France, was first done by Climber Magazine columnist, James Pearson, back in 2017. The route which is on the sandstone towers at Annot in the south of France is nearly 40 metres long and involves a sustained thin crack and face climbing up an impending wall.

Jacopo Larcher and Babsi Zangerl had spent some time working the route on a top-rope before they were joined by Siebe Vanhee. Lacher was the first to headpoint the route, then Vanhee and finally Zangerl made her ascent the day after. Jacopo Larcher and Babsi Zangerl are well-known for their hard trad exploits, Siebe Vanhee has just sent his first F9a a few weeks ago, Estado Crítico, at Siurana, Spain.

Pearson described Le Voyage as "the best new trad route I have ever done" at the time of his first ascent; Lacher, Vanhee and Zangerl all agreed it was an excellent line. It’s thought that these are the first repeats of the route.

Le Voyage starts with an easy F7a section that leads into a cave where a good rest can be taken. The meat of the route above involves a hard traverse out left to the base of the route before sustained climbing up the thin crack above. Whilst trying to make the first ascent James opted to skip gear placements and to run it out to save vital strength. A long fall from the final moves resulted in James breaking a wire adding to the ‘spicy’ feel of the route. He finally did the first ascent on April 29th, 2017.

Watch a video below of James doing the first ascent…