Laura Rogora has made the second ascent of Erebor - at F9b/+ it’s the hardest route in Italy and the hardest sport route climbed by a female climber. 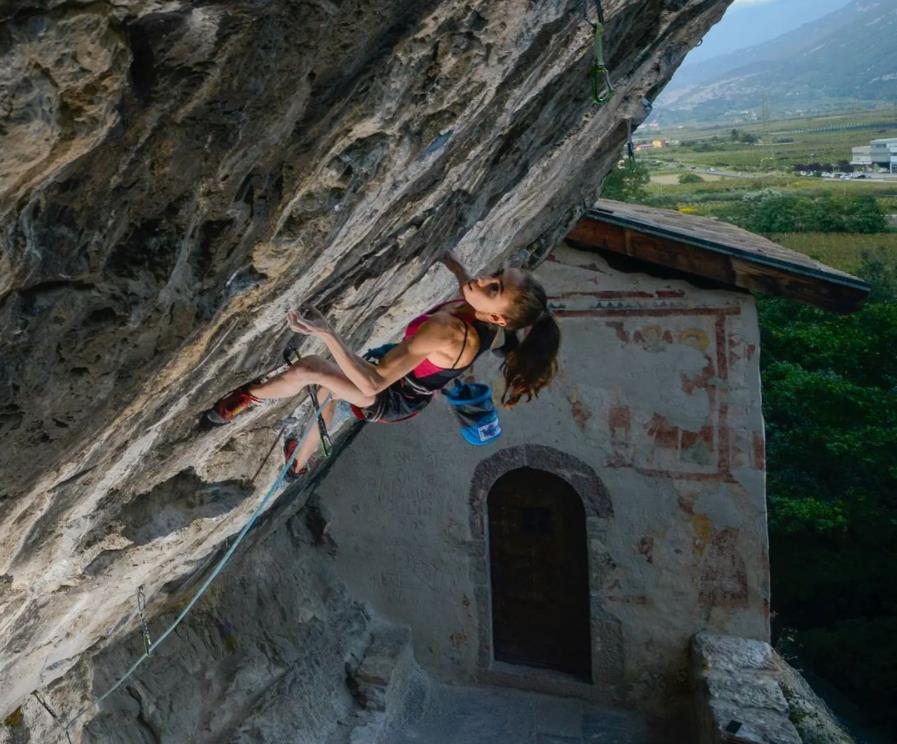 Rogora said in her online post when she broke the news of her amazing second ascent; “It was an honour making the first repetition of Italian hardest route bolted and climbed by @steghiso.”

Bouncing back from a disappointing result in the Tokyo Olympics where she finished outside the finals, she finished the 2021 Overall Lead World Cup with a bronze medal and then took a second bronze medal in the Lead event at the recent Moscow World Championship. Now, however, Rogora’s successful redpoint of Erebor puts her at the very top of the women’s leader board as the only female to have climbed F9b/+.

Erebor is Rogora’s second route graded F9b or harder. Back in July last year Rogora climbed Ali Hulk Sit Extension (F9b) at Rodellar. Her ascent of that route made her the second-ever female to climb an F9b graded route. Previously, Anger Eiter had climbed La Planta de Shiva (F9b) which she followed up with the first ascent of Madame Ching (F9b). In January this year, Julia Chanourdie has also climbed F9b when she redpointed Eagle-4 (F9b); that made her the third member of this elite leading group of female redpointers having climbed F9b.

Commenting on Rogora’s Instagram post, Stefano Ghisolfi suggested she booked her 2022 summer holidays to France: “'Just a heads up that Bibliographie [9b+] is not that much harder, if you haven't booked your 2022 holidays yet take it as a hint 🙂'

Ghisolfi also commented about Rogora’s repeat of Erebor saying: “I'm probably the only one in the world who can fully understand what this means.”