New child prodigies regularly burst onto the scene every year seemingly doing harder and harder routes and boulders at younger and younger ages; Zihenf Qia and Bayes Wilder are the latest. 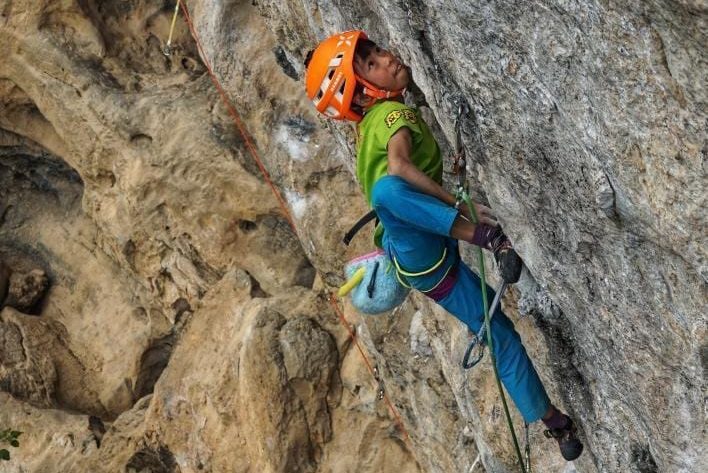 As reported by Gripped Magazine, Chinese youngster Ziheng Qiu – aged just nine years old –redpointed China Climb 5.14a on January 7th. Originally bolted by Logan Barber, China Climb at White Mountain in Yangshuo was the first 5.14b in China; subsequently it has been down-graded to 5.14a/F8b+. Last year, Meinja Li – then added 10 – redpointed China Climb becoming the third Chinese female, and the youngest, to climb the route. Now, Ziheng Qiu has become the youngest ever climber – of either gender – to climb 5.14a/F8b+.

Over in the USA, 10 year old Bayes Wilder has just climbed Barefoot on Scared Ground at Font 8A+

It’s interesting to compare Ziheng Qiu’s redpointing and Bayes Wilder’s bouldering performances with that of child prodigies from the past. Adam Ondra had redpointed F8a aged nine and by 11 he’d on-sighted F8a+ and redpointed F8c. Another young gun, Jonathan Horst, had redpointed his first F8b+ aged 10. Brooke Raboutou did her first F8a aged nine and then F8b+ aged 10 and her first F8c a year later aged 11. Angie Scart-Johnson, had also notched up F8c by the time she was 11. Bouldering performances are equally impressive. Ashima Shiraishi, one of the best young boulderers of either gender, did her first Font 8B+ aged just 12.

Bayes Wilder can be seen climbing Barefoot on Scared Ground on YouTube/below.