The North Face has released Land of Maybe, a new film starring British climber James Pearson, American Cedar Wright and Japan’s Yuji Hirayama as they successfully summit the 754m Cape Enniberg, located in the Faroe Islands.
Battling unfavourable weather conditions – it rained torrentially for the majority of their climb – near unclimbable conditions, the local puffin colony attacking the climbers and with local land-owners putting a stop to all efforts- the attempt was almost scuppered before it began.
However, once a meeting was organised with village elders, the green-light was given. “At the end of the meeting they were all so happy and psyched that they offered to drive us out in their own boats,” James Pearson explained. 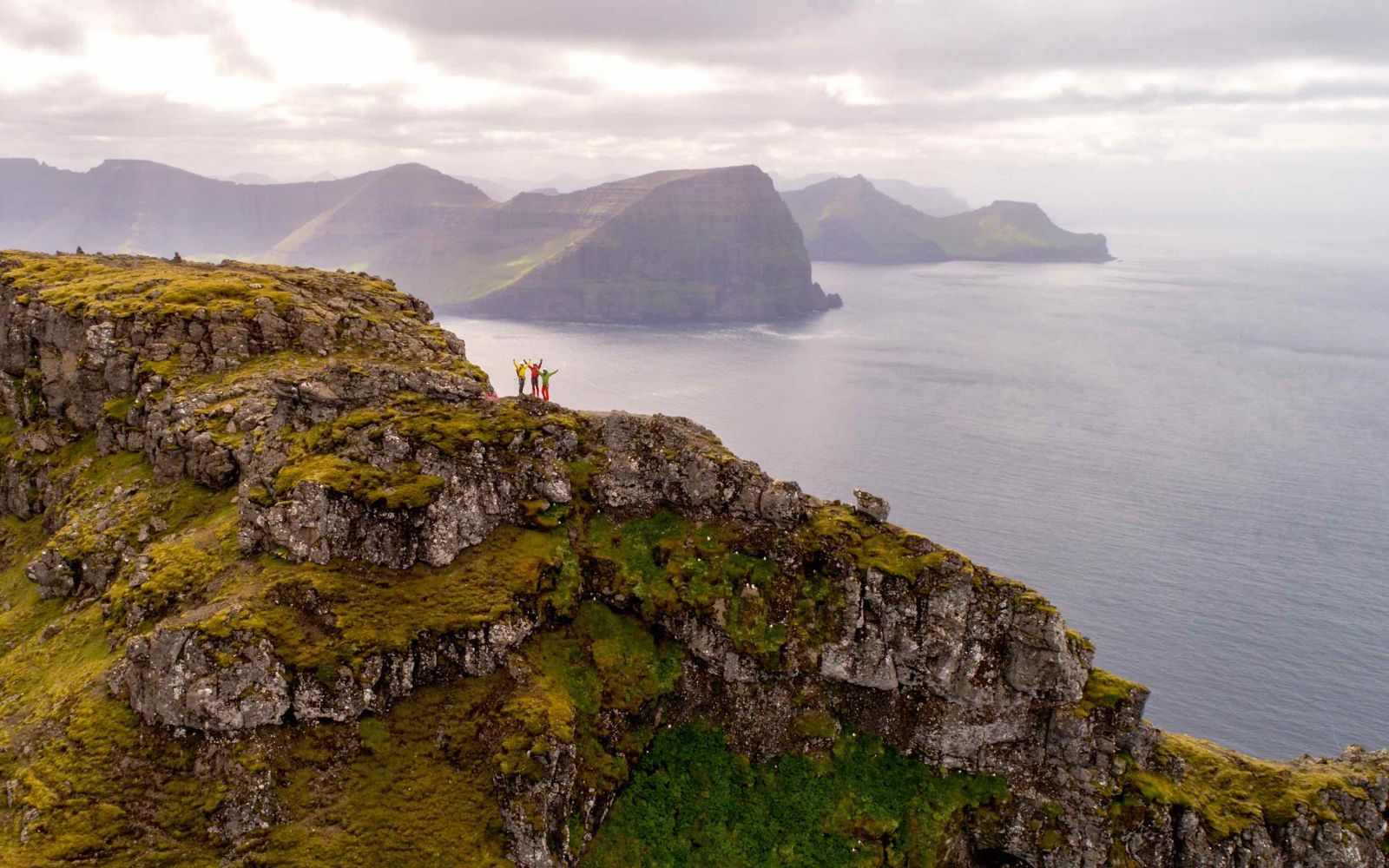 All three climbers were struck by the relationship the local people have with their land, making optimum use of it to survive the often harsh conditions. Their guide from the local Viðareiði community told the trio how, for hundreds of years, farmers have been scaling 60 metres of the vertical cliff face with their herds of sheep to reach the best grazing conditions around the nesting puffins. “My idea had been to come to a place where nobody had climbed before – at least not for pleasure. And it turns out people have been climbing here out of necessity for hundreds of years!”
Upon successfully climbing the sea cliff, the trio of climbers were surprised on their two hour hike back to camp by a party organized by the villagers to celebrate the athletes’ successful ascent. “Drinking Vodka from a ram’s horn surrounded by friends old and new was a fitting way to finish such a bizarre route,” described James Pearson.
Find out more about the expedition at: https://www.thenorthface.co.uk/exploration/our-journal/the-land-of-maybe.html or get involved by following @TheNorthFaceUK on Instagram and @TheNorthFace on Facebook.
Watch the film below or visit The North Face YouTube channel at www.youtube.com/thenorthface