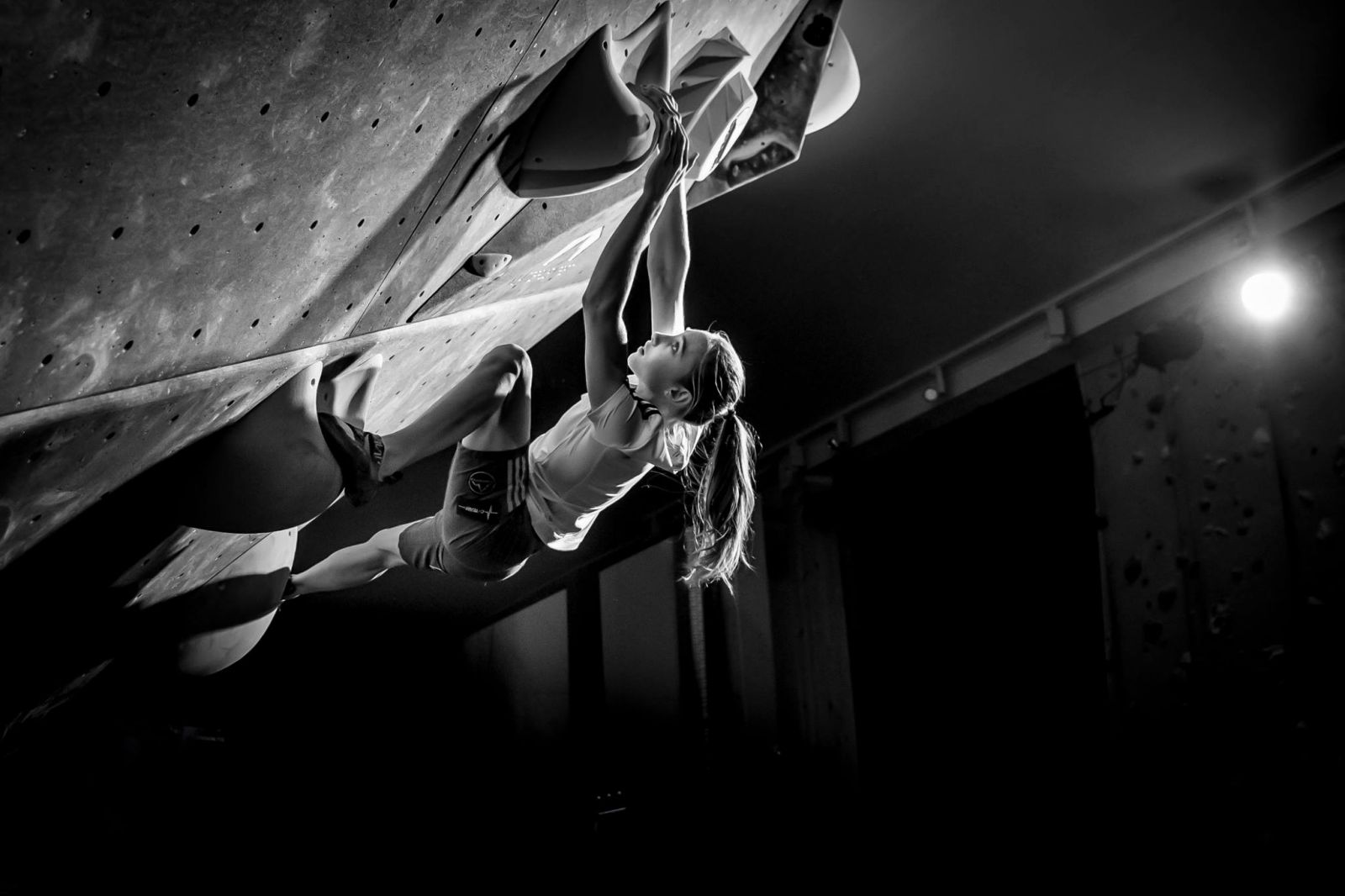 An annual invitation only event, La Spotiva 2015 comprised just five women – all of whom had trophies back home to prove how good they are at climbing. Unlike many bouldering comps, La Sportiva Legends is a ‘worked’ comp, meaning that the competitors work the blocs prior to the final competition.

Despite their huge experience at comps, both Anna Stohr and Jule Wurm were almost totally shut down. Melissa Le Neve and Shauna Coxsey managed three tops between them and so collected third and second place respectively but it was Janja Garnbret, the 16-year old Slovenian that was the run-away winner with five top that was the sensation of the night.