Kilian Jornet has just summited Everest in an astonishing time of 26 hours from Base Camp to the summit. 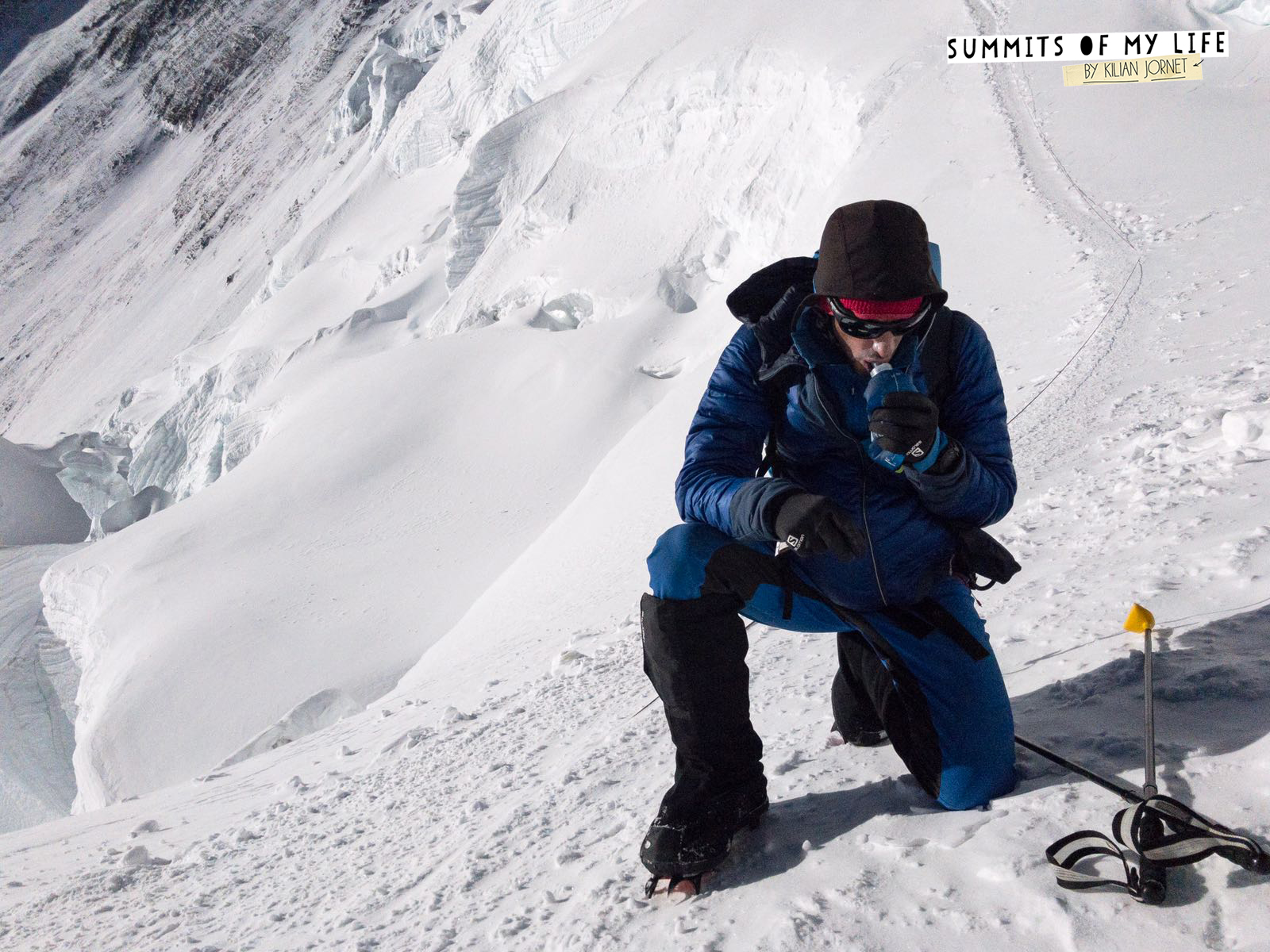 Jornet, well-known as an ultra runner, climbed by the traditional North Face route.  He reached the summit (8,484m) at midnight local time on May 21st having left Base Camp (5,100m) 26 hours previously. Another 10 hours he had descended back to Advance Base Camp (6,500m). It is believed that this is the fastest known ascent, an ascent which is even more impressive considering he climbed alone and had no security or assistance from ropes nor supplementary oxygen.

The ascent went well up to 7,700m when Jornet started having problems: “Up to 7,700m I felt really good and was making progress as planned but then I started to feel unwell, probably from a stomach virus. From then on I made slow progress and had to keep stopping to recover. I finally reached the summit at midnight.”  Having returned to ABC, Kornet stopped there to recover rather than continuing down to Base Camp itself.

A press release has further details:

"It’s important to be fresh when you reach 8,000m if you want to reach the summit. I knew that in the first stage I had to conserve energy for the final stretch,” he explained. Jornet left some of the technical equipment at the ABC and set off for the most technical part of the climb at 4:30am.

Leaving the ABC, he climbed to cross Field 1 at  7,000m. It was 6:30am and he’d been on the move for 8 hours. From there he climbed to Field 2, between 7,600m and 7,800m where Seb Montaz was waiting for him and who would film him during the ascent and then return to Advanced Base Camp to report on the situation.

Meanwhile, Jornet continued to climb. At around 7,500m he started to feel weak and had a bad stomach ache. As a result, he decided to rest for 15 minutes in Field 3 (8,300m). “I didn’t feel well and I was making slow progress. I had to stop every few metres and I had cramps and was vomiting. In spite of everything, I felt all right at altitude and decided to continue.”

From there, Jornet climbed the highest section and arrived at the summit at midnight, 26 hours after setting off. It was a clear night, without clouds or wind.  "Reaching the summit of Everest without fixed ropes isn’t something you’d do every day! I saw a fantastic sunset and finally reached the summit at midnight. I was alone but I saw the lights of expeditions setting off on their ascent both on the north and south faces. I started to descend right away so as to get to the ABC as soon as possible,” he said.

However, he rested again in Field 3 before beginning the final part of the descent and arrived at the ABC at 12h15 local time, 38 hours after he began. As he felt unwell, he decided to end the attempt at the Advanced Base Camp rather than descend to Base Camp, near the ancient monastery of Rombuk, as he’d originally intended.

The video cameraman Seb Montaz had followed Kilian Jornet during some of the challenge. Montaz left Advanced Base Camp at 3h20am and climbed to 7,500m to wait for him and film his ascent through the high fields of Everest. Montaz would then climb to 8,020m to film.  From there he descended to the Advanced Base Camp to wait for Jornet, climbing up to 7,000m to meet him. It was another handful of hours on the mountain for this guide turned cameraman. Jornet and Montaz are currently at the Advanced Base Camp recovering from this titanic effort.”

Jornet had previously attempted Everest in September 2016 but had been defeated by adverse weather which hampered his acclimatisation plans.  On this occasion they tried a new plan. Before Everest, Kilian Jornet spent two weeks on another 8,000m mountain, Cho Oyu (8,200m). The aim was to be well prepared for Everest and also to try out the new type of acclimatisation, as he explained: "In four weeks we have reached two 8,000m summits so it seems our acclimatisation has worked.  We had been training in hypoxia for a few weeks before and we went to acclimatise in the Alps before coming here. It seems that this type of express acclimatisation works and the body tires less and as a result we’re stronger when it comes to the challenge.”

The climb forms part of the Summits of My Life project which since 2012 has seen Jornet travel around the world to try to establish records on the planet’s most iconic mountains.  He began with Mont Blanc in 2012 y and since then has scaled mountains in Europe (Mont Blanc and Cervino), North America  (Denali) and South America (Aconcagua).