Kenton along with two Sherpas and another Briton, Robert Lucas, became the first foreign climbers to top Everest for two years signalling that the Big E is once again open for business. 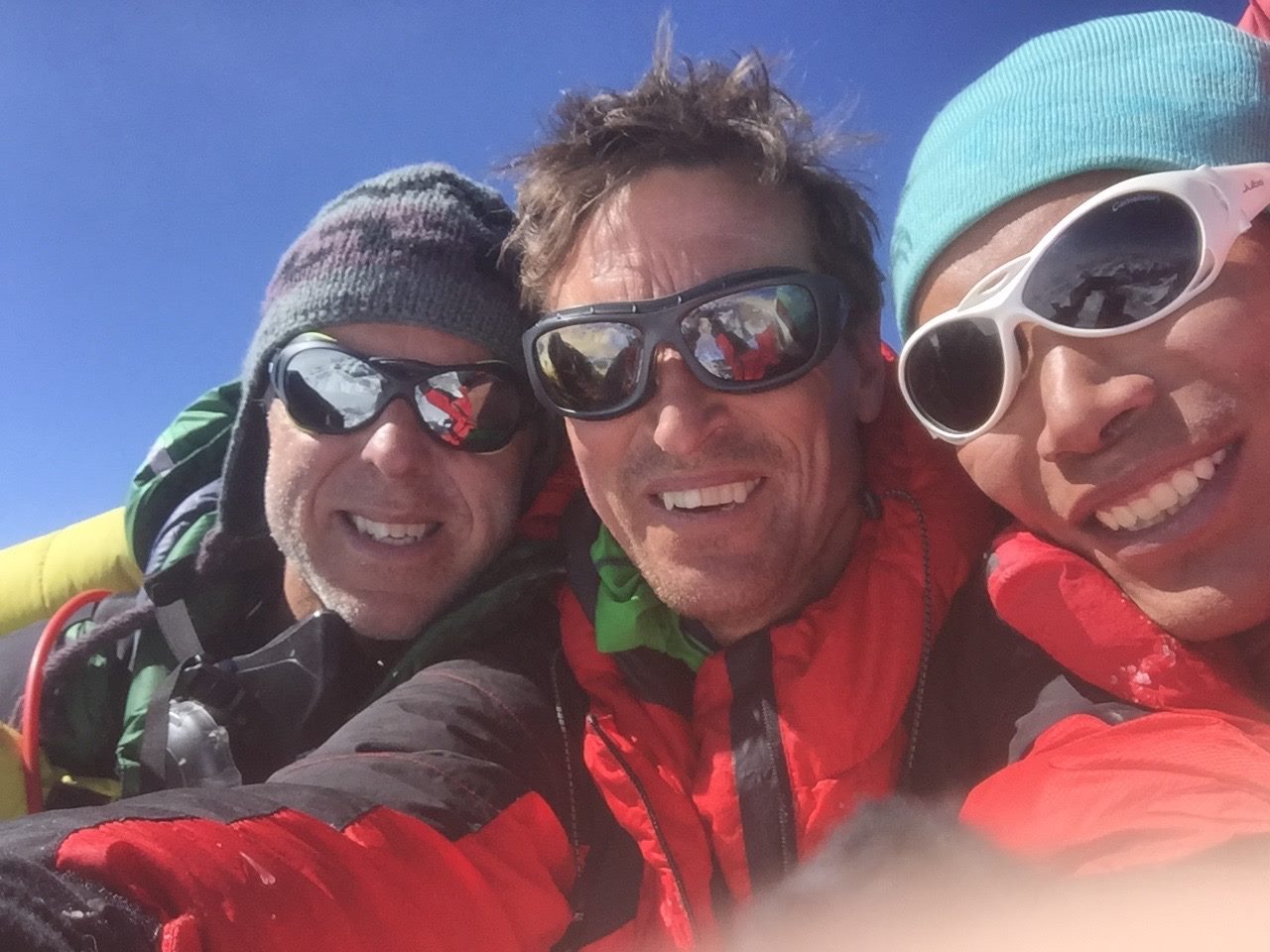 Cool and the Gang atop Everest.

Kenton Cool, Robert Lucas along with two Sherpa guides successfully summited Everest. Kenton now holds the British record for the most ascents of Everest – his latest ascent being his 12th. He’s also the only non-Asian mountaineer to summit twice in a single week. 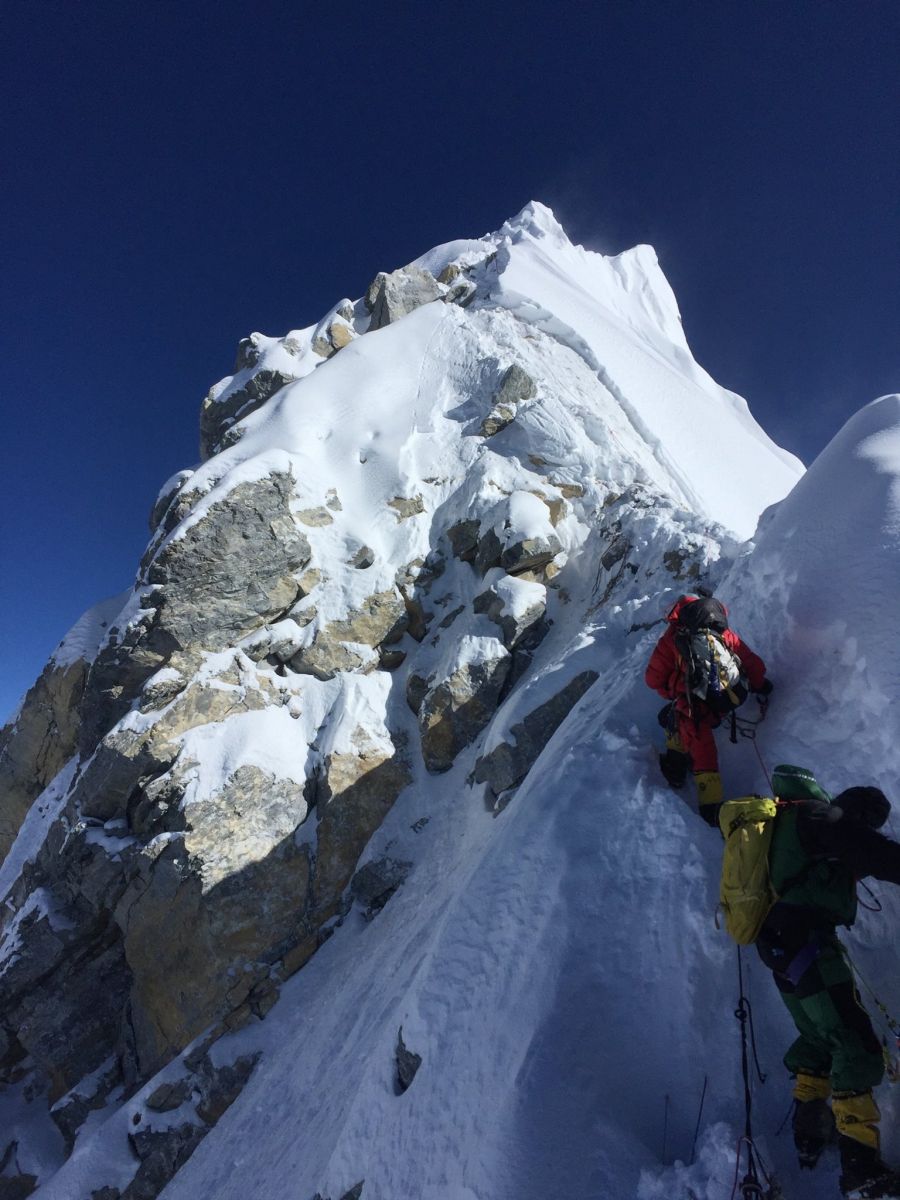 The final slope towards the summit with the Hillary Step ahead.

The last two years have seen Everest especially in turmoil; operations were abandoned during the last couple of years following incidents in the notorious icefall and massive earthquakes. Posting on FB, Norbu Tenzing Norgay, seems to suggest that the 2015 earthquakes have affected Everest higher up too as some of the rocks on the Hillary Step may now be missing!