Kenton Cool has summited K2, the second-highest mountain in the world and his third 8000m peak of the year. 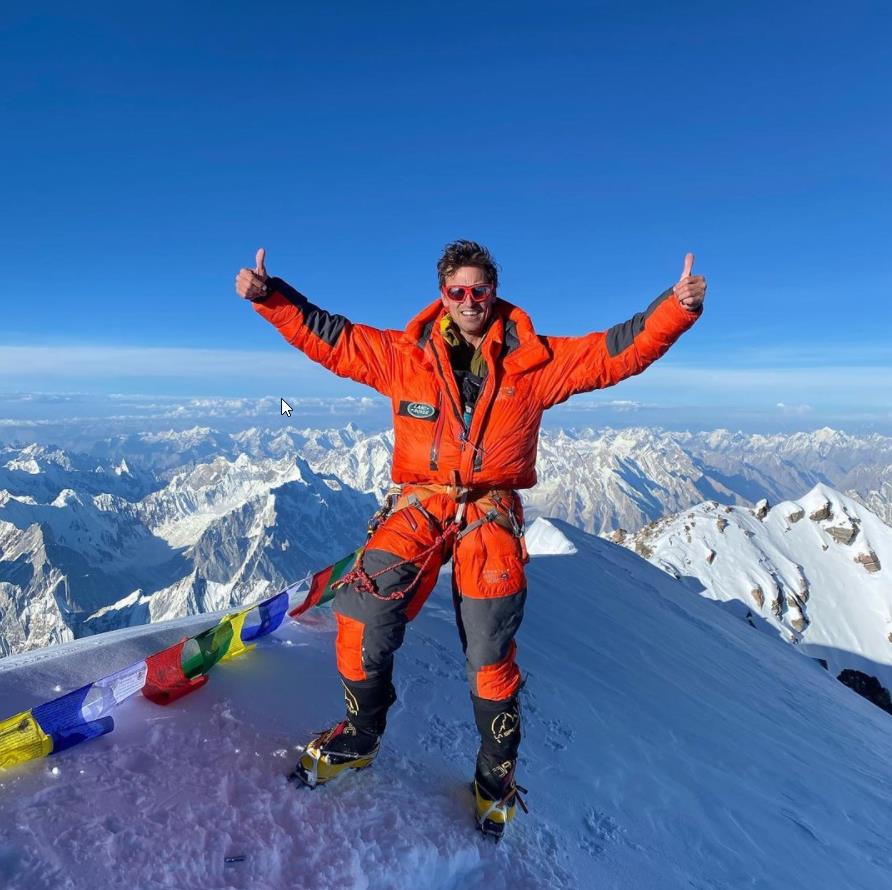 For his second trip to the greater ranges of the year, Kenton Cool returned to Pakistan to attempt K2. Having arrived in late June initial progress on K2 in early July was good with the rope fixing teams from Pioneer Expeditions having fixed lines to the high camps. By mid-July however the climbers were forced back down to Base Camp in the face of bad weather which brought high snowfall. Finally however, a good weather window was forecast a week ago and with the fixing teams leading the way the climbers began to make their way back up K2 for the summit attempt.

Cool left the high camp around midnight and climbed through the night. Successfully passing the infamous Bottleneck, Kenton summited K2 at 06:00 hrs on Wednesday 28th July.

Posting on his Instagram page Cool confirmed both his ascent and descent back to the high camp:

“Not a breath of wind or a cloud in the sky….the perfect day!

Thank you to EVERYONE that made this possible!!

Now all Sherpa, Pakistani staff and member safe at Camp 4.”

It was Kenton’s second trip to the Karakorum; his first trip - 28 years ago – as a fresh-faced 19-year-old was his first-ever trip to the greater ranges. Cool’s ascent of K2 is his third 8000’er of 2021. On May 11th earlier this year - and also at 06.00 am - summited Everest – his 15th ascent. Immediately afterwards he went on to do the Lhotse double.

Kenton was climbing as part of a team lead by Garret Madison of Madison Mountaineering. In addition to Cool, a total of eight other climbers and 12 Sherpa summitted K2 on July 28th. Alongside Cool were four other fellow Brits: Robert Smith, Rebecca Ferry, Jon Gupta and Rob Lucas.

Two other climbers, Hugo Ayavira and Neils Jasper, also summited at 09:30 am after the main Madison Mountaineering group. Neither of these climbers used supplementary oxygen. Impressively, Ayaviri and Jasper had previously summited Broad Peak on July 18th also without supplementary oxygen.

Also active on K2 as part of the Madison Mountaineering team was a small team of climbers involved in a Search and Recovery operation for Ali Sadpara, John Snorri and JP Mohr - the three climbers which died during the winter attempt on K2. It is understood that the bodies of the three missing climbers had been found on July 26th in the area of the Bottleneck. Four climbers from the Madison Mountaineering Search and Recovery team, Sajid Sadpara, Elia Saikaly, Sherpa PK and Fazal Ali also summited K2 on July 28th and on their descent recovered the bodies of the three missing climbers. More information will be released when the Search and Recovery team return to Base Camp but it is understood that the bodies have been secured at Camp 4 pending possible subsequent recovery.

Prior to the summit activity on July 28th, a total of ten climbers and nine Sherpa, lead by both Lakpa Sherpa and Mingma Dorchi, on a Pioneer Expeditions trip had summited K2 the day before on July 27th. It is understood the that two-man fixing team from Pioneer Expeditions, Sanu Sherpa and Chiring Namgel Sherpa, were first to summit K2; the other seven Sherpa accompanying the climbers. Included with the ten climbers to successfully summit were two Ukrainian climbers; Iryna Galay who became the first Ukraine woman to summit K2 and Dmytro Semeshkin who climbed with supplementary oxygen.