Kenton Cool has made a record-breaking 16th ascent of Everest, the most by any non-Sherpa mountaineer. 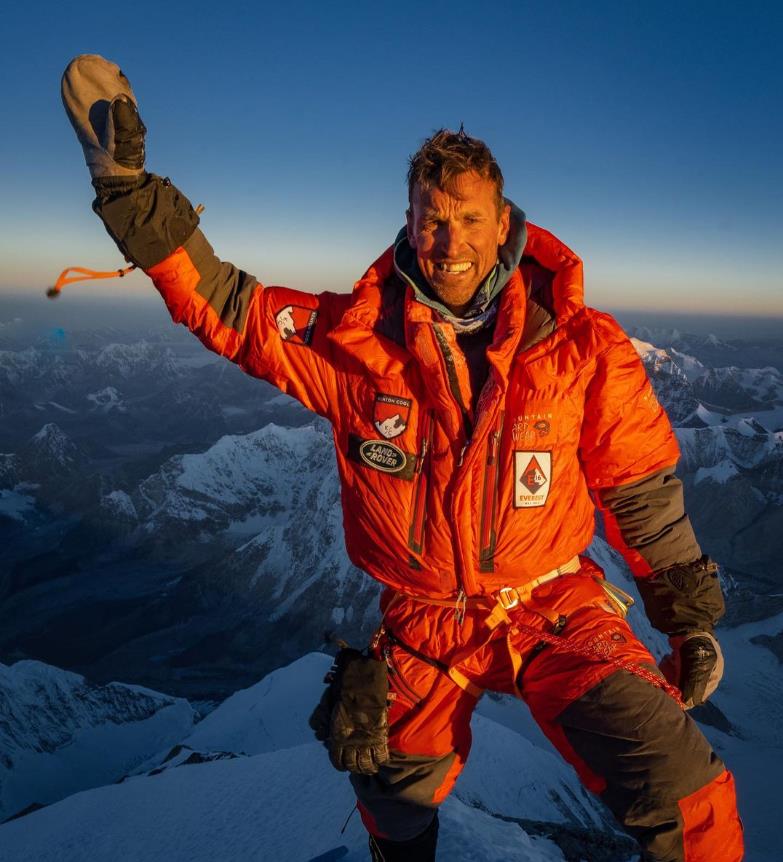 Kenton Cool, along with his client Rebecca Louise Smith and the rest of his team, summited Everest at c.04:30 on May 15th. High winds had prevented an earlier ascent forcing additional time to be spent on route in the high camps.

Writing on Instagram Cool said this after his 16th ascent: 'This was after one of the most spectacular climbs I’ve had on Everest. The almost full moon, glistening stars and cloudless sky provided the backdrop. Meanwhile the climax was watching the sun break the horizon as we stepped onto the top giving us unforgettable light… It’s summit 16 for me, a record of sorts but really it’s not about that, it’s a celebration of teamwork, dedication and passion. I’d like to thank all the crew but especially the following sherpa team without whom none of this could happen….'

Cool, whose previous clients have included Sir Ranulph Fiennes and Ben Fogle, made his first ascent of Everest in 2004. Since then, Cool has summited every year since barring ascents in 2015, 2017 and 2020. He did however make a double ascent in 2007. Cool was also the first mountaineer to complete the so-called Everest Triple Crown of climbing Everest, Lhotse and Nuptse in one push without returning to Base Camp.

With his last ascent, Cool has now climbed Everest more times than any other non-Sherpa; previously, he had equalled the record alongside the American guide David Hahn. Remarkably, Kami Rita Sherpa has just completed his 26th ascent of Everest – the most of any Sherpa!

As usual, Cool used supplementary oxygen for his latest ascent. Whilst this is entirely ‘normal’ for guided ascents, a ‘non O2’ ascent is still relatively unusual despite being first accomplished by Reinhold Messner and Peter Habeler in 1978.